Dana Gayle Stewart Mallin was born in 1945. She attended the University of Manitoba and graduated with a Bachelor of Interior Design in 1967. Two years later, Mallin began working for the architectural firm Green Blankstein Russell (GBR). She worked at GBR until 1971.

Mallin spent a large portion of her career in academia. In 1972, she was hired as a lecturer at the University of Manitoba. She continued to work at the university, eventually being appointed to assistant professor in 1979 and promoted to associate professor in the Department of Family Studies in 1989. She became an adjunct professor with the department by 1993. Mallin continued her studies at the University of Manitoba while she was working. She received a Master of City Planning in 1984 and a PhD in 1992.

Mallin’s expertise included addressing the changing needs of people as they moved from newlyweds to grandparents. During her career, Mallin was well published and greatly respected by her colleagues. She published several books, including: The Winnipeg Core Areas Initiative: A Case Study in Urban Revitalization (1993); Aging in Place: A Study of Retirement Housing Decisions of Selected Winnipeg Homeowners (1993); and Home Adaption Services for Seniors and People with Disabilities: Planning, Developing, Marketing, and Delivering (1996).

Mallin was very involved in the design community. In 1977 she was appointed to the board of the Design Institute and was appointed chair in 1983. Later in life, Mallin spent several years volunteering as a teacher of English as a Second Language. 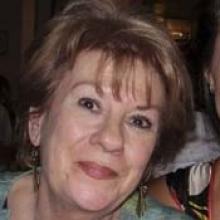