He was educated in Scotland and earned his degree in architecture from University of Dundee as well as a bachelor degree in architecture at University of St. Andrews. His university training was interrupted by four years of service in the Royal Air Force, two years as a Commissioned Officer (Captain) that took him to various training bases including Johannesburg, South Africa. David first worked in 1951 as a design architect at Sir Basil Spence & Partners in Edinburgh then a senior design architect with Walker & Pride in St. Andrews from 1952-1954. There he met his future wife Margaret. After Margaret immigrated to Canada with her family in May 1954, David followed her to Canada two months later. He was proud to become a Canadian citizen in 1967.

David worked at Moody, Moore & Partners from 1954-1968. From 1968 -1973 he was the Planning Coordinator and Secretary of the Manitoba Health Sciences Coordinating Council including The University of Manitoba, The Winnipeg General Hospital, The Children's Hospital, The Sanatorium Board of Manitoba, The Cancer Treatment and Research Foundation and The Psychiatric Institute. From 1973-1977 he was the Director of Planning at the Health Sciences Centre and his activities included designs for the Rehabilitation Centre.

In 1977 David established the David Brown and Associates consulting firm and university lecturer. From 1977-1979 David was an independent planning consultant for government agencies, governing boards, architects and engineers. In 1979 David and Margaret moved to Grande Prairie, Alberta where David was the Project Architect for the Queen Elizabeth II Hospital. David and Margaret moved to Calgary in 1982 to join Neil MacConnell/Graham McCourt Joint Venture Architects and on to Edmonton in 1985-1988 as Associate Director Facilities Management at the Edmonton General Hospital/Grey Nuns Hospital. In 1988 David and Margaret moved to Nassau, Bahamas where David coordinated the completion of the Bahamas Health Project Functional Programme as an associate with RMC until 1991. The next move was to Malaysia in 1991 to carry out a review of health care planning for the Government of Malaysia. Back in Canada David and Margaret settled in Cowichan Bay on Vancouver Island, BC where he worked for MacConnell Management until 1996. 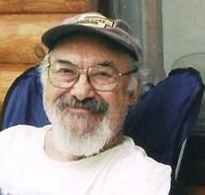