David Wagner was born and raised in Winnipeg, Manitoba. In 1972, Wagner graduated from the University of Manitoba with a bachelor’s degree in Economics and History. In 1973, Wagner began working as a Student of Accounts for the accounting firm Clarkson Gordon & Co. in Winnipeg. By 1975, he became a Grounds Keepers at the University of Saskatchewan in Saskatoon and that same year he began working on his Masters in Landscape Architecture at the University of Manitoba. While working on his Masters, Wagner worked as a Landscape Designer for Parks Canada from 1976 to 1978. When he left Parks Canada, Wagner took a position as Staff Landscape Architect with the firm Dunbar Paterson Rose Associates. In 1979, Wagner left his position with Dunbar Paterson Rose Associates to found his own firm, David Wagner Landscape Architects.

Wagner completed his Masters in 1980 and that same year, his firm changed its name to David Wagner Associates Inc. An important project the firm worked on in the 1980s, and Wagner and Laurie Lamb Wagner’s first award from the Canadian Society of Landscape Architects (CSLA), was the extension to Central Park in Winnipeg. The project, which was completed in 1986 and won the CSLA Prairie Regional Citation award in 1987, developed out of the North of Ellice Neighborhood Streetscaping Project for the City of Winnipeg. As stated by Wagner in his article “The Extension to Central Park” in the Landscape Architectural Review, the goal was to create a neighborhood identity for the area. The extension to the park was conceived as a linear and passive park and its design sought to link the many architectural styles seen within the neighborhood. Another big project Wagner worked on in the 1980s that also resulted in a CSLA Prairie Regional Citation award was the Selkirk Avenue Development.

Wagner and his firm continued to receive awards for their work in the 1990s. Wagner’s expertise include, but are not limited to, city parks and playgrounds, private gardens, golf courses, urban streetscaping, and memorials. In 1994, the firm received the CSLA National Merit award for their Clear Lake Golf Course Tender Submission. Wagner has designed numerous golf courses in Manitoba, including Niakwa Golf Course, Elmhurst Golf Course, and the Winkler Golf Course. Wagner has also designed golf courses in Ontario, British Columbia, and Russia.

In 1996, Wagner and his firm received another CSLA award for the Corydon Hugo Piazza. A lot was purchased on a street corner just off Corydon in a residential area and this lot was turned into an urban plaza. Wagner and the firm worked and consulted with community groups during the planning and designing of the piazza. The piazza was divided similarly to a residential lot, with a division of front yard, house, and back yard. Wagner has also been involved in streetscaping on some of the most important streets in Winnipeg’s Exchange District, such as Bannatyne Avenue, McDermot Street, Princess Street, and Arthur Street.

In 2006, Wagner received a CSLA Prairie Regional Citation award for the Soldiers at Valour Road Memorial. This memorial, at the corner of Valour and Sargent Avenue in Winnipeg, was created to honour the Victoria Cross Soldiers. It features tyndall stone monuments as well as decorative concrete work and plantings. Remembrance day ceremonies are often held at this commemorative plaza designed by Wagner. The Jules Mager / Arden Seven Memorial on the corner of St. Michael Road and River Road in Winnipeg was also executed by Wagner. Other memorial projects in Winnipeg by Wagner include the Brookside and Transcona Memorial Gardens, the Area D Mausoleum at the Brookside Cemetery, and the Elmwood Cemetery Entrance Gates.

In addition to his work as a landscape architect, Wagner has been a guest lecturer and instructor for various institutions. For example, Wagner has acted as a Guest Studio Critic, Guest Lecturer, and External Examiner for the Thesis Committee all for the Department of Landscape Architecture at the University of Manitoba. Wagner has also been an Instructor at the University of Winnipeg. He has sat on committees for the City of Winnipeg, such as the Urban Design Review Committee, and has several professional memberships, including the Golf Course Superintendents Association of America and the Donald Ross Society. Further, Wagner is a member of the Manitoba Association for Landscape Architects and the International Federation of Landscape Architects. He is also a member and fellow of the CSLA. 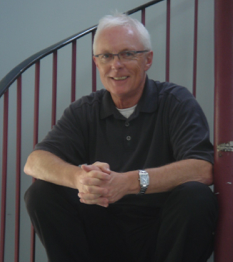