Donald Aynsley Ross, was born in Winnipeg on 26 September 1877. He attended Upper Canada College and the University of Toronto. He became a mining engineer in British Columbia; and from 1900-1906, was a locating engineer for the Canadian Northern Railway, during which time he oversaw construction of the Pinawa Channel Dam on the Winnipeg River. In 1906 he formed an architectural partnership with Ralph B. Pratt.

Ross was also involved in real estate and during his career was president or director of a number of local and regional realty companies, including the Hugo Ross Realty Company and the Western Canadian City and Town Lands Corporation. He also served chairman of the Aesthetic Development Committee of the Winnipeg Town Planning Commission and vice-president of the Manitoba Association of Architects. 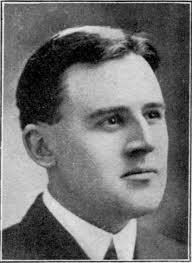