Donna Mae Yeo (nee Tully) was born in Winnipeg, Manitoba on September 16, 1928. Yeo lived in Ottawa briefly and attended Lisgar Collegiate when her father was posted to Ottawa. Following the Second World War, they returned to Winnipeg and Yeo attended Kelvin High School. She then studied at the University of Manitoba, graduating with a Bachelor of Interior Design in 1950. She was a founding member of the Student Society of Interior Designers.

Upon graduating, Yeo moved to Vancouver and worked as a designer for Ridgewood Studios between 1950–52. While there, she served on the Executive Board of the Interior Designers Institute of British Columbia. Yeo returned to Winnipeg in 1952 and began a position as Interior Designer at Wilson Stationary Co., where she worked until 1960. Yeo was a freelance Interior Designer for various commercial clients until 1979.

Yeo’s service extended beyond the Interior Design profession. She served on the Council of Women of Winnipeg and Provincial Council of Women of Manitoba; helped found the Language Bank of Winnipeg, a twenty-four-hour emergency translation service; participated in the Assiniboine Park Fort Garry Residents Advisory Group; and was appointed to the Civic Charities Endorsement Bureau by the Winnipeg City Council. Yeo also founded and operated TOTS (Take-Out-Toy-Service), which was a toy lending service for children with disabilities. 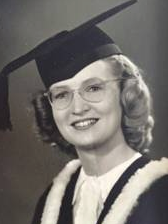 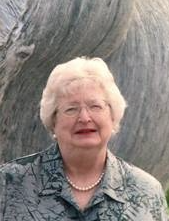