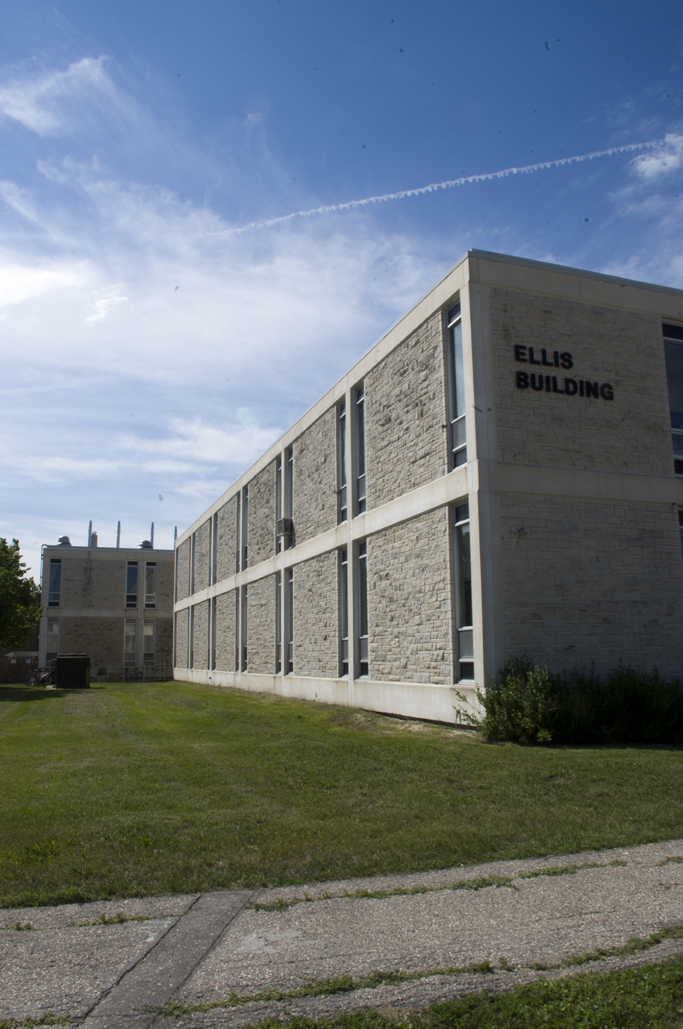 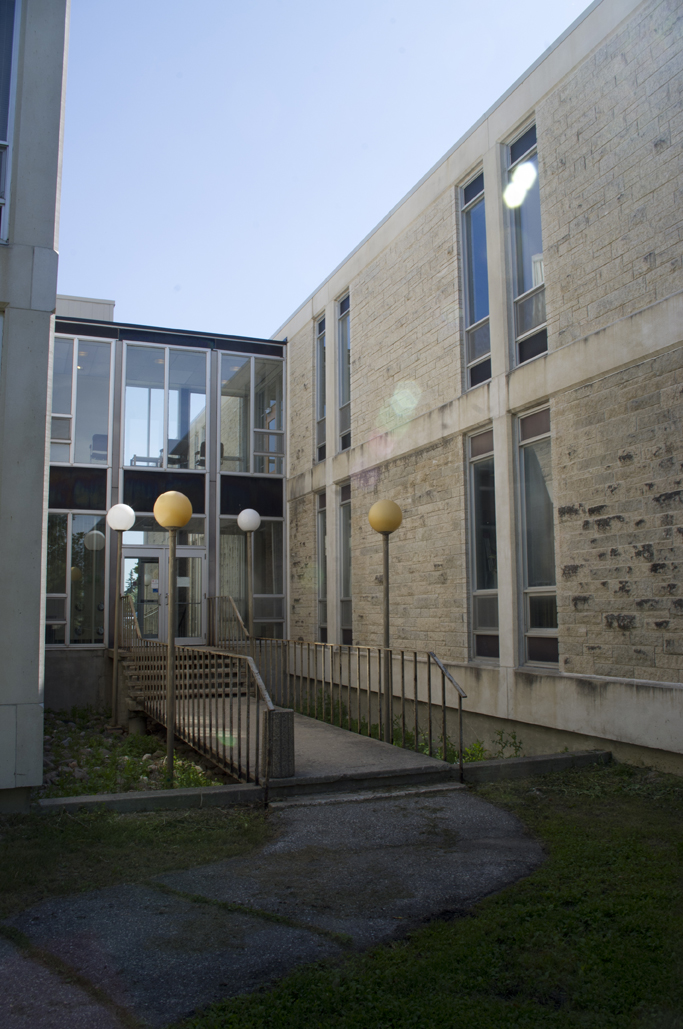 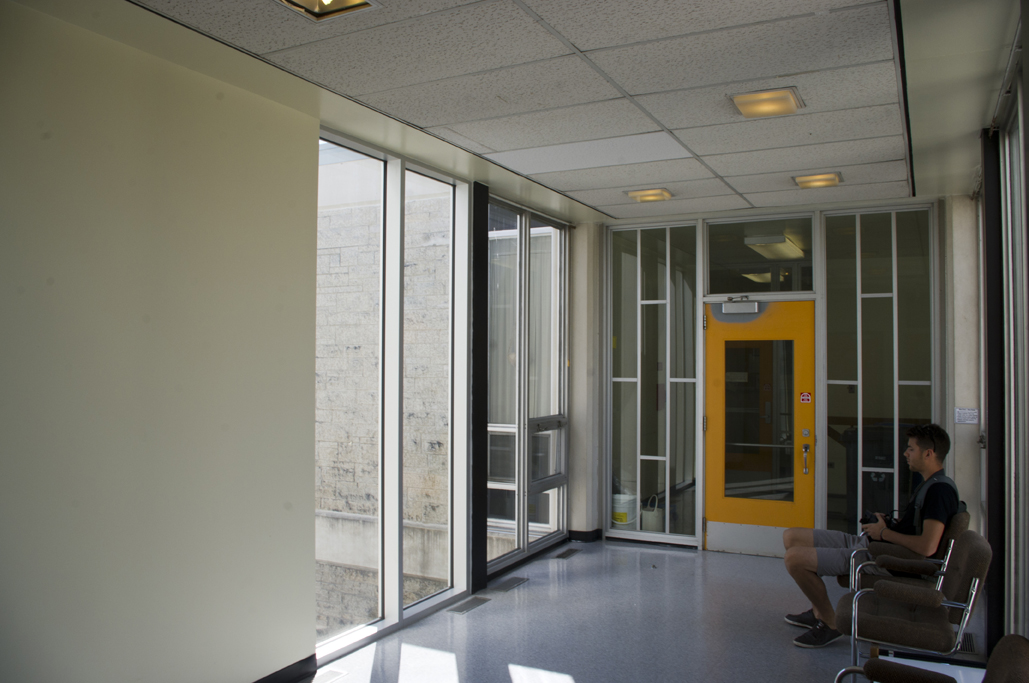 The Ellis Building, also known as the Food Science Building, was originally constructed as a one-storey structure. In 1969 a second storey was added, as well as a new two-storey wing to the south of the 1966 building. Materials and finishes were chosen to duplicate the original portion. The facility, used by the Departments of Soil Science and Food Science, is sheathed in rough-hewn, random patterned Tyndall stone and concrete. The windows are grouped in vertical pairs, which provides a rhythm to the facade, as well as lightening the visual appearance.