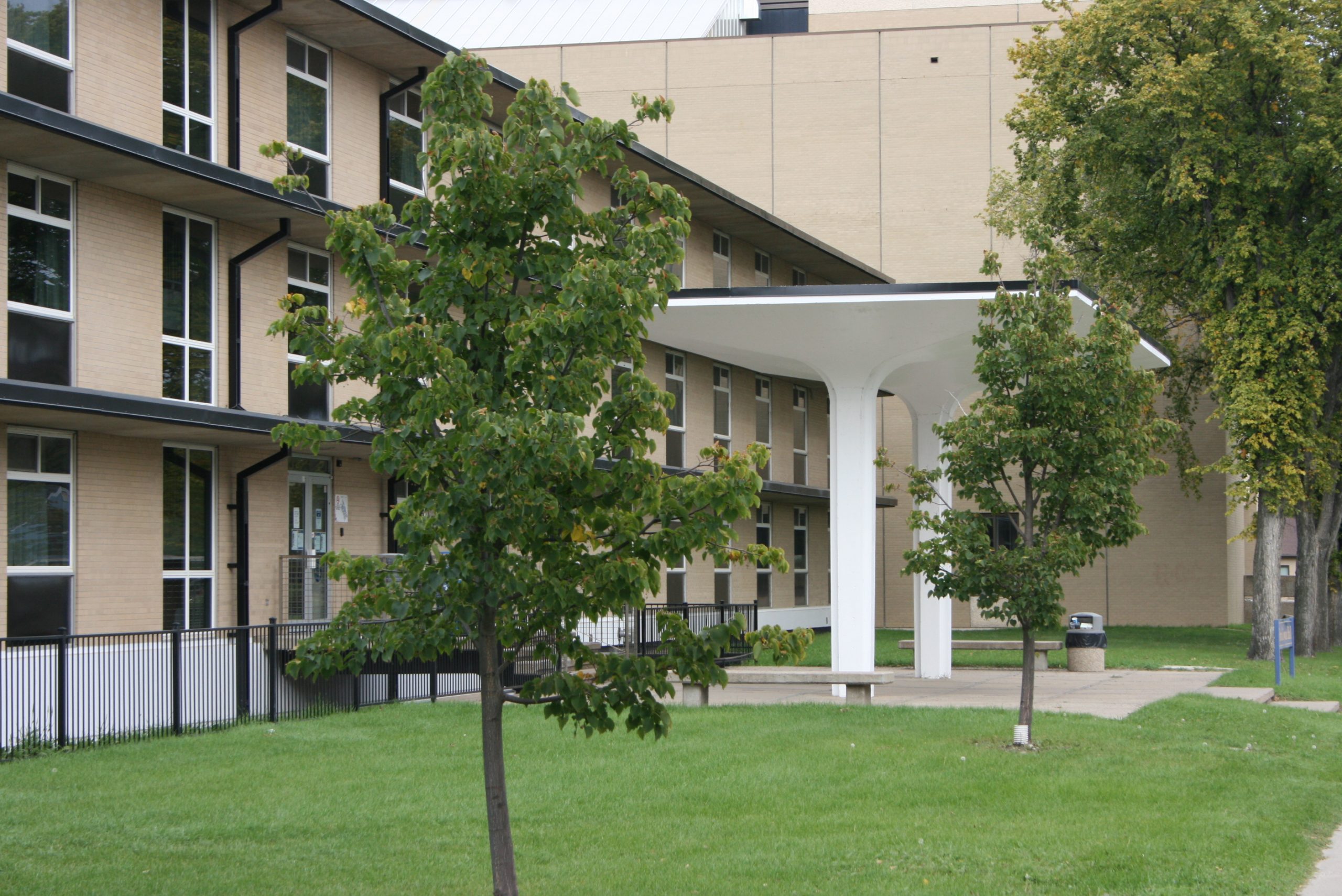 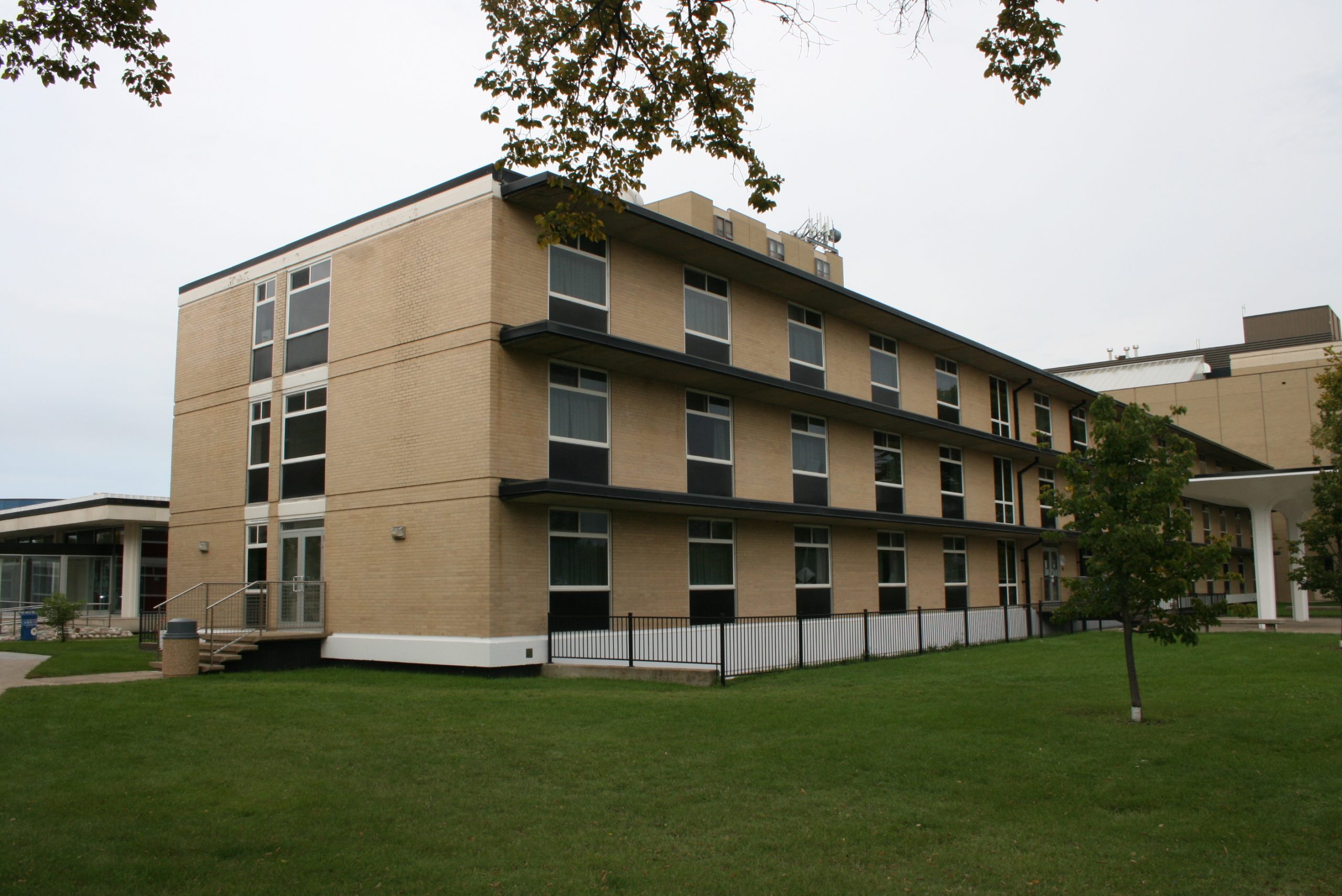 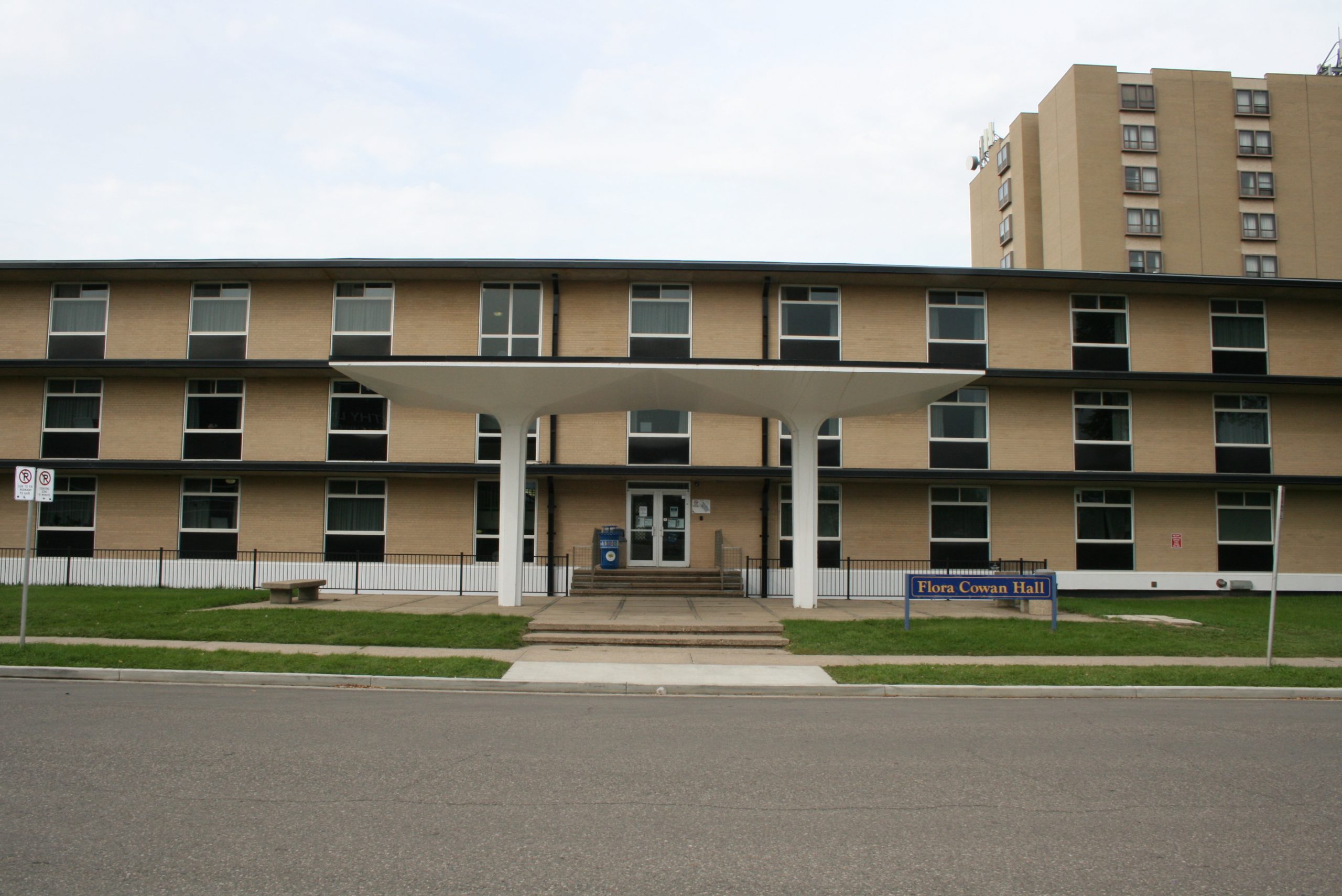 Flora Cowan Hall was built in 1963 as a women’s residence, to replace the former residence in Clark Hall. In addition to dorm rooms, the three-floor residence has two fireplace lounges, a kitchenette, and a laundry room.

The residence is named after Flora Cowan, who became Dean of Women at Brandon College in 1953 and served in that position for 14 years. She served for 16 years on Brandon City Council as the second woman elected. Cowan was also a member of the Imperial Order of the Daughters of the Empire and an active member in the Brandon church community.

Flora Cowan Hall is connected directly to the other two residences and the cafeteria. Its external structure is notable for the soaring and dramatically floodlit concrete entryway along Louise Avenue.

The original Brandon College building, designed by Winnipeg architect Hugh McCowan, was officially opened on October 1, 1901. The façade of the building is built from locally produced brick and Manitoba limestone and features elegant arches and a Romanesque appeal. A chapel was a central interior feature. This building initially housed the College’s theology, commercial, and high school departments.

Clark Hall, designed by William Alexander Elliot and officially opened on October 27, 1906, is connected to and shares a similar design with the original Brandon College building. It was named after Dr. Charles W. Clark who funded $30,000 of the total $40,000 cost of construction. Clark Hall, originally used as a women’s residence, included a gymnasium, a music studio, reception offices, and a dining hall.

In the late 1990s, the Original Building and Clark Hall complex was completely renovated and reconstructed. Although the interior was gutted and rebuilt, the heritage brick exterior was preserved. An expanded fourth floor was added, additional space was created in the basement, and a new expansion was added to the west, designed to complement and enhance the existing historical design of Original Building and Clark Hall. The expansion includes a skywalk connecting to the George T. Richardson Centre.

Today, the fully restored original Brandon College and Clark Hall buildings are used as the main home for the Faculty of Arts. They include classrooms; study spaces; and offices for faculty, senior administrators, and finance and registration personnel.Source: University of Brandon Walking Tour