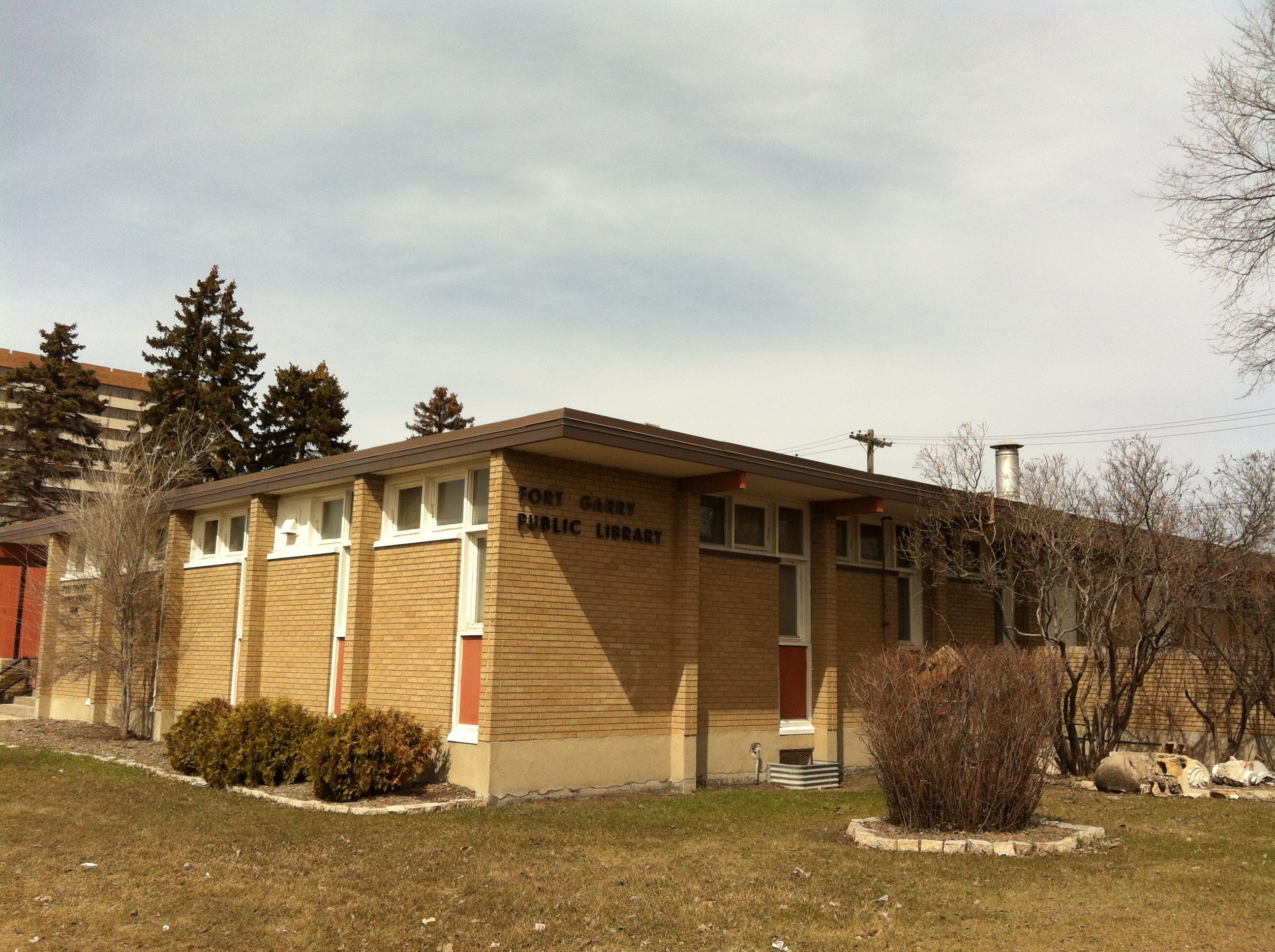 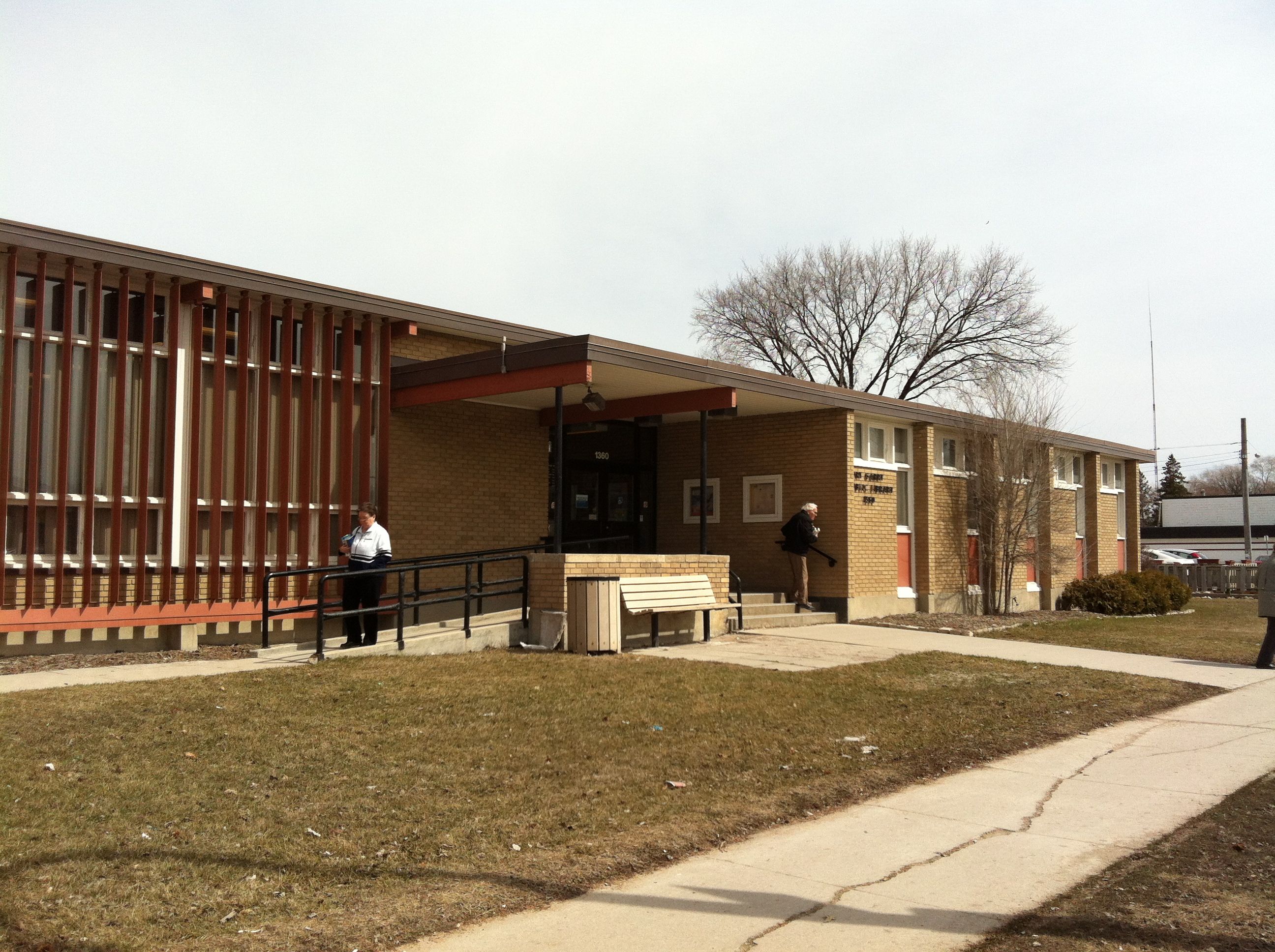 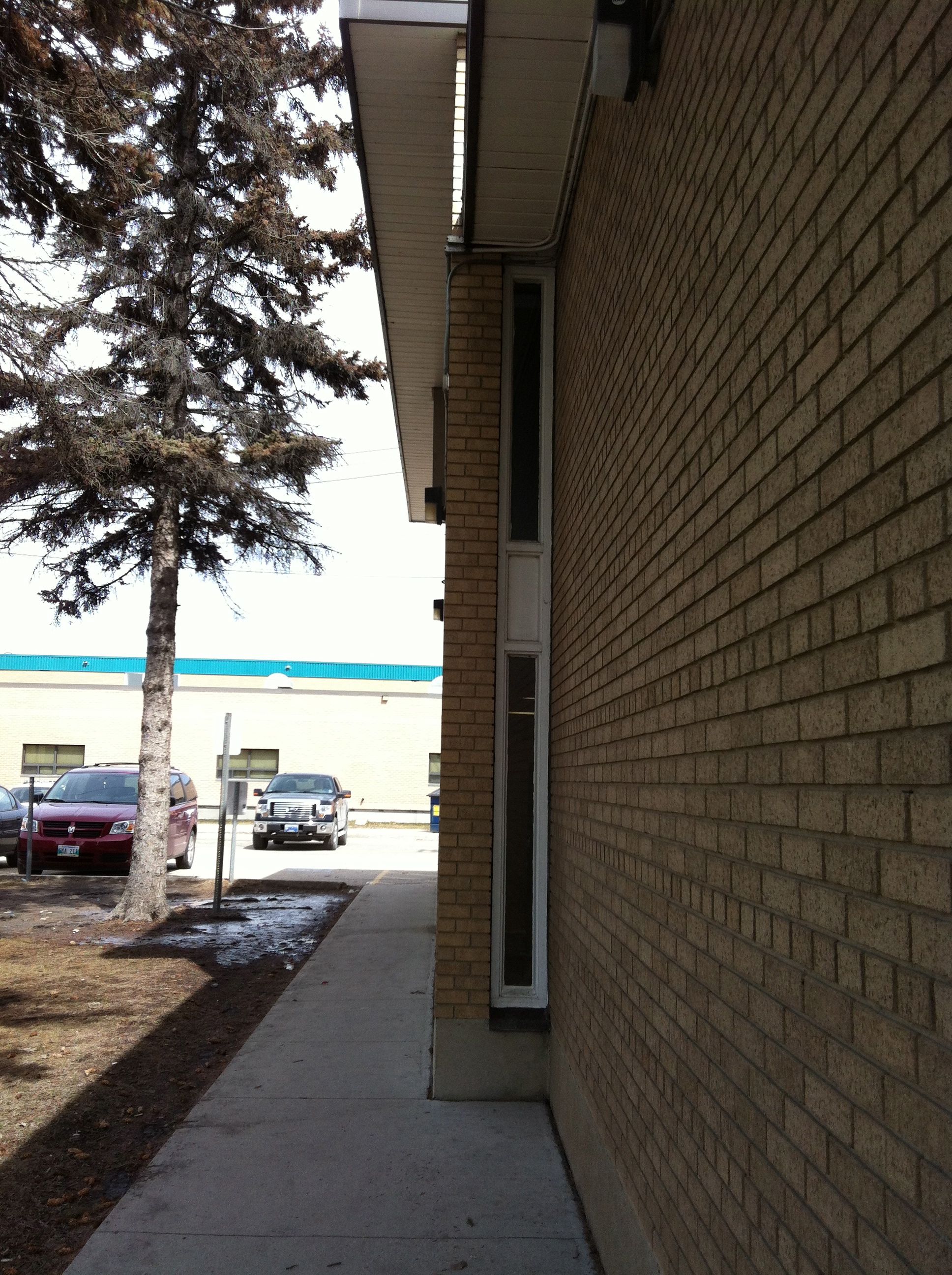 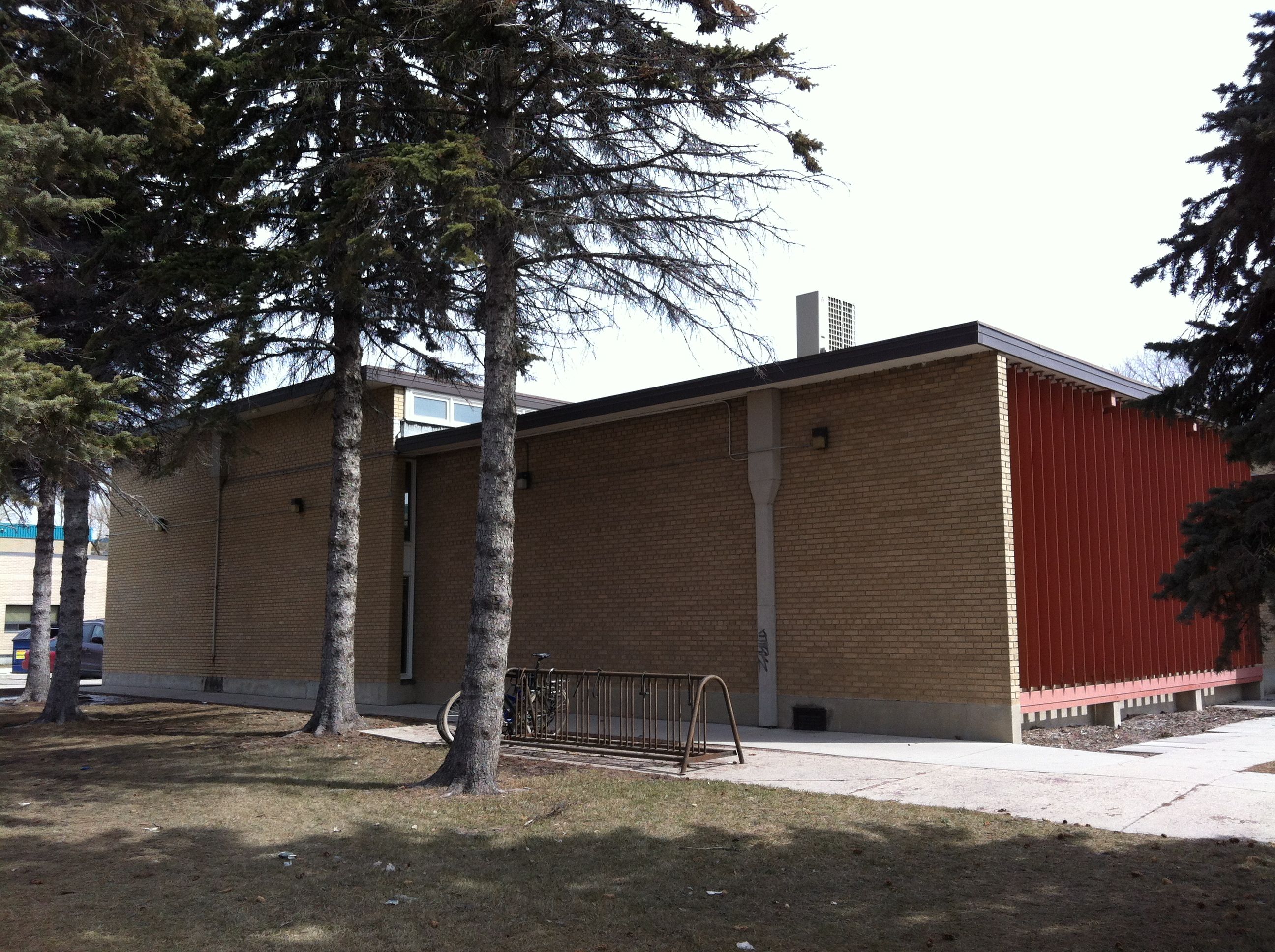 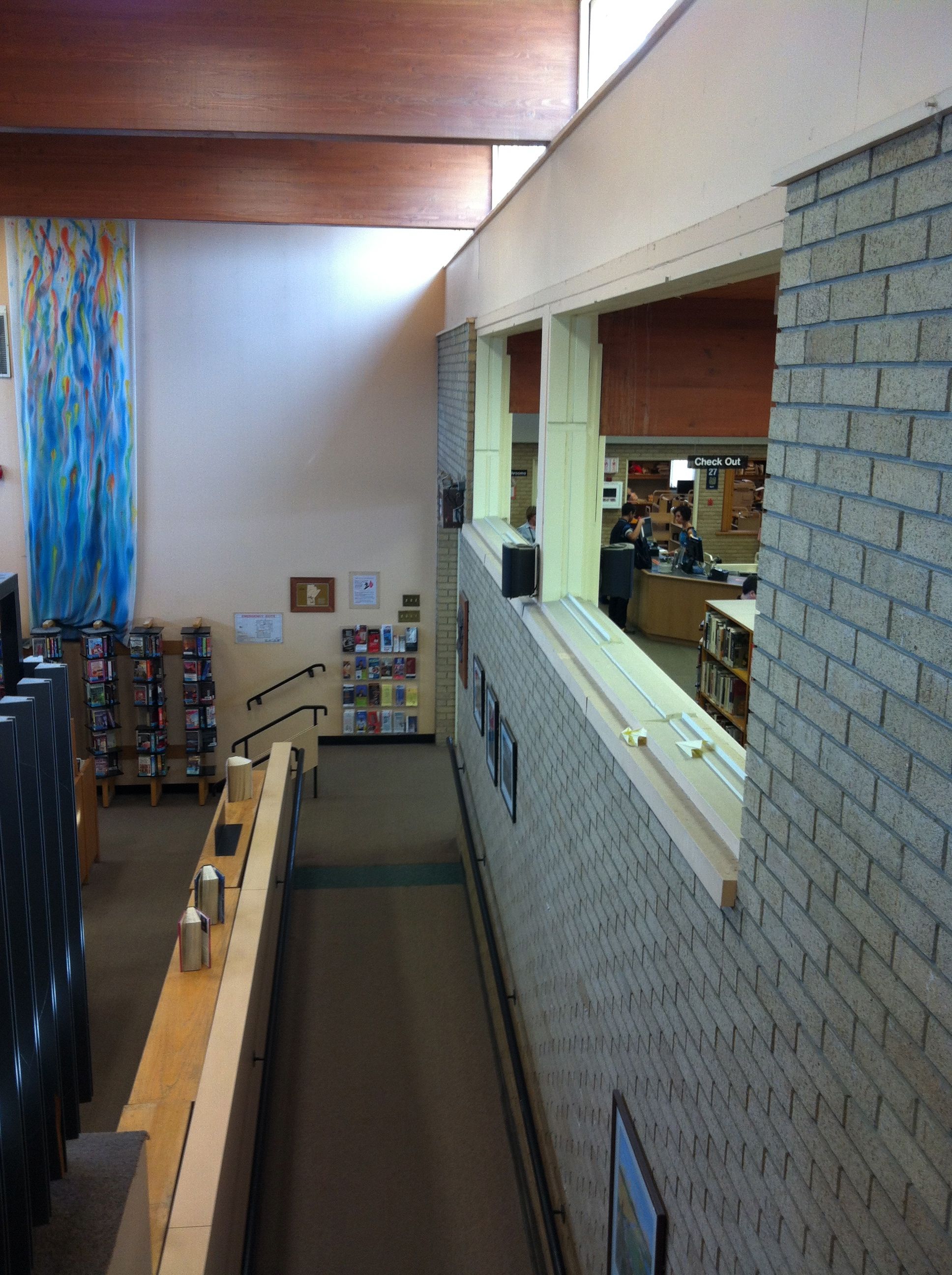 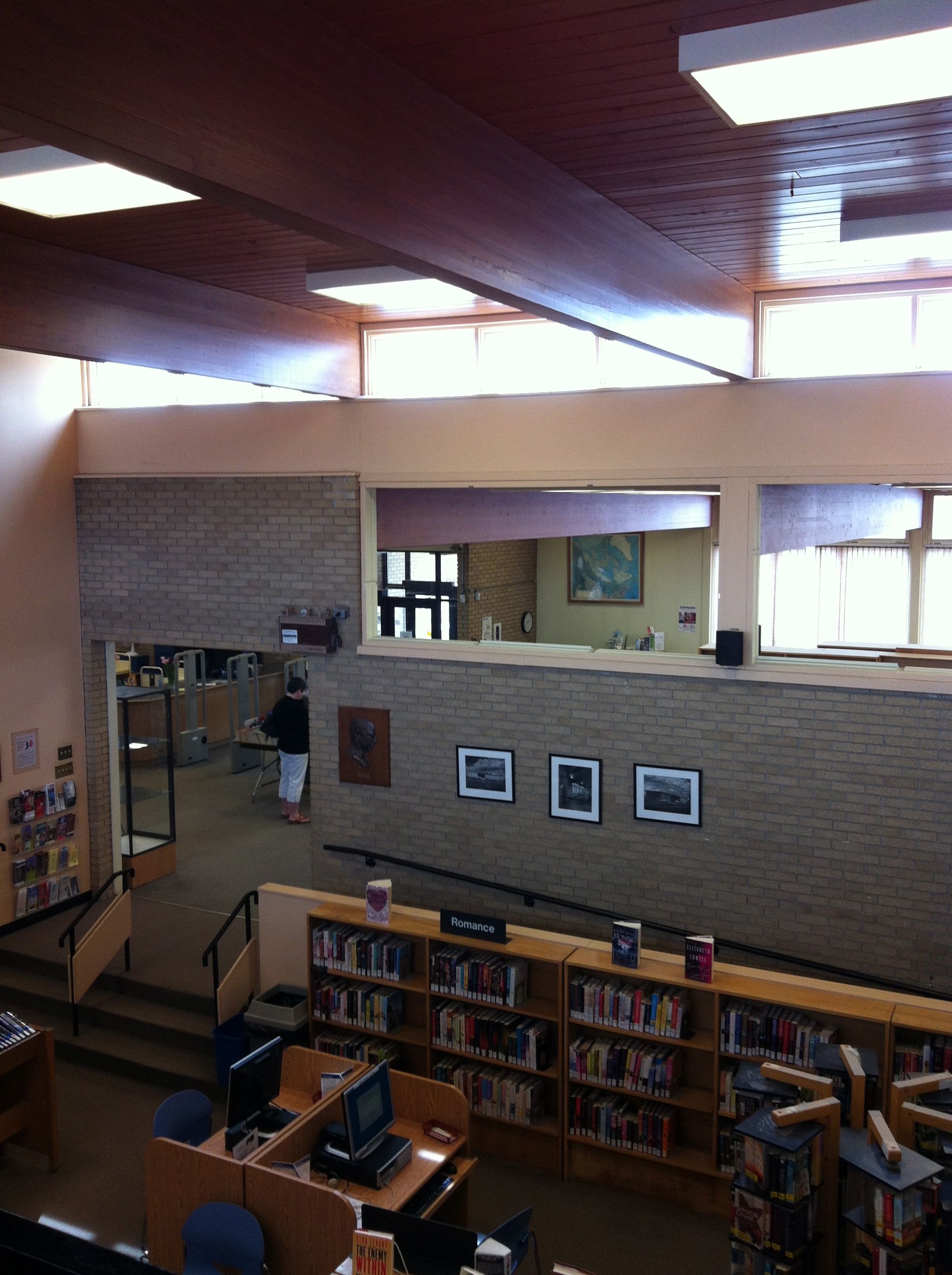 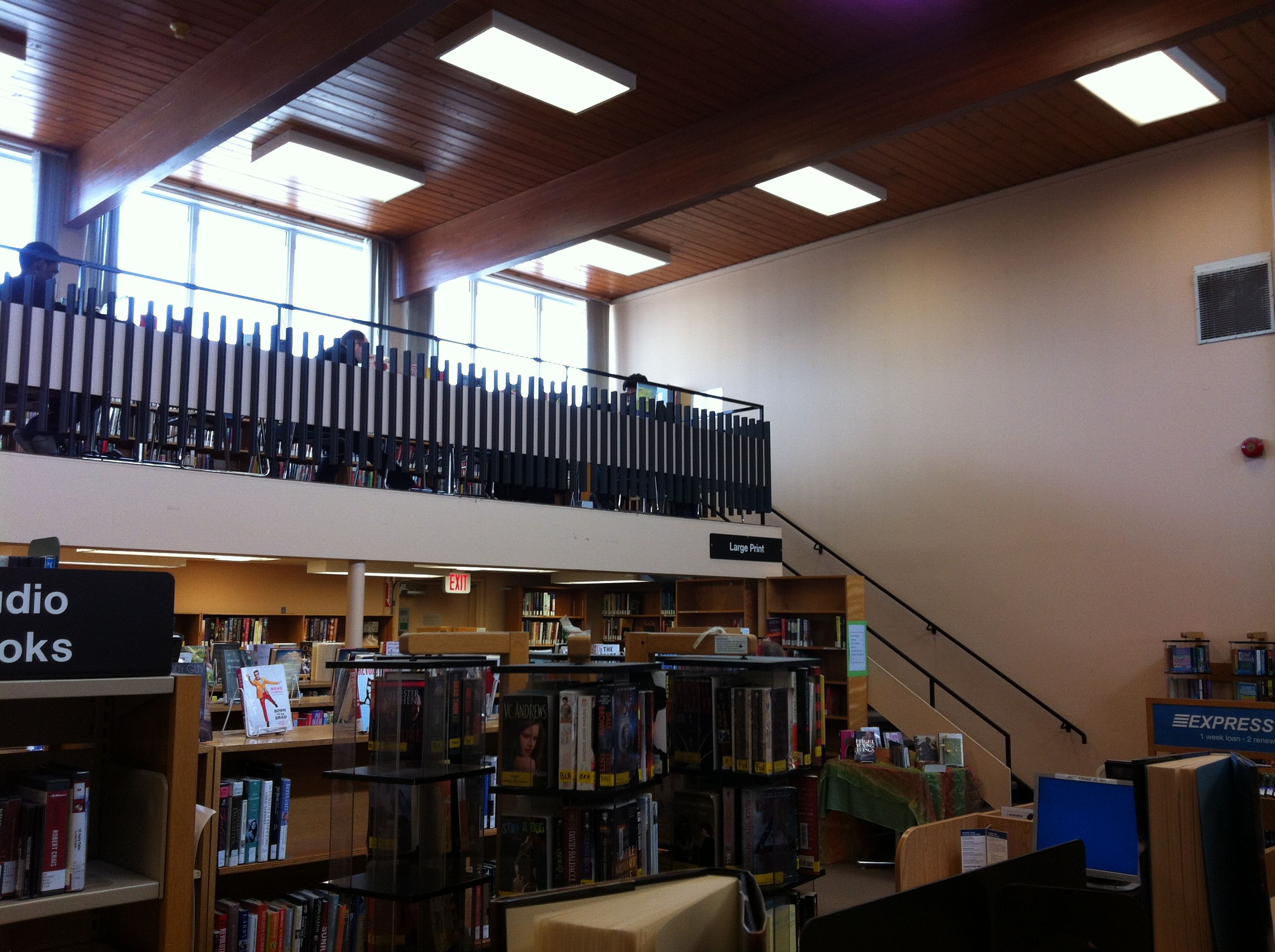 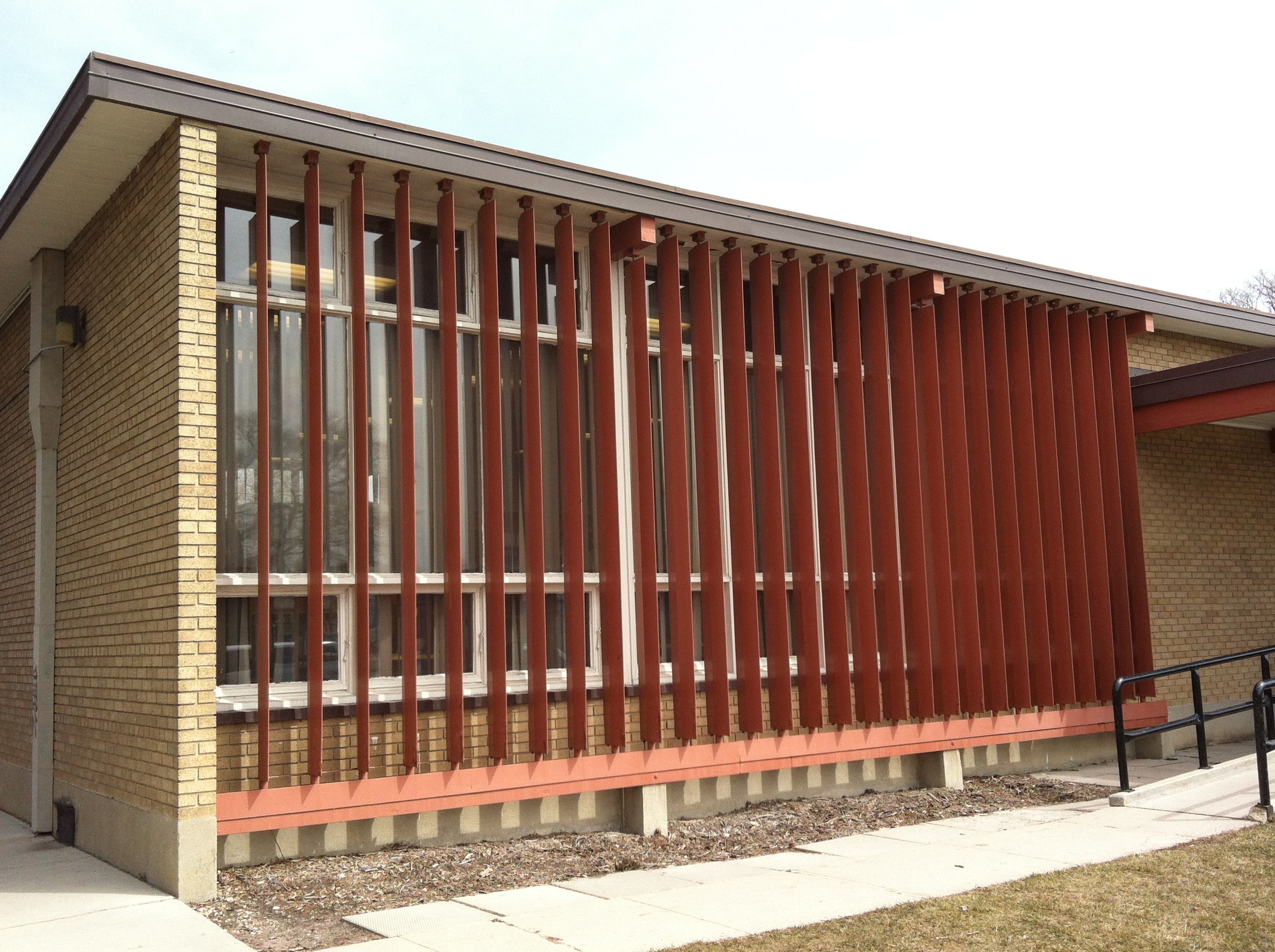 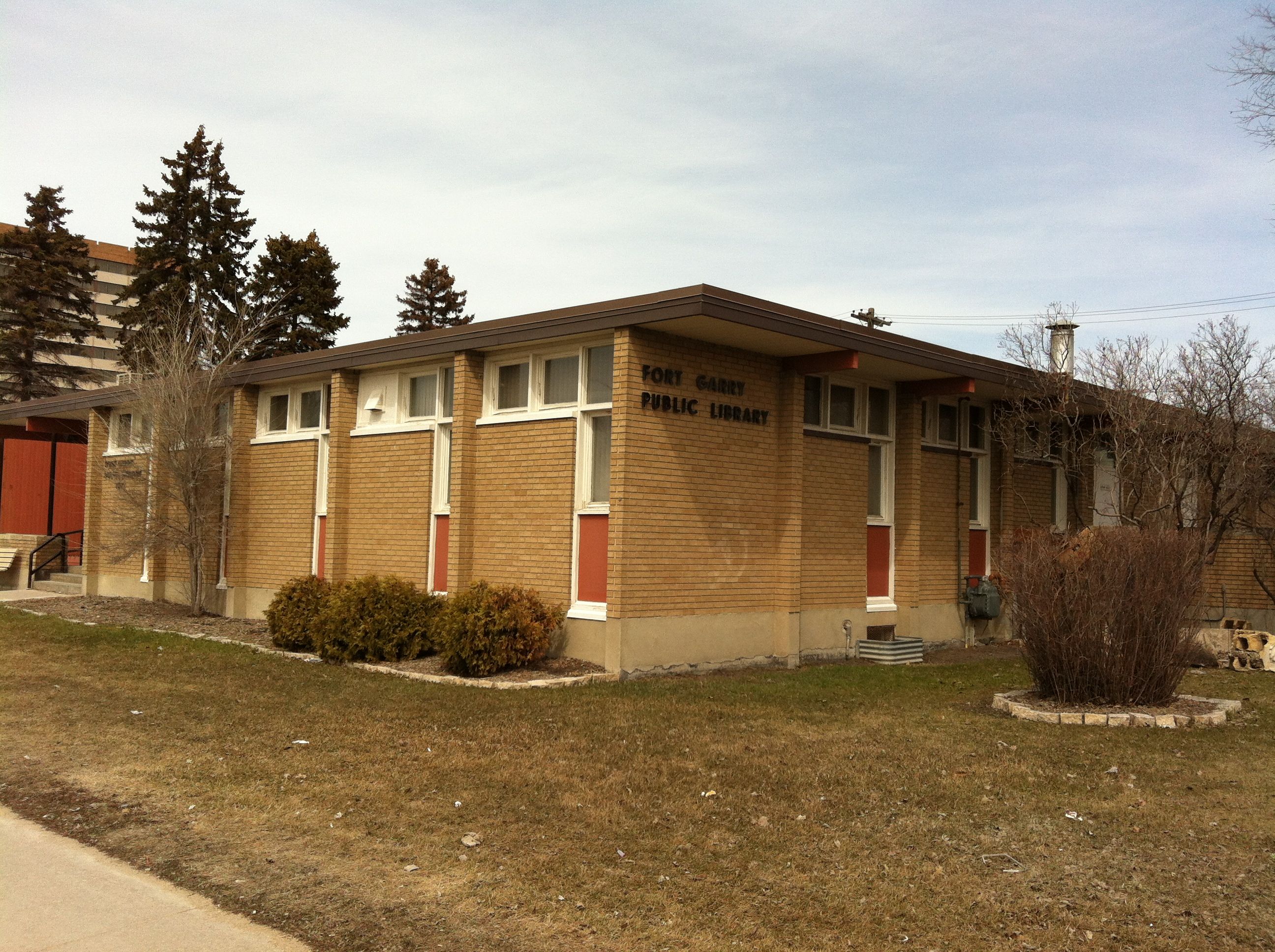 This medium-sized local library was designed by local modern architect George A. Stewart. Among the buff brick-clad structure's original exterior distinguishing features were the flat roof, slender clerestory windows, a canopy-covered entry and tall brise-soleil – tall sun-shades located in front of the main Pembina Highway windows on the building's west facade. The latter were removed in a recent renovation. Inside the building features a fluid and open arrangement of spaces, a highlight being the double-height main room and the prominent use of heavy laminated wood beams. Stewart said of the design of the building: "The role of the library in a modern community is to be a cultural and educational centre which helps people of all ages reach maturity rather than mere adulthood."

During 2014 renovations, the "brise soleil" were removed from the front windows and sadly were not replaced. These vertical shutters were an important component of the building"s modernist design.