Fuji Builders was founded in 1953 as a partnership between Yoshimaru Abe, Tucker Tanabe, Shigeto Shimoji, and Roy Murata. Sadly, Tanabe would pass away at a young age in 1964. They hired many Japanese Canadian craftspeople, including Harry Suga, Tosh Omoto, and Akira Tamoto, who later became president of the firm. Most Fuji Builders projects involved electrician Mickey Kojima of Goodman & Kojima Inc. Fuji was also known for bringing in tradespeople from Japan, and sometimes Europe, who possessed increasingly rare old-world skills.

The firm became successful, in part, because of its willingness to take risks on more complicated projects. This made Fuji Builders appealing to more innovative architectural firms, such as Winnipeg architects Smith Carter and Associates. Fuji became the first choice for the firm's partners, building Dennis Carter's summer home and Ernest Smith's house at 904 Kildonan Drive.

One of their earlier works was a renovation to Blond's Shoe Salon, located at the corner of the iconic Boyd Building at 388 Portage Avenue. The redesigned facade was designed by Charles Faurer Architect. The Richardsons, one of Winnipeg's most affluent and noteworthy families, were also regular customers of Fuji Builders. In 1976, the Richardsons donated their historic home at 475 Wellington Crescent to the City of Winnipeg to be converted into a public park. Fuji Builders was contracted to remove the original wood floor boards and install them in the home of J. Richardson Jr at 611 Hall Road. Another notable project was the residence of the consul general of Japan at 460 Wellington Crescent. This project was in some ways unique in that multiple Winnipeg-based Japanese-Canadian builders bid for the contract.

Many Japanese-Canadian builders tended to be quite reserved in their public life. Fuji Builders, by contrast, was a visible member of Winnipeg's Japanese community, undoubtably the result of their celebrity clientele and volunteerism. Fuji Builders and Contractors Ltd. is no longer in business, the reason for which is not clear. 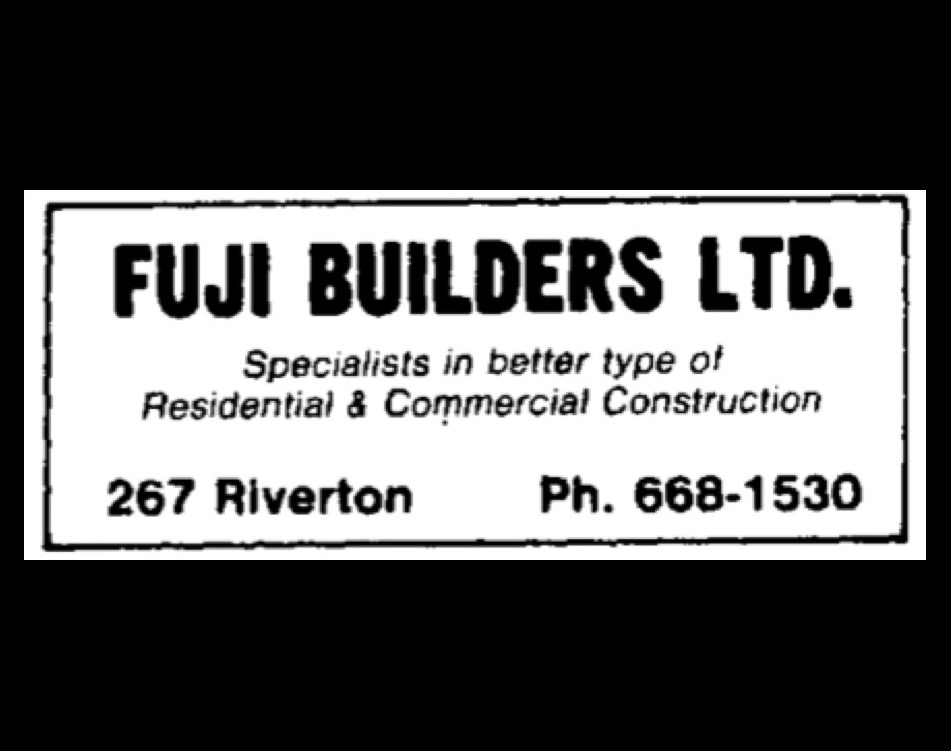 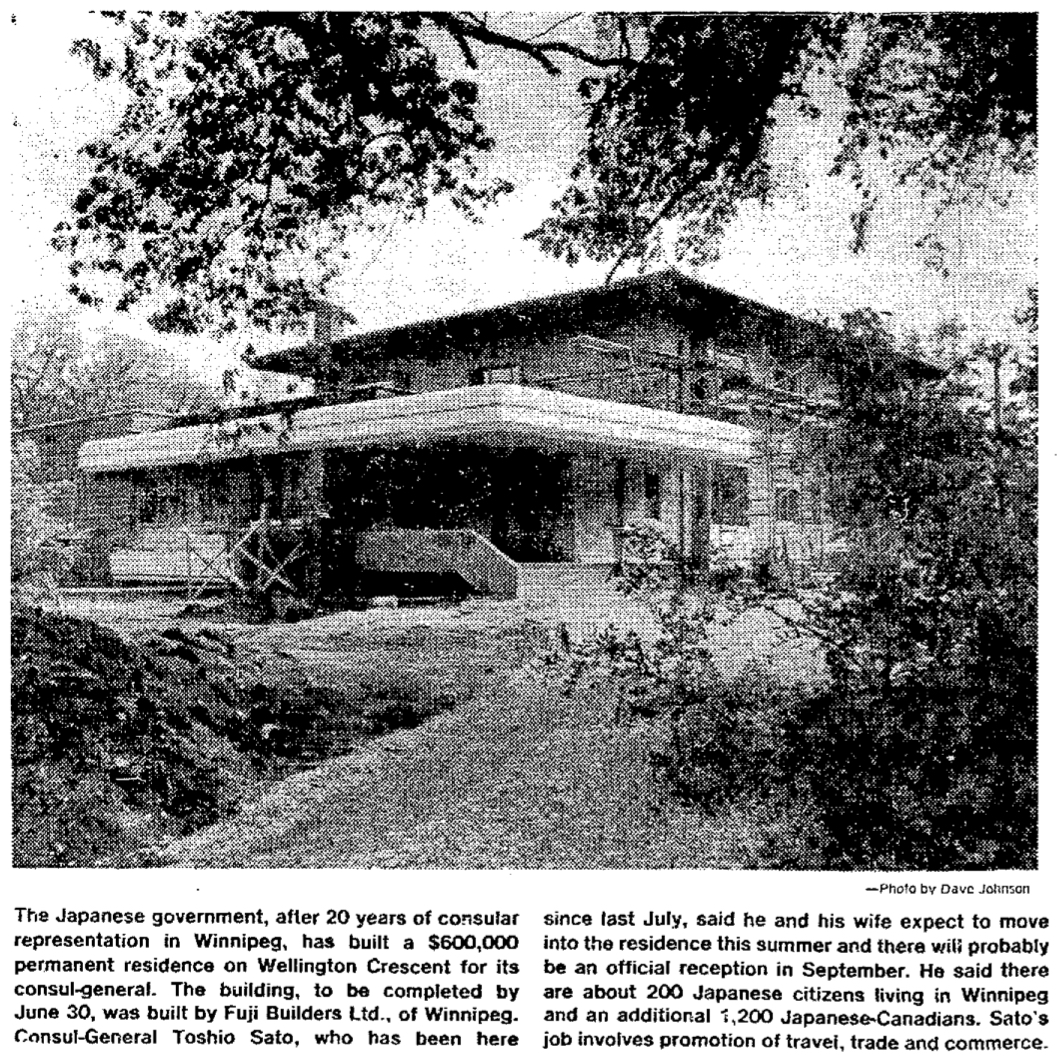