Gordon William McGarva was born in Winnipeg on March 10, 1935. He graduated from the University of Manitoba in 1958 with a degree in architecture, and won the thesis prize. Following graduation, McGarva joined the firm Kurnasky and Weinburgin Winnipeg where he did what he described as “general work” for one year before joining the firm Waisman and Ross in 1959. Here McGarva served as job captain on several large projects.

McGarva registered as an architect in 1960 and continued to work, as an associate, with Waisman Ross at its offices at 301-208 Edmonton Street through the early 1960s. He remained in the position as the firm amalgamated in 1964 to form Waisman Ross-Blankstein Coop Gillmor Hanna – forerunner of Number Ten Architectural Group. By this point McGarva had specialised in hospital and shopping centre design. Amongst other such projects in this respect, McGarva was associated with the design of the Westwood Shopping Centre (later Unicity Mall) on Portage Avenue in Assiniboia, completed in 1963. McGarva became a principal within the larger firm in 1969. He was involved with Number Ten’s projects in Northern Canada, with the Canadian Consulate in Islamabad, Pakistan (1971-73) and the Zambia Institute of Technology (1972-75). He also contributed specifically to the Churchill Townsite Redevelopment Project and the Air Canada Maintenance Complex in 1976-1977. McGarva worked on different projects in every Western province, and in Ontario.

McGarva was elected president of the Manitoba Association of Architects in 1977. In an interview with the Winnipeg Free Press upon his election, he emphasised the contemporary trend of the restoration and preservation of historic buildings. Where some architects found this type of work to be restrictive, McGarva embraced it with an unabashed fondness for the old styles. Standing in the banquet hall of the Fort Garry Hotel, McGarva marvelled at the quality of construction and the richness of detail. He believed that we needed to rescue our historic buildings because high-rises were no solution to the city’s renewal problems. People “need familiar objects, buildings and spaces to feel part of their community,” he continued, proposing that the tax system needed an overhaul in this direction and that the emphasis should be on maintaining entire districts, like the recently rediscovered Osborne and Albert Streets. McGarva retired from partnership in January 2001, but remained an active consultant on several projects. 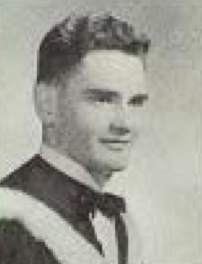