Born in Birmingham, England in 1940, Ian was a student at Warwick School and in 1965 completed his Architectural Degree at Birmingham University in England. He then moved to Canada to start his career which stretched over 30 years and concluded as a project manager at the Architectural and Structural Section of RCAF, A4CE, INFR6. 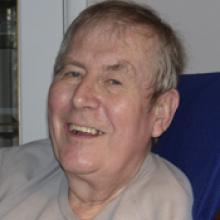