Isadore (Issie) Coop was born in Winnipeg in 1926. He attended the School of Architecture at the University of Manitoba, where he obtained his Bachelor of Architecture in 1948. Following graduation, Coop apprenticed with the architectural firm Green Blankstein Russell (later GBR) and registered with the Manitoba Association of Architects (MAA) in 1951. Coop then attended the Illinois Institute of Technology, graduating in 1953 with a Masters of Science in Architecture. There he studied under noted Modern architecture pioneer Mies van der Rohe. Upon his return to Winnipeg, Coop resumed his employment with GBR and was involved with such projects as the new Winnipeg General Post Office on Graham Avenue. In 1956, Coop left his position to form a new partnership with Morley Blankstein, with whom he had worked at GBR. Three years later, they joined two other young architects, Alan Hanna and Doug Gillmor, to form Blankstein Coop Gillmor Hanna. The firm later joined Waisman Ross architects and, in 1969, took the name Number TEN Architectural Group.

In 1957, Blankstein Coop came second in an Alcan competition for a Toronto office building. The following year Coop and his partner Blankstein competed against 90 other architects in a national competition for the new Winnipeg City Hall; although they did not win, they received an honourable mention. The firm’s luck changed when the partners won a national competition for the Mendel Art Gallery and Conservatory in Saskatoon in 1962 (constructed in 1965) and an award for the Canadian Housing Design Council for a multi-housing development at the corner of Grant and Centennial. As Waisman Ross Blankstein Coop Gillmor Hanna Architects/Engineers the firm participated in many notable projects, including the University of Manitoba Student Union Building (also known as University Centre), the project for which Coop was most proud. During his time at Number TEN Architectural Group Coop worked on, among other buildings, Winnipeg Art Gallery, 1970. Number TEN, along with architect Gus Da Roza, served as associate architects, with Coop in the role of partner-in-charge. As well, Coop was in charge of Design and Production in a consortium for the Winnipeg Convention Centre (1972-1974), the Royal Trust Tower and the Rupertsland Square Complex (1972-1974). He was also directly involved with the design of the Canadian Embassy in Islamabad, Pakistan and the seven major building projects in the 1960s undertaken by his firm at the University of Manitoba.

In addition to his practice, during the early years of Blankstein Coop Gillmor Hanna, Coop worked as a part-time design critic at the School of Architecture at the University of Manitoba. In 1961, he was appointed a member of the Building Commission of the Metropolitan Corporation of Winnipeg, a position which he held from 1961 to 1965, and then was asked to renew for a second four-year term. Coop likewise served as a member of the Standing Committee for Use and Occupancy for the National Building Code and on the Manitoba Building Code. He was an architect who understood fully the implication of legislation regarding the planning, design and construction business. Coop was elected president of the Manitoba Association of Architects (MAA) in 1963 and was appointed a fellow of the Royal Architectural Institute of Canada (RAIC) in 1964; later he served on the board of directors of the RAIC Foundation. Isadore Coop resigned from active membership with the MAA in February 1994 and was later awarded “Honourary Life Membership.”

Among other organisations, Coop was involved with the YMHA, the Canadian Council of Christians and Jews, and served on the boards of the Manitoba Chamber Orchestra and the Royal Winnipeg Ballet. In November 1984, Coop was named the chief executive officer of the North Portage Development Corporation, for a five-year term. To do this, Coop had to give up his partnership in Number TEN. The North Portage Development Corporation was a tri-level organisation that was controversial in its attempts to revive the north side of Portage Avenue with its Portage Place development. Coop resigned from this post on October 17, 1990. At the time, the North Portage Development Corporation had a $600,000 annual operating budget and had spent millions in public funds with arguable success. Coop stated he wanted to finish some pet projects, but urged the civic government to include more housing in its future development of North Portage.

Isadore Coop’s wife, Cynthia Coop, was a graduate of Interior Design at the University of Manitoba and taught on staff there from 1963 until her retirement in 1989. She and Issie had three children born in the 1950s. They lived first at 732 Waverley Street and in later years at 251 Harvard Avenue. 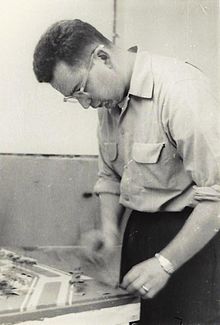 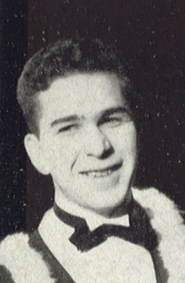 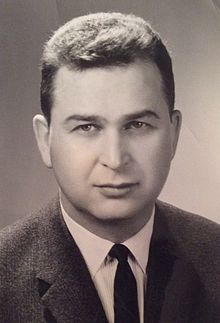