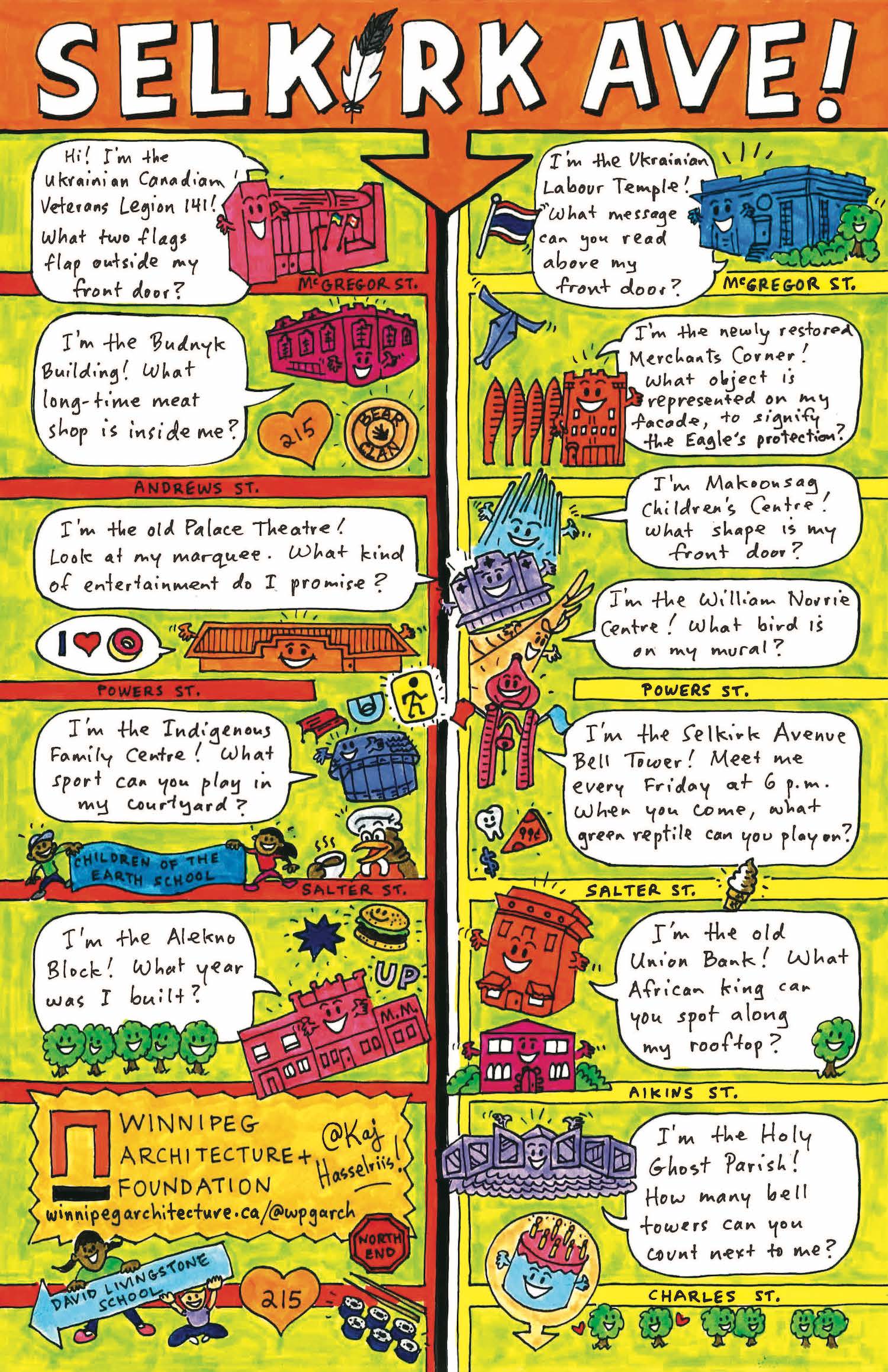 Meet at Selkirk Avenue's iconic bell tower, at the corner of Selkirk Avenue and Powers Street. It's one block west of Salter Street.

Michael and Kaj will hand out FREE cartoon maps of the area, in English, French and Cree. The maps are drawn by Kaj and produced by the Winnipeg Architecture Foundation. We'll visit all the illustrated heritage buildings, including the Palace Theatre, Ukrainian Labour Temple and Merchants Corner.

Michael will bring the history of each stop to life through colourful stories. Kaj will encourage kids to spot the unique features of each building. For instance: What African king is carved along the rooftop of the old Union Bank? What bird is on the mural of William Norrie Centre? What shape is the front door of the Makoonsag Children's Centre?

Selkirk Avenue is one of Winnipeg's greatest gems, with Indigenous, Ukrainian and Jewish influence throughout. Michael Redhead Champagne is one of the street's most enthusiastic fans and champions. He'll also give an update on the North End Historical Society's efforts to rejuvenate the area.

After the walk, we'll go for an ice cream at White Top, a hot chocolate at Robin's Donuts or a 99 cent pizza, depending on the weather and our appetites!

Come discover a strip worth celebrating!