James Hamilton Christie was born in 1929 in Glasgow, Scotland. In the years following the Second World War Christie completed studies in architecture at the Glasgow School of Architecture, later commencing practice with the local office of Gillespie Kidd & Coia, from 1947-54. Christie came to Canada during the 1950s, joining the pioneering Winnipeg firm Moody and Moore; he registered with the Manitoba Association of Architects (MAA) in 1963. While in the city Christie contributed to a wide range of residential, commercial, and institutional projects. These include the University of Winnipeg’s Lockhart and Centennial Halls (the latter of which he worked on in participation with principal designer Lewis Morse). These were the projects of which he was most proud. Other works by Christie in Manitoba are the Whiteshell Nuclear Research Establishment in Pinawa (1961-62) and University College at the University of Manitoba (1964). Christie was also involved in the design and construction of the Manitoba Centennial Centre, a commission shared between three prominent Winnipeg firms. In 1968 Christie served as the President of the MAA; two years later he undertook the role of President of the Social Planning Council of Winnipeg.

Following these endeavours Christie pursued architectural practice in Vancouver and Calgary, where he later resided for many years. Among the projects he worked on in the latter location was the Calgary Centre for the Performing Arts. Beyond architecture Christie was an active member in Calgary’s St. Andrew’s Presbyterian Church and served as a member and president of the Calgary Burns Club. Jim Christie passed away in September 2014. 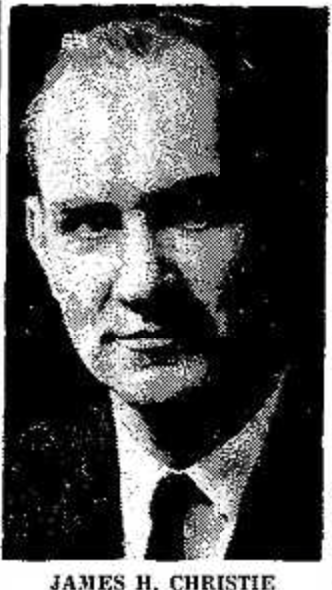