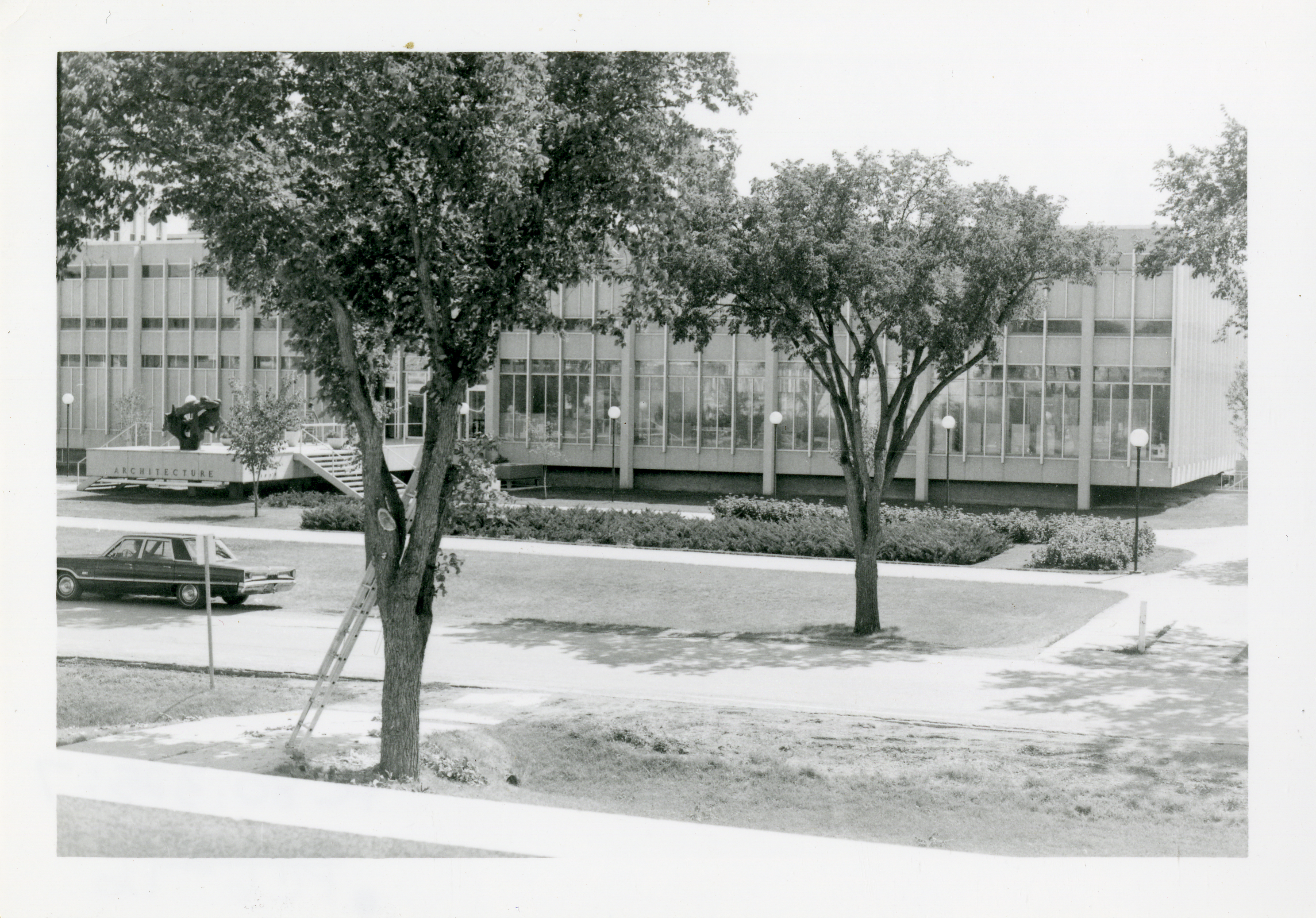 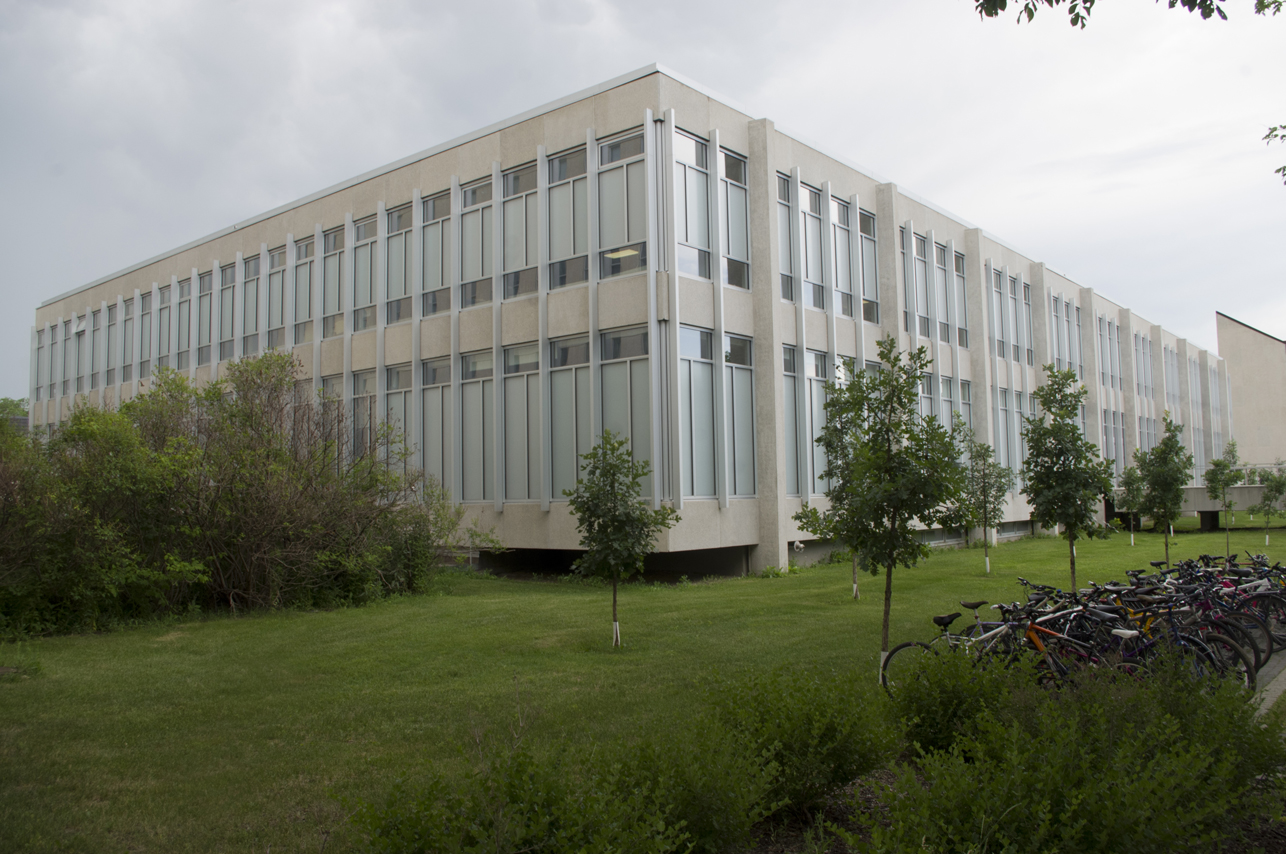 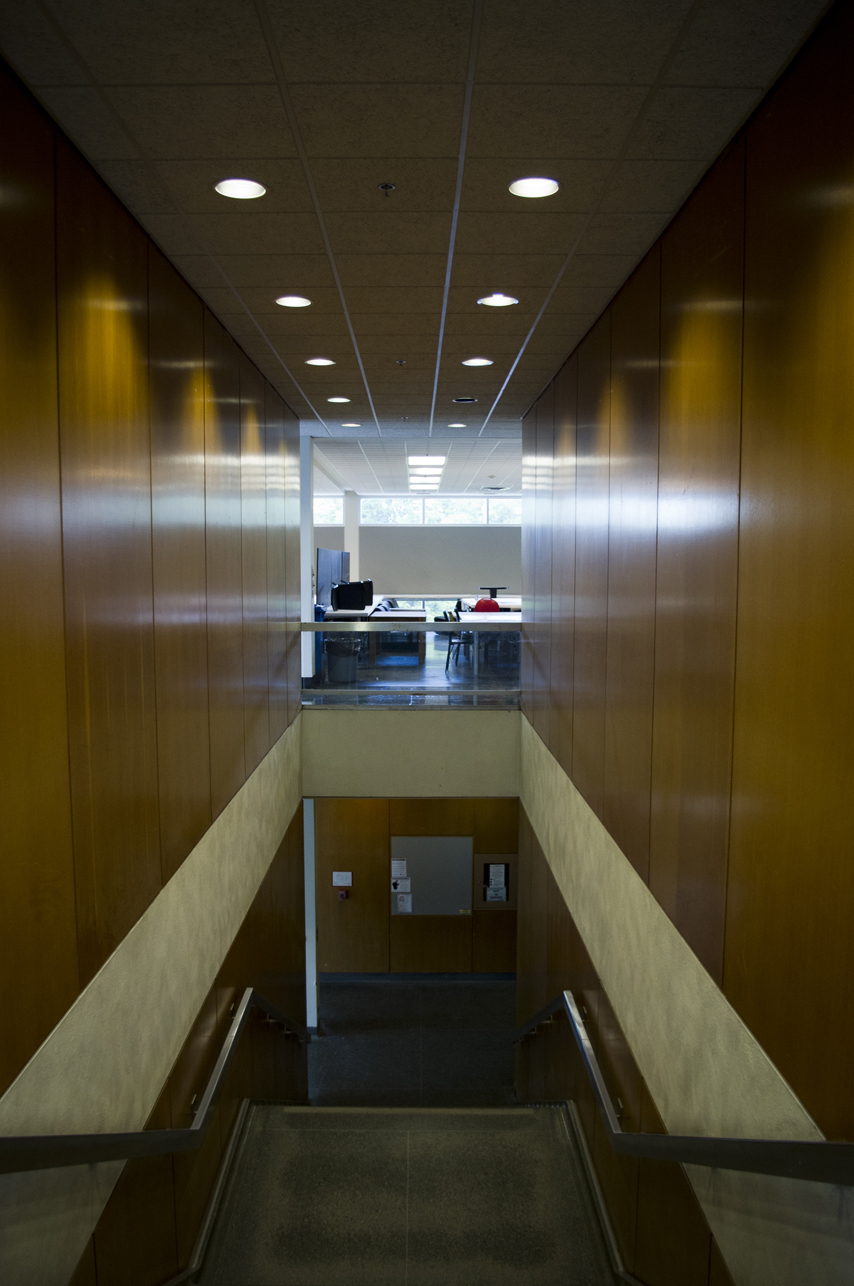 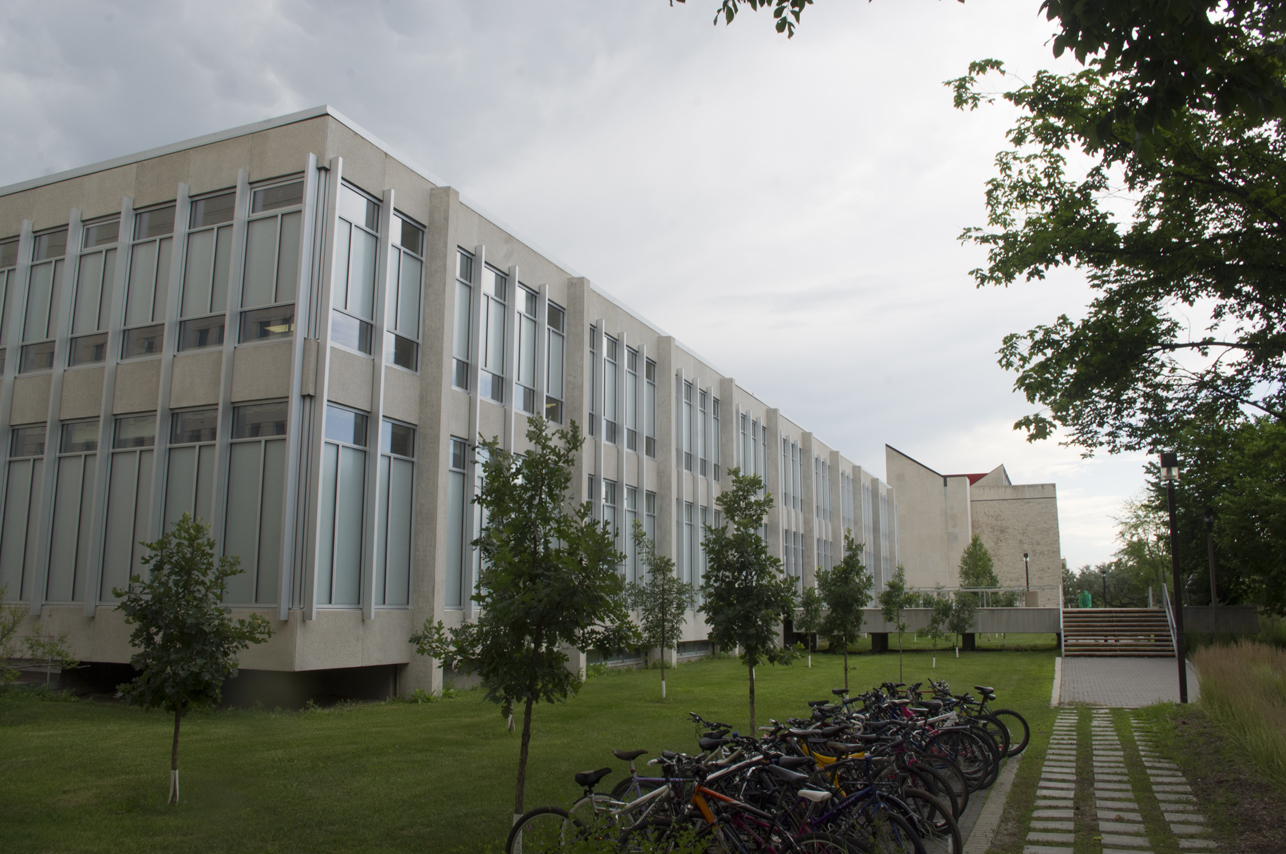 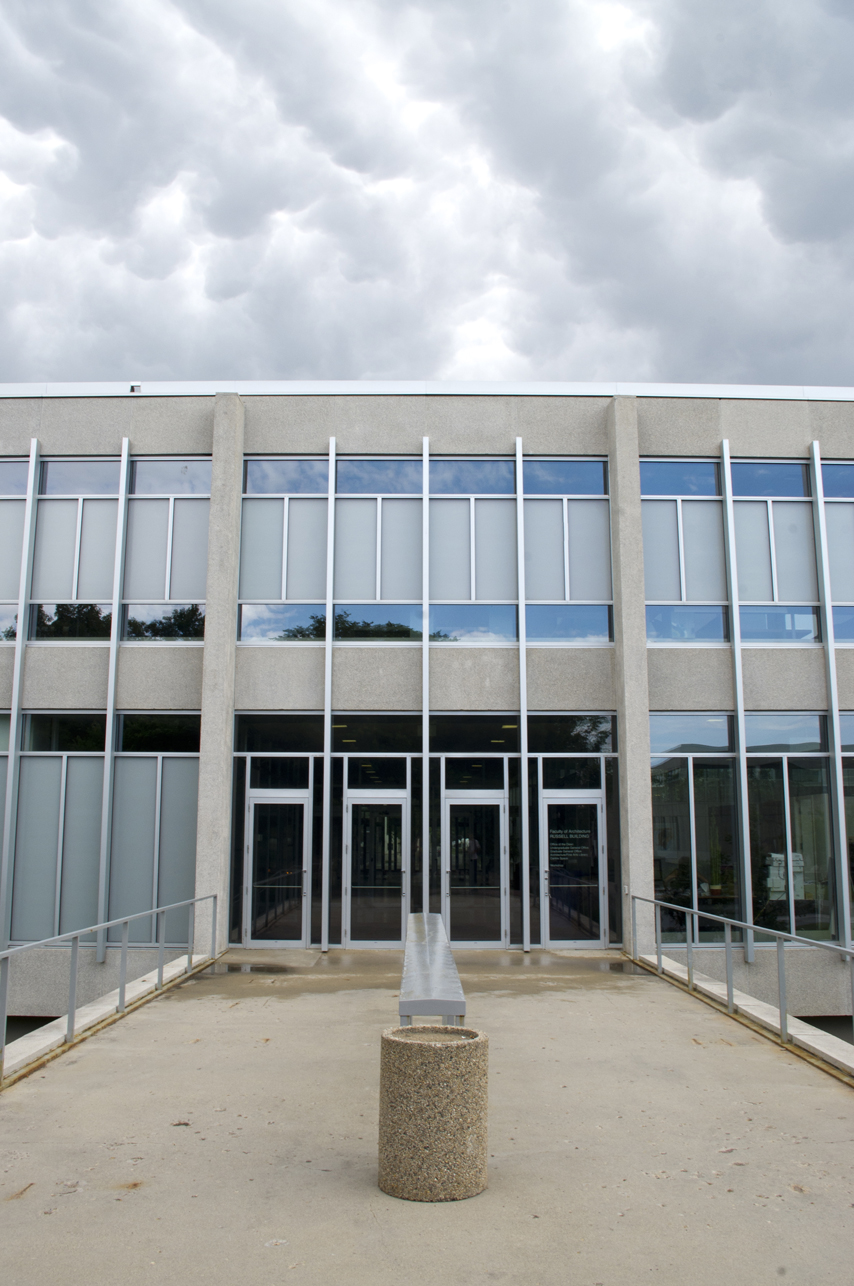 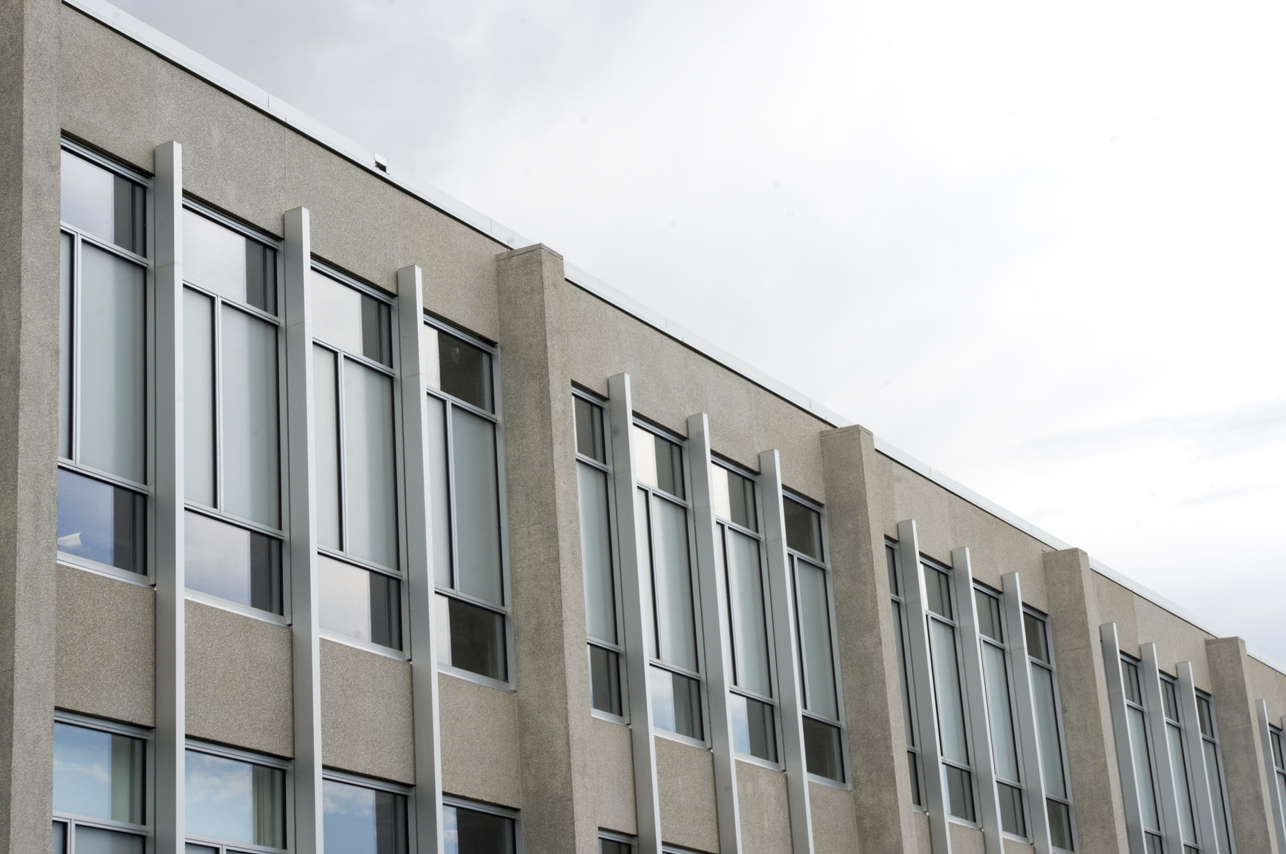 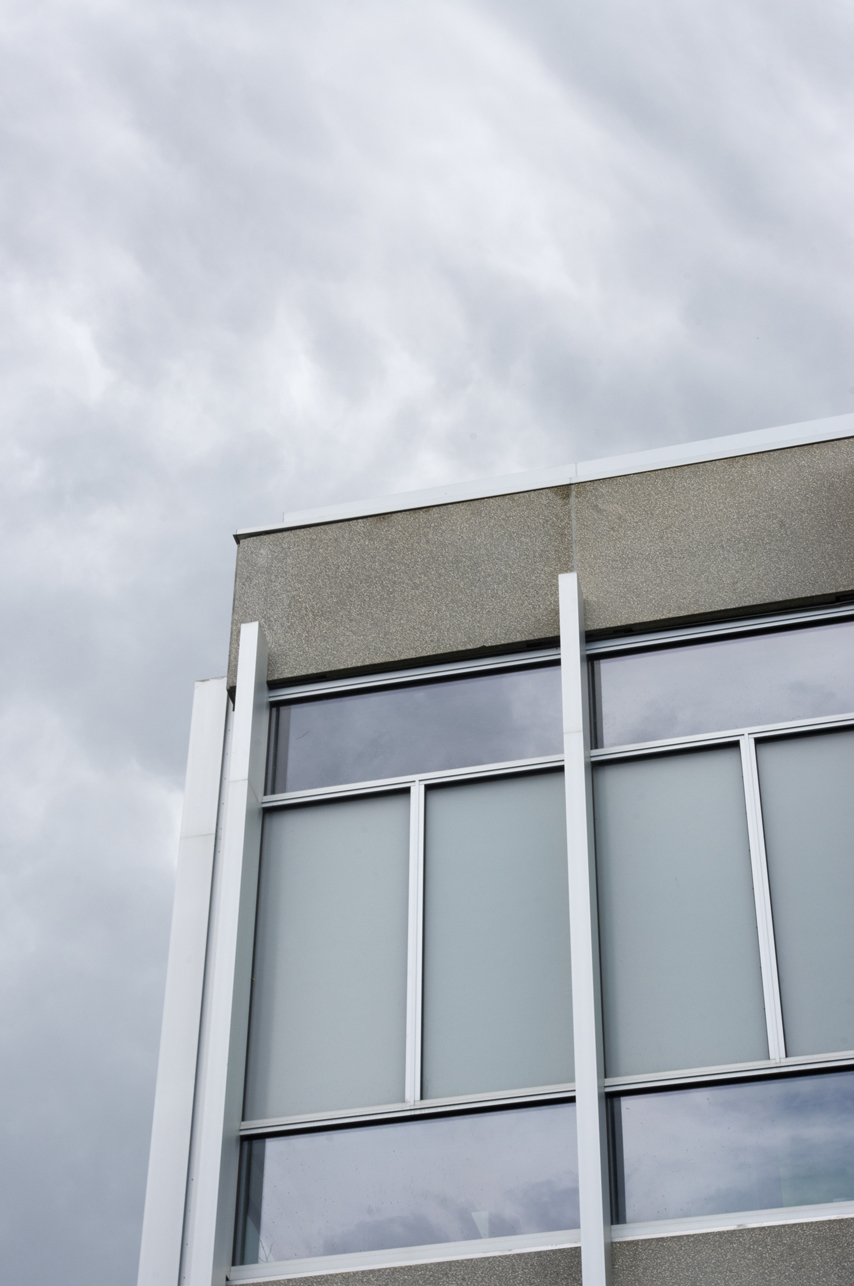 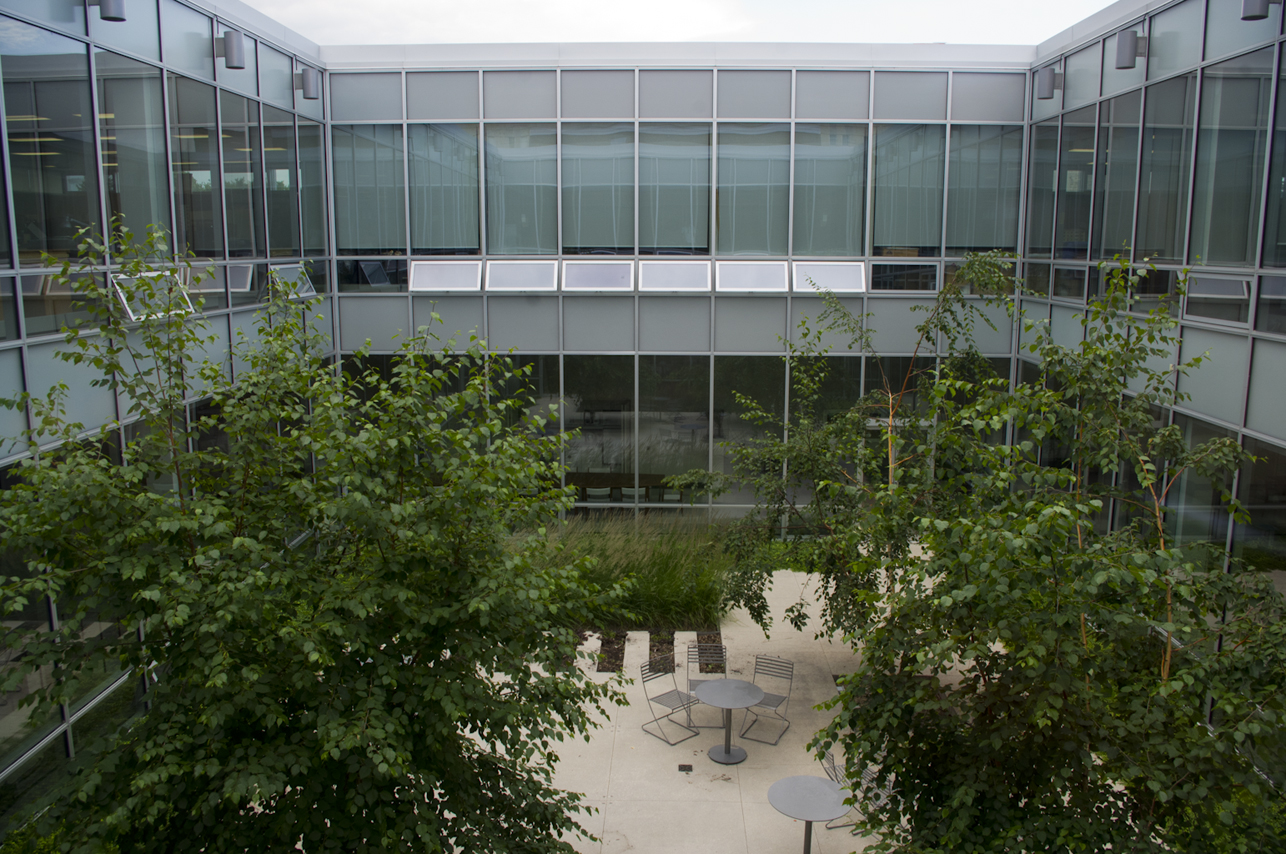 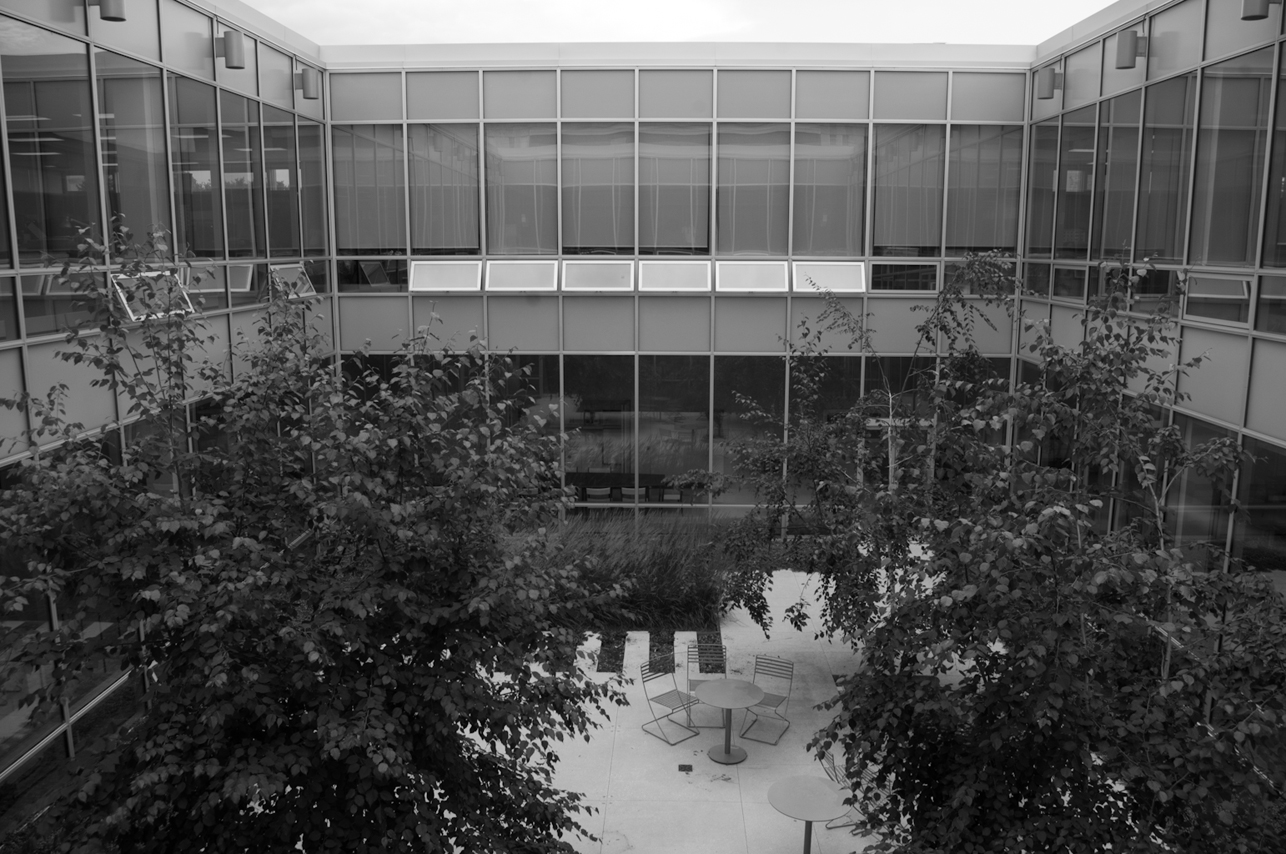 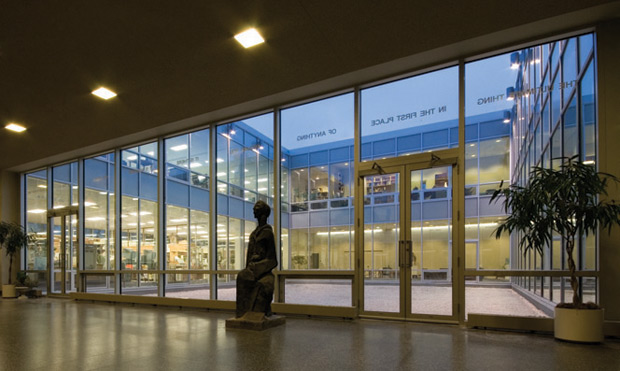 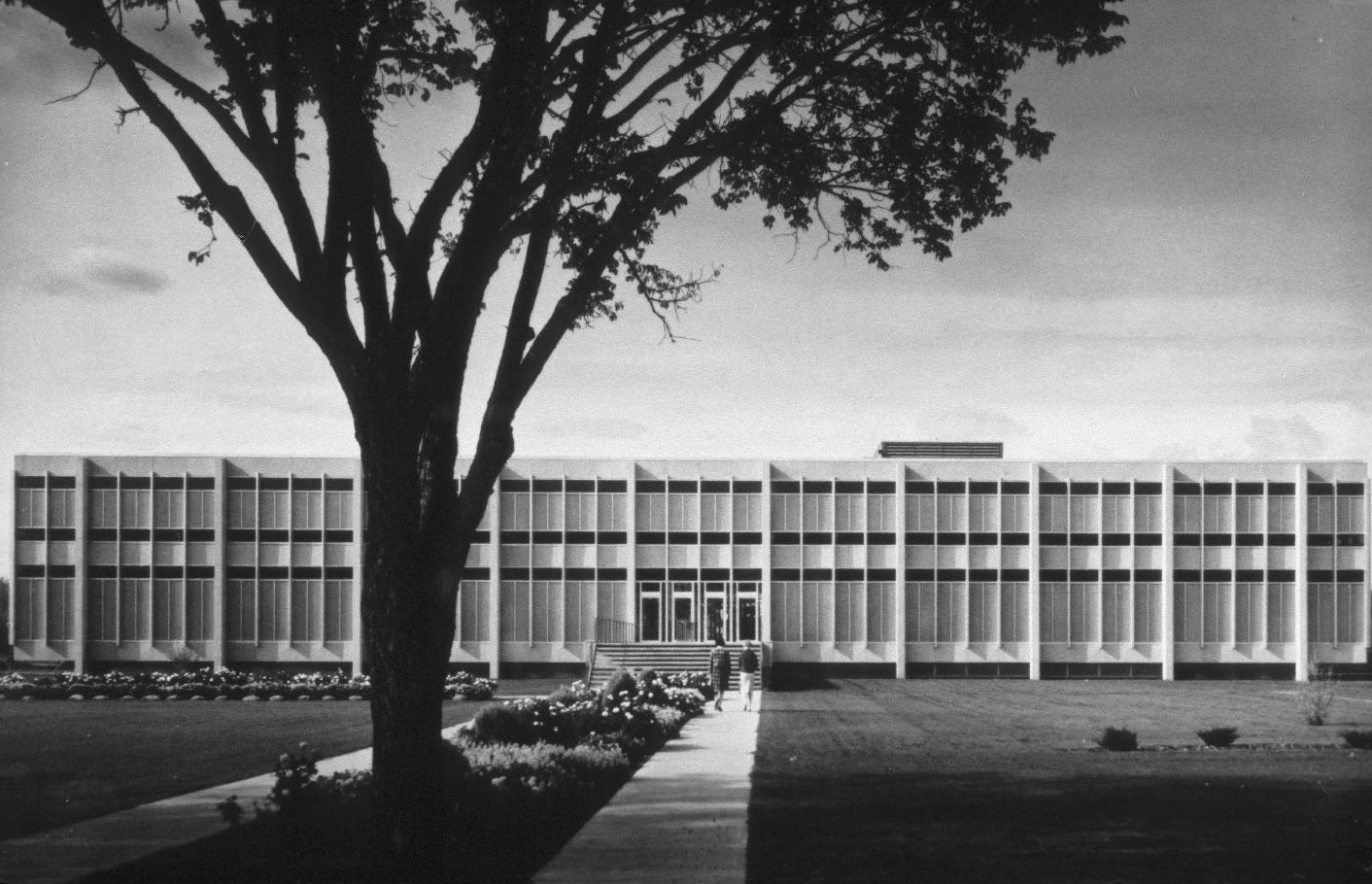 The University of Manitoba's School of Architecture was finally able to leave behind a series of temporary locations and move into permanent quarters in 1959. The John A. Russell Building is one of the most influential works of modernist architecture in Winnipeg. The design was inspired by leading modern educational facilities: the Bauhaus buildings in Dessau by Walter Gropius and Crown Hall at the Illinois Institute of Technology by Ludwig Mies van der Rohe.

The form of the building is simple and classical. Partially the product of a limited budget, the simplicity of form is also a response to the prominent central site on campus and the mixture of architectural styles that surround it. The resulting design appears calm and consistent from all sides. The building has an introspective focus - instead of focusing the views outward to the campus, the entire building centers around a two storey glazed courtyard. This internal volume, open to the sky, is overlooked by the library, administration, staff lounges and student lounges. Floor to ceiling curtain walls were chosen strategically to create transparency around the courtyard and the staff offices. Clear and opaque glass panels set within aluminum extrusions form the four courtyard walls. The floor of the court has planting areas, interspersed with precast exposed pebble aggregate slabs and a pattern of crushed limestone.

The upper floor of the building houses workspace and a student lounge, while the main floor accommodates the library, classrooms, administration, staff rooms and lecture theatre. When first constructed, the basement held a workshop, photo laboratory, and drawing, painting and sculpture studios, along with building services.

The original interior design was done by Grant Marshall, who coordinated and ordered all furnishings. Marshall incorporated as many different materials and styles into the interior as possible, so as to teach students about design through their surroundings. Manitoba-designed and built furnishings were used wherever possible, and paintings by former graduates were hung throughout the building.

The rectangular structure cantilevers 10 feet over a recessed base on the east and west sides. Steel frame columns project on the north and south walls to express the structure with clarity. The curtain walls were composed of aluminum extrusions over wood cores, filled with a combination of clear glass (substituted with gray glass on the south side) and translucent glass backed with asbestos sheet. The remaining exterior elements are sheathed in precast concrete piers and spandrels.

While having the appearance of a curtain wall exterior cladding system, the original design was in reality a hybrid of early curtain wall technology and wood frame construction, assembled to appear like curtain wall. This unique cladding system, while highly innovative, deteriorated over time to the point where replacement became necessary.

The large circulation area on the main floor, along with the pronounced bridged entries on the north and south sides, allow the building to be utilized for through-traffic around the campus. The North bridge entry supports a sculptural work by Cecil Richards, titled “Night and Day”.

No additions have been made to the John A. Russell Building but the Faculty has acquired additional space in the Architecture II Building and C.A.S.T (2002). As a result, the John A. Russell building is primarily used by students in the departments of Interior Design, Landscape Architecture and Urbanism. In 2004 - 2005, an intensive building restoration was completed by LM Architectural Group, with the help of Bockstael Construction Ltd., and the University of Manitoba’s Physical Plant. The breakdown of the extruded aluminum storefront framing systems and building seals, along with asbestos issues, posed serious concerns for the future of the structure. As well, there was a desire to upgrade thermal performance and energy conservation which required removal and replacement of the cladding. In 2008 LM Architectural Group was awarded a Heritage Winnipeg Preservation Award for envelope preservation

The influence of the John A. Russell Building can be seen in the design of many other campus buildings. Simple rectangular forms and projecting entrance platforms with wide stairs can be found in the design of the Music Building, the Architecture II Building, and the Education Building. Similar twin entrances and a central two-storey courtyard can be seen at the Animal Science Building.