Kenneth Pratt was born in Russell, Manitoba, in 1926. He attended schools in Birtle and Russell and graduated from Norwood Collegiate in Winnipeg. After serving with the Canadian Army overseas in the Second World War, he graduated from the University of Manitoba with a bachelor's degree in architecture in 1949/1951. This was followed by work with the firm of Moody Moore Architects from 1949 until 1951. He was then a Principal in architectural firm of Pratt Lindgren Snider and Tomcej.

As a respected member of his profession, he was design critic for the University of Manitoba and served as a permanent member of the Manitoba Association of Architects Registration Board. In 1972 he was elected as a Fellow of the Royal Architectural Institute of Canada. 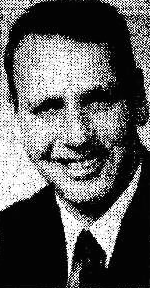