Laszlo Schevelik was born in Sopron, Hungary. During his youth he attended general secondary school in the City of Gyor. He completed his formal education as an architect at the Polytechnic University of Budapest, School of Architecture in Hungary. Like many people during the Hungarian Revolution of October 1956, he fled his home to begin a new life in Canada. Upon arriving in Winnipeg in 1957, he began his career as an architect in Canada.

He worked as a designer at Moody, Moore & Partners from1957-1959 and a Project Architect at Smith Carter & Searle Associates, Winnipeg, 1959-1968. In 1968,he successfully challenged and passed the Canadian Standard Architectural Examination at the University of Manitoba. He was admitted into and became a long time member of good standing to the Royal Architectural Institute of Canada, and obtained his license to practice from both the Manitoba Association of Architects and the Ontario Association of Architects. In 1968, he also started his own firm Laszlo Schevelik Architect-Planner.

Over the span of his 50 plus year career, he has been involved with the design of a wide range of commercial and residential projects. He was founder and President of North Star Construction and Development Company Ltd., from 1968 till his retirement in 2008. 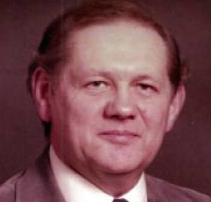