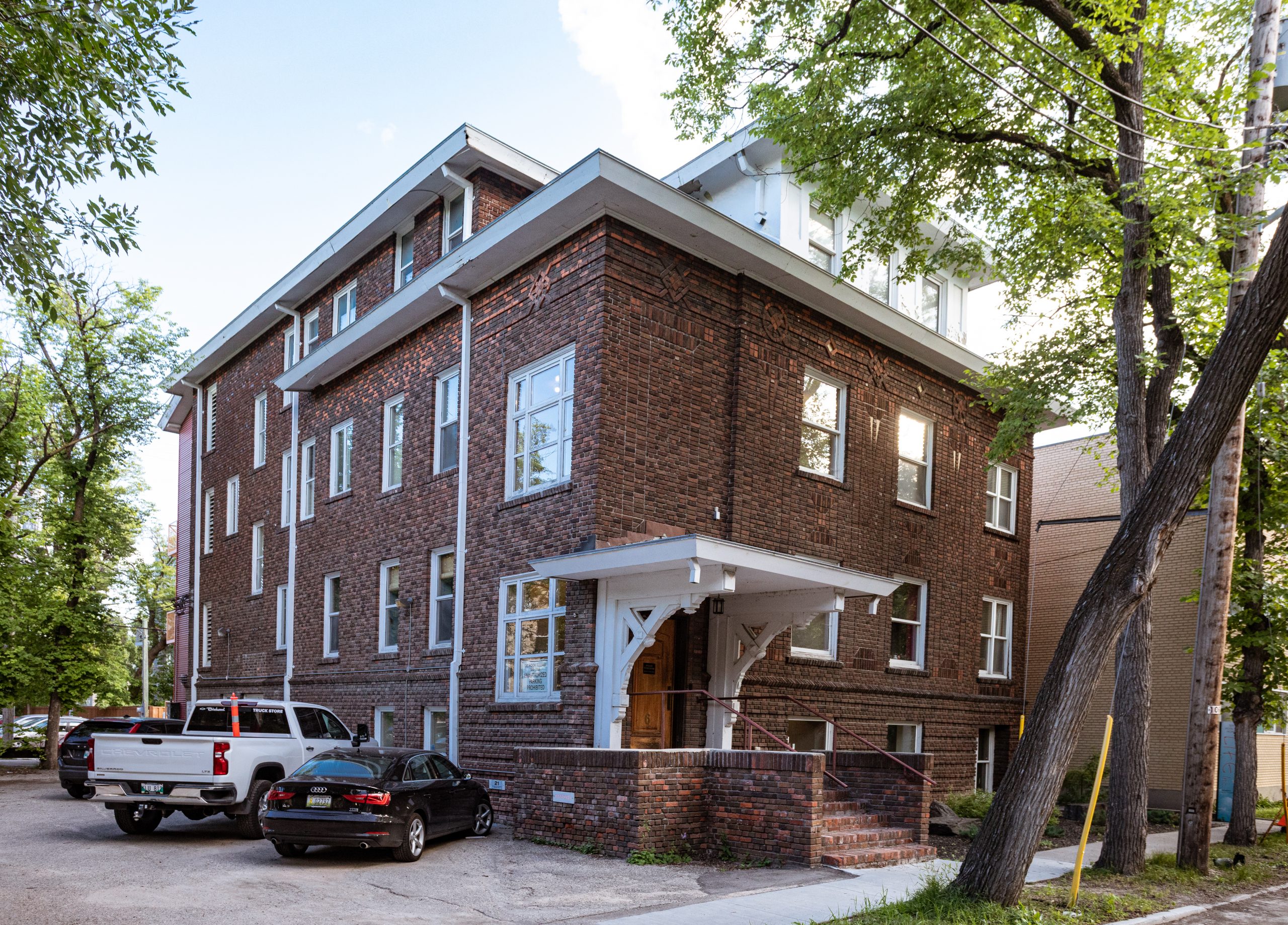 When W.R. Allen erected the Lily Apartments, they weren’t part of Winnipeg’s flourishing rental market. Instead, the small duplex was built exclusively for Allen’s relatives and business partners. For the first fourteen years, the building’s main tenants were George Killham and Herbert Pennock, who were related to Allen through his wife’s first marriage.

Little is known about the career of the building’s architect, Hugh Hollman. In the early 1900s, Hollman worked for George Brown, J.H.G. Russell, and Samuel Hooper, three prominent Winnipeg architects. He opened his own practice from 1906-1909, and then worked briefly with Edgar Prain. After serving in World War 1, he moved to Ontario. Hollman’s design for the interior called for libraries on both sides, as well as back staircase entrances and live-in quarters for maids. When Killham and Pennock moved out in 1928, the spacious interiors attracted other high-end tenants.

Next came Edward Macklin, a manager at the Winnipeg Free Press, and the family of David Finkelstein, a developer of the up-and-coming neighbourhood of Tuxedo. Finkelstein served as Tuxedo’s mayor from 1915–1951.

Despite the rotating cast of tenants and owners, little of the facade has changed. Brown brick with red highlights was used for this solemn Edwardian structure. The entrance is off-set, and covered by a porch with decorative wood bracketing. The dormer, set into the roof, highlights the horizontal lines on the apartments. In the 1950s, garages were added to the rear of the structure and the sleeping porches on the west side of the building were enclosed.

Over the years, the building has served as a duplex, four-plex, apartments, and office space.