Michael D. Rattray, a key figure in the founding of four different architectural firms, was born in Winnipeg February 24, 1931. He graduated with a Bachelor of Architecture from the University of Manitoba in 1955. While at university Rattray was profoundly affected by Dean John A. Russell, whose approach combined a predilection toward modernism with an openness to a variety of philosophies.

After graduation, the young architect was hired by the Winnipeg offices of Smith Carter, where he stayed until July of the next year. Rattray then spent over a year travelling in Europe, while taking posts with architectural practices in Copenhagen and London. Upon his return, Rattray rejoined Smith Carter in August 1957 and registered with the Manitoba Association of Architects in 1960.

In 1963, Rattray left Smith Carter and formed a new partnership with John Duncan, Helmut Peters and Samuel Searle, some of whom were Smith Carter associates. The new firm, Duncan Rattray Peters and Searle, had offices at 1115 Henderson Highway. Early work came with apartment tower commissions, as well as a contract for a new regional hospital in Lynn Lake, Manitoba. In 1969, the young firm joined forces with the more established Winnipeg practice Moody Moore Architects, forming the new office of Moody Moore Duncan Rattray Peters Searle Christie. The business, situated at the extant 1948 Moody Moore location at 295 Broadway Avenue, shortened its name to MMP Architects in the mid-1970s.

In this era MMP also designed the dynamic, daring Centennial and Lockhart Halls for the University of Winnipeg (515 Portage Avenue, 1969-72 and 1970). The first of these was the firm’s imaginative, high-tech solution to an already crowded site. During this busy phase, Rattray was also involved in designing three buildings for John A. Flanders, a long time real estate developer. The first was the Mercantile Bank and office tower at 305 Broadway, on a site owned by MMP partner Robert Moore. The next was the massive multi-use Medical Arts Building (1972-1974) whose rhythmically patterned window-to-wall ratio concealed a teeming hive of medical and dental offices, labs, support services and retail space. The last was the eye-catching, octagonal Assiniboine Credit Union head office (125 Garry Street, 1974) where an open feeling two-storey vestibule surrounded by large concrete columns sits below a main nine-storey block.

Over his career Rattray frequently engaged with council work with the Manitoba Association of Architects, a relationship he entered in 1966. In 1972, he was elected President of the MAA during a slowdown of industrial development. Partially motivated by this economic situation, Rattray advocated the rehabilitation of older buildings as a good prospect for architects’ futures – one which might furthermore enrich the urban fabric. At the same time he favoured an evolutionary city planning process in which the needs of citizens came before broader master plans. In a 1973 interview Rattray said he was concerned with the texture of urban development, and felt it was important to include both existing and new structures in civic development. He elaborated that more attention ought to be “given to the rehabilitation of sound older buildings rather than their destruction and replacement” and that “We need variety. Overall master planning by government is in many cases grossly unsatisfactory.”

During Rattray’s tenure as MAA President the organisation piloted a program designated “storefront architecture” – a low-key volunteer operation run out of the MAA’s Lombard Avenue offices which offered free assistance and advice to community groups to improve their neighbourhoods. The program established a link with the Urban Institute at the University of Winnipeg. Throughout the 1970s Rattray also taught at the University of Manitoba.

Michael Rattray terminated his registration with the MAA in September 1999 but worked for some years after that with MMP. Apart from architecture he has been involved at the board level in many community associations including the Salvation Army Red Shield Appeal, the Manitoba Club, the Granite Curling Club, the Sanatorium Board of Manitoba, the United Way, the Children’s Hospital Research Foundation and Community Ownership Solutions, the St. Charles Curling Club, the Winnipeg Squash and Racquet Club and the Winnipeg Winter Club. 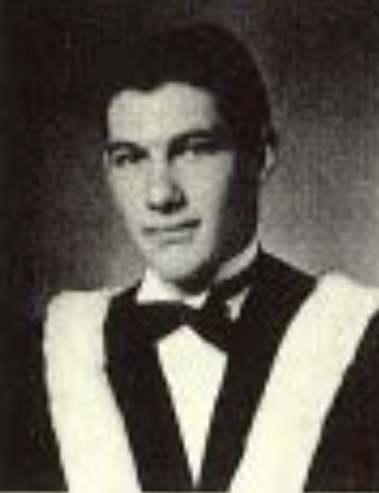