Raised in Winnipeg, Michael Scatliff attended the University of Manitoba and received his Bachelor of Arts in 1979. He continued his studies at the university and obtained his Master in Landscape Architecture in 1984. Following graduation, Scatliff worked for various architectural firms before starting his own. He briefly worked for the IKOS Group in Vancouver and the interdisciplinary firm Lombard North Group in Winnipeg. Scatliff then moved to Bermuda, where he worked as a senior landscape architect for the firm Cooper & Gardner Architects based in Hamilton, Bermuda. In that position, he was responsible for all aspects of project development, such as design, presentation, construction documents, and project management. Examples of his work while with the firm include the Bermuda International Airport Master Plan & Construction Monitoring, the Reefs Hotels and Beach Club, and the Fiddlewoods Estates Site Planning and Landscape Design.

By 1989, Scatliff had returned to Winnipeg and formed Scatliff & Rech Landscape Architects Incorporated with Ken Rech, a Winnipeg-based landscape architect who had apprenticed with Hilderman Feir Witty and Associates until forming his own firm in 1979. Rech’s partnership with Scatliff was short-lived and by 1991, Rech continued on with his own firm, Ken Rech Landscape Architects Inc. During the two-year partnership, Scatliff & Rech had grown substantially and former peers from the University of Manitoba, Deron Miller and Cheryl Oakden, joined the firm and went on to be key associates. Following Rech’s departure, Scatliff, Miller, and Oakden continued under the name Scatliff & Associates. The three landscape architects worked extremely well together and their collaborations resulted in some of the most important projects of the time, such as the Assiniboine Riverwalk, for which Scatliff received the International Downtown Association Design Award in 1992. In 1998, Derek Murray, also a graduate of the University of Manitoba, joined Scatliff & Associates. After Murray had been with the firm for a couple of years, the firm’s name changed to Scatliff+Miller+Murray and the firm now has offices in Winnipeg, Regina, and Calgary.

With more than 25 years of experience, Scatliff has executed projects not only in Canada and Bermuda, but also in the United States of America and China. He has been involved in every major design that has come out of the Scatliff+Miller+Murray Winnipeg office. His works in Winnipeg are well known and include Waterfront Drive, a project that resulted in three awards: the Association of Professional Engineers of Manitoba Design Excellence in 2003, an Exchange District BIZ Certificate of Excellence in 2004, and a Canadian Society of Landscape Architects (CSLA) Awards of Excellence Regional Honour in 2006. Other major works by Scatliff in Winnipeg include the Fort Whyte Alive Green Corridor Master Plan, Central Park, and the Forks Festival Site and National Historic Site Master Plan.

Scatliff specialises in concept development and vision planning and he is known for being innovative, yet practical. Within his firm, Scatliff has developed and used technology, such as the movie software program 3D Studio, to animate his designs. The use of 3D Studio was used in the firm’s highest profile project during the 1990s: the Norwood & Main Street Bridges, for which the firm was awarded a CSLA National Honour Award in 1997. The firm developed a video that animated its design and 30 seconds of the video even found its way onto local television stations. Its digital model was the largest in North America at the time. Firms across North American would not begin to use such technologies for another five years and in that time the firm received work from all over the continent to produce similar animated models.

Another incredibly important project for the firm came in 1999 when Izzy Asper, the businessman, lawyer, and politician, engaged Scatliff to assist in developing a proposal for the first National Museum outside of Ottawa. This proposal was presented to Prime Minister Jean Chretien and marked the beginning of a project that would later become the Canadian Museum for Human Rights (CMHR). Scatliff+Miller+Murray were enlisted as the landscape architects for the CMHR and Scatliff was a Special Advisor.

Scatliff has not only executed high-profile projects in Canada, he has become recognised internationally. Scatliff+Miller+Murray was hired as the prime consultant for Spring’s Vitality, a multi-family urban residential development in Beijing, China. The project was a challenge, for the firm wished to address the rich history while also acknowledging the cultural shift taking place in China. The design, which combined the use of natural materials with bold architectural elements, received two awards in 2002: the Peoples Republic of China – Ministry of Construction: Environmental Design Award and the Peoples Republic of China – Planning & Residential Development Association Idea Community Award of Excellence.

Known for its innovative designs, Scatliff+Miller+Murray has received more than 20 national and international design awards. Scatliff’s most recent award was a CSLA Award of Excellence for the Assiniboine Park Adventure Playground in Winnipeg. The park was, and continues to be, a huge success. With features such as forts, musical instruments, and a Snakes-and-Ladders-inspired garden, Scatliff combined physical, intellectual, and interactive elements to create a space where a child’s only limit is their own imagination.

In addition to his work with Scatliff+Miller+Murray, Scatliff has been involved in the community, sitting on various city committees and continually offering advice to downtown revitalisation commissions. He chaired the Construction Committee for the 1999 Pan Am Games and has been on the Board of Directors for the Winnipeg Winter Club, the Winnipeg Zoological Society, and the Fort Whyte Nature Centre. He sat on the board of the Lake Winnipeg Foundation and is a member of both the CSLA and the Manitoba Association of Landscape Architects (MALA). Currently, Scatliff is the chair of Economic Development Winnipeg, an economic development agency that aims to promote and influence economic growth in Winnipeg. 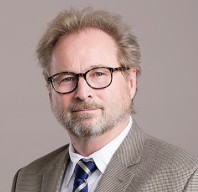