As an architect, as a founding member of Blankstein Coop Gillmor Hanna (later part of Number Ten Architectural Group) and as a citizen, Morley Blankstein has had a profound effect on life in Winnipeg. Blankstein was born in Winnipeg on March 30, 1924. He attended St. John’s Technical High School and began pre-architecture courses at the University of Manitoba in 1941. This study was delayed by his service in the Royal Canadian Air Force during the Second World War. Recommencing his education upon his return, Blankstein received his Bachelor’s of Architecture from the University of Manitoba in 1949. His first-year project, a roadside tourist information bureau with a lunch counter, was a glass and steel-framed structure in a Modernist vein. The design was considered to be also one of the best in his class.

Blankstein is the son of Max Blankstein, a Winnipeg architect who generated abundant and enduring designs in the early years of the city. From 1907 to his death in 1931, the elder Blankstein turned out hundreds of houses, apartments, stables, stores, schools, warehouses and theatres, mainly in the North End. Max’s elder son Cecil Blankstein was a graduate architect from the University of Manitoba who formed the partnership which has endured to this day as Green Blankstein Russell (GBR) since its formation in 1933. GBR has left its mark on the city of Winnipeg with such designs as the current City Hall, the Winnipeg International Airport, Polo Park Shopping Centre and the Winnipeg General Post Office.

After graduating with his Bachelor’s degree, Morley Blankstein was able to secure a brief apprenticeship with Consoer Townsend and Associates in Chicago from December 1950 to May 1951. He then returned to Winnipeg to work for his brother’s firm as an Associate and senior designer. Here the projects he worked on included the design of GBR’s offices at 222 Osborne Street North and the Winnipeg General Post Office. Morley Blankstein registered with the Manitoba Association of Architects on 18 September 1952, shortly after his marriage on July 3 of that year to Marjorie Rady. Rady is the daughter of Dr. and Mrs. Max Rady, for whom the Rady Centre at the Asper Jewish Community Campus was named; she is also related to the Bronfman family. That fall, Morley Blankstein undertook the intense one-year Masters of Science in Architecture at the Illinois Institute of Technology in Chicago. Here he trained under the famed Mies van der Rohe, the master of modernist style. On his return to Winnipeg, he worked briefly for Green Blankstein Russell before striking out on his own with another young graduate working at GBR, Isadore (Issie) Coop. Coop and Blankstein set up their practice in 1956 and were joined in 1959 by Doug Gillmor and Alan Hanna. In turn, they joined Allan Waisman and Jack Ross in 1964 to form Waisman Ross - Blankstein Coop Gillmor Hanna, with an office at 10 Donald Street. This address eventually inspired the firm’s new name, Number TEN Architectural Group.

In 1954 Blankstein won a national competition for a new home for the National Gallery of Canada in Ottawa. That year he also received an Honourable Mention for the Queen Elizabeth Theatre in Vancouver. During this era Blankstein also served as a part-time design critic at the School of Architecture, University of Manitoba. Another significant project of these early years was a commission for the Nefco Furniture store at 339 Portage Avenue in 1960. In 1962, Blankstein’s firm won a Canadian Housing Design Council Award for a multiple housing project they designed on the southwest corner of Grant and Centennial. The row houses were handled with sensitivity – respectful of the surrounding community, but an asset “to relieve visual and social monotony.” Other early projects were the design of the Glendale Country Club in Assiniboia (of which Blankstein became president in 1968) and, notably, the Mendel Art Gallery and Conservatory in Saskatoon, the winner of a national competition. The Mendel is a jewel of a building, visually compelling with its varied roofline and saw-tooth skylights. It was likely the most modern structure built in Saskatoon to date and the city remains proud of it.

Blankstein built his own residence at 95 Waterloo Street in 1956 to house his growing family. It is a U-shaped structure built around a south-facing garden. This design was perhaps influenced by Blankstein’s teacher Mies van der Rohe’s courtyard houses of the 1920s. The house’s lines are angular; while there is no applied decoration, the interior maintains a grandeur nevertheless well-suited to comfort. The home was built in two sections, growing from an L-shape to its present configuration with an addition in 1966. Other significant projects in which Blankstein played a central role as partner-in-charge of design and production include the City of Winnipeg Transit Garage on Osborne Street, Lions Manor (at 320 Sherbrook Street) and the Peguis Pavilion in Kildonan Park. In 1985 Blankstein retired as a partner at Number TEN Architectural Group, though he served as a consultant until 1993.

Morley Blankstein was active council member for the Manitoba Association of Architects. In 1966, was also inducted as a fellow of the Royal Architectural Institute of Canada (RAIC). The following year his thoughts on contemporary architectural practice were recorded in a published RAIC forum on the state of the field. Blankstein was accustomed to projects which entailed urban design, looking beyond the narrow definition of drawing out a single building and toward the interaction with the environment of a larger development. Blankstein honed this grasp of planning issues through years of chairing the Manitoba chapter of the Community Planning Association of Canada and was made an Honourary Life Member of this organization. In addition, in 1975 he was elected to the Royal Canadian Academy of Arts.

In 1966, Morley was appointed Honourary Aide-de-Camp (Civil) to His Honour, Richard S. Bowles, Lieutenant Governor of Manitoba. He has also served on a number of boards, including those of the Royal Manitoba Theatre Centre (Number TEN designed the 1970 Royal Manitoba Theatre Centre building on Market Avenue), the YMHA, and Chair of Living Arrangements for the Age and Opportunity Centre. In 191 he furthermore served as the National Chairman of the Canadian Technion Society. The Technion, also known as the Israel Institute of Technology, named Blankstein an Honorary Fellow in 1981 and a Lectureship in the Faculty of Architecture and Town Planning at the Technion has since been named in honor of the architect. Perhaps Blankstein’s greatest contribution was as chair of the Winnipeg Jewish Community Council – the organization which ran the Combined Jewish Appeal – from 1978 to 1982. His long involvement with the Jewish community led to his firm’s design of the Asper Jewish Community Centre, which was dedicated in a ceremony in 1996 by Morley and his wife Marjorie (Rady) Blankstein. It is a multi-use facility which renovated and added to the former Manitoba Agricultural College in Tuxedo. 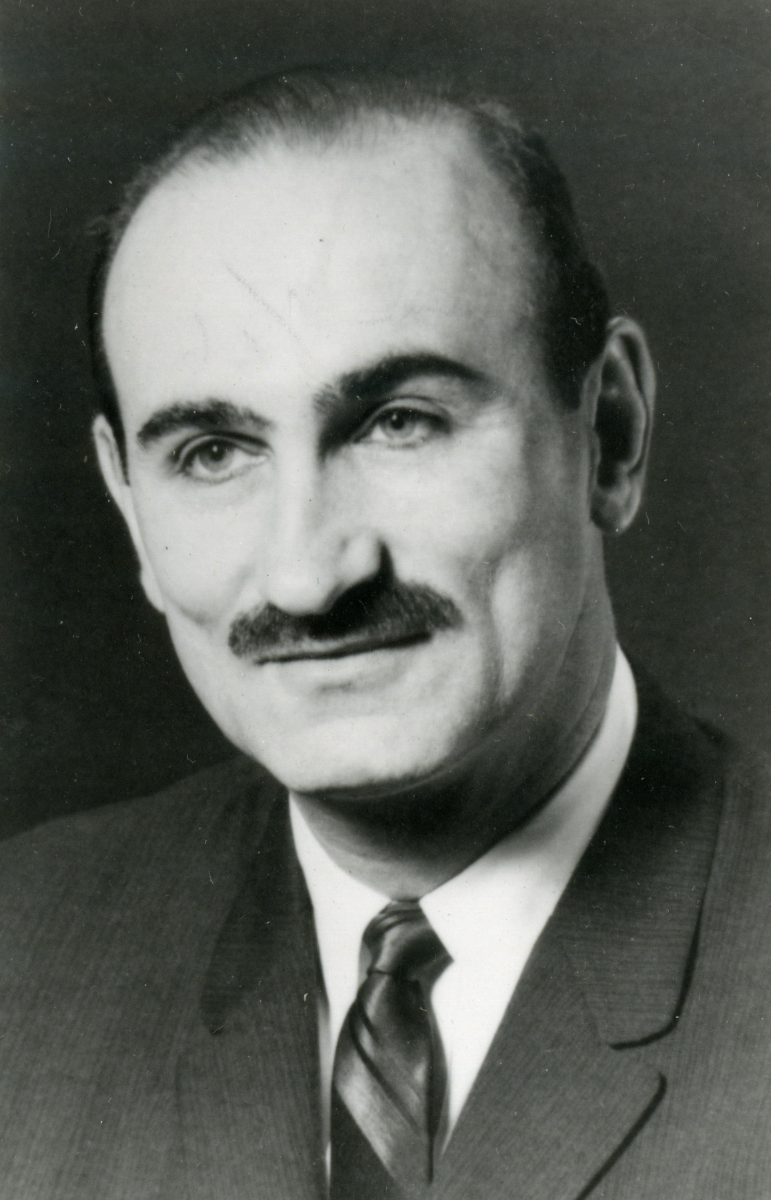