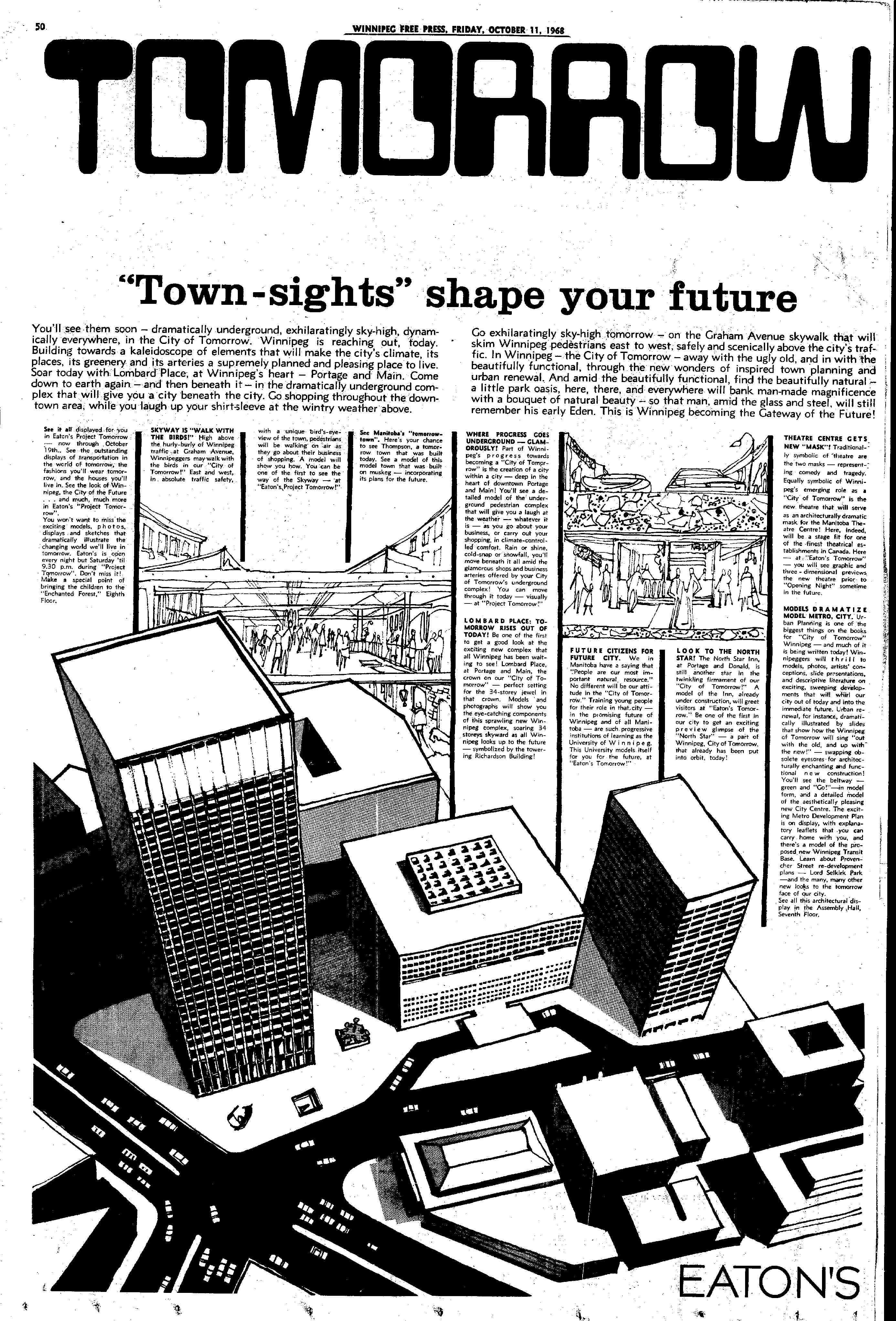 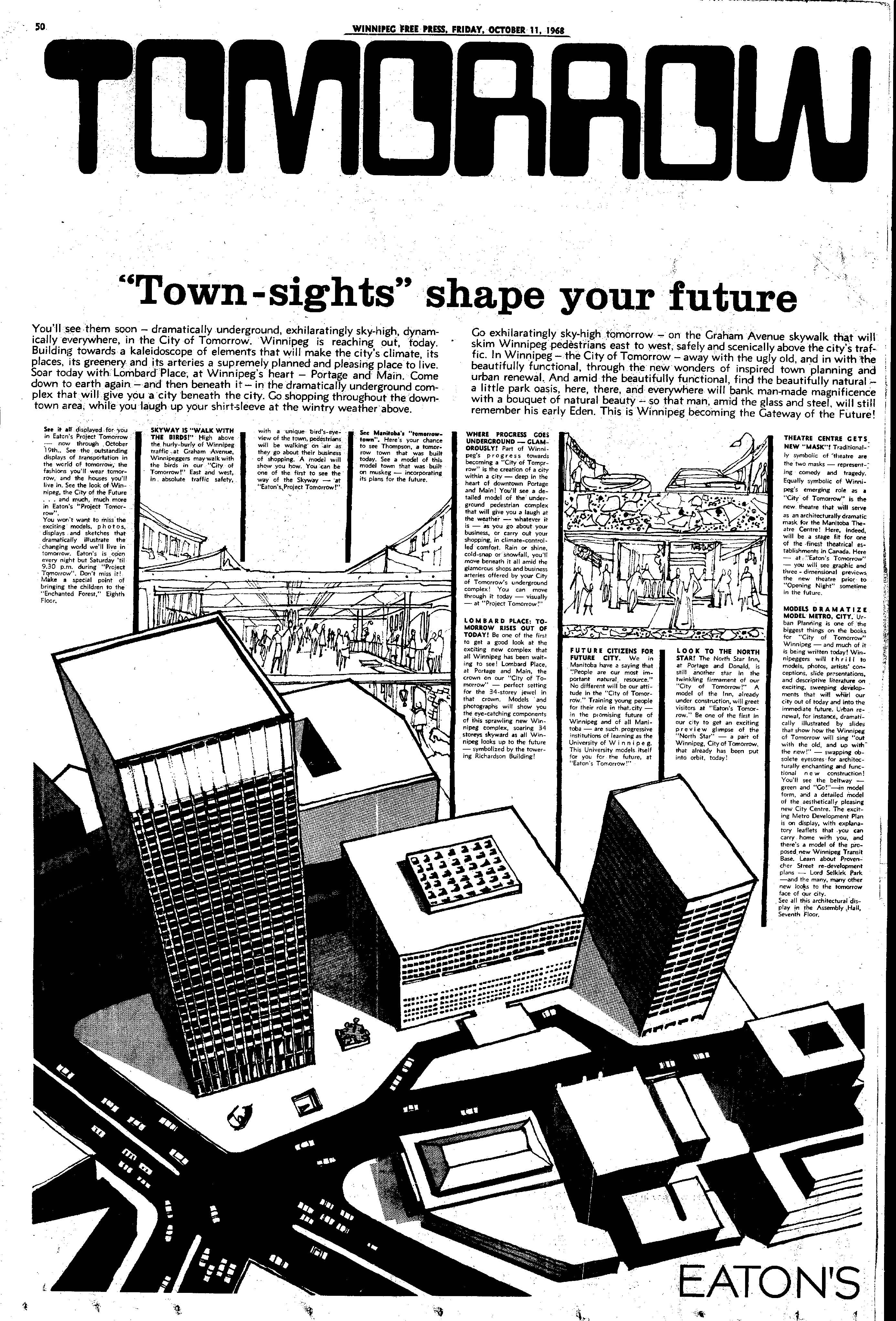 Throughout the 1960s the City of Winnipeg planning division conducted a series of citywide transport studies. Based on these large scale studies, further planning projects were initiated, including at the corner at Portage Avenue and Main Street. Smith Carter Architectural Firm was tasked with conducting the transit forecast studies and ultimately concluded that mixing pedestrian and vehicular traffic would no longer be viable.

The City of Winnipeg invited Planner Vincent Ponte to create a proposal for the intersection. Ponte was responsible for Place Ville Marie in Montreal, a very successful project and therefore a good candidate for the Portage and Main project. Ponte was known as a proponent of multi-level cities and concluded that Portage and Main would be an ideal location for a pedestrian causeway. An initial proposal showed a large circular disk, 19 feet above street level and 225 feet across that would stand over the intersection. The proposal wasn’t successful because it was thought the above-grade disk would detract from recent construction on the site. Instead, the proposal was redirected underground, retaining the circular disk shape and was approved in 1976.

Construction began in 1977, temporarily closing off Portage and Main. Reports from the time mention the difficulty in organizing the closing of Winnipeg’s main traffic artery. The construction of the concourse was a significant challenge, excavation was slow and shoring piles were driven into the ground to hold back the earth. Old street car tracks and ties as well as wires and cables still in use (although the wooden casings had long rotted away) were unearthed. The tunnel lies approximately 2.44m below grade.

When descending into the Circus, one immediately notices the wheel-like form of the space. The interior features red tile floors, concrete textured walls, a wood-paneled ceiling. The circus is built with distinct elevations; the first half (when entering from Winnipeg Square) is built 19 feet below grade; the second half (near the Richardson Building) is 23 feet below grade. A set of stairs connect these two levels and accomodate a space for existing utilities and cables above.

The inner circle is clad in a concrete relief that wraps around the entire center core by the late Winnipeg artist Bruce Head (1939-2010). This sculptural installation (with a circumference of 400 feet) is the largest concrete work by an artist in Canada.

The Circus, once called the “Nucleus” by Ernie Smith of Smith Carter Architects connects the four corners of the Portage and Main intersection, with direct passages to the four largest office towers in Winnipeg.