Dieter Roger was born in 1927 in Tambach-Dietharz, Germany. He received a degree in art and architecture from the Kunsthochschule in Hamburg, Germany. In the late 1950s Dieter moved to the United States where he worked with Philip Johnson in New York and later Walter Gropius in Cambridge, Massachusetts. A few years later he returned to Mainz Germany for work.

In 1967, Dieter was hired as a full professor in the Architecture Faculty, University of Manitoba. He taught in the faculty for 25 years. He published many German articles and booklets and made presentations and displays about architecture, German-Canadian history, Dr. Ferdinand Eckhart (Winnipeg Art Gallery), and other topics. 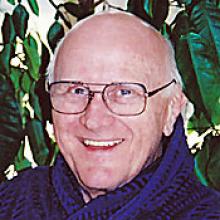