Before pursuing architecture, Steve Cohlmeyer completed a degree in fine arts at Carlton College in Minnesota. This background informed Cohlmeyer’s creative and diverse design practice, particularly given his continued artistic production. Having subsequently studied architecture at Harvard University, Steve began his career in architecture in Toronto in 1968. He came to Winnipeg in 1971 to study architecture at the University of Manitoba and graduated with a Master of Architecture in 1974. He practiced in the offices of Etienne Gaboury and Rudy Friesen before establishing his own practice in partnership with Robert Hanson in 1980. This firm has been responsible for a large number of innovative projects across Canada and elsewhere. Throughout his career, he worked on projects with his wife landscape architect Cynthia Cohlmeyer. His son Daniel Cohlmeyer, a fourth-generation architect, joined the firm in the 2000s and has since assumed its leadership.

Among Cohlmeyer’s early works, is the MacAngus Residence (155 Campbell Street, 1986), a slender, three-storey home fitted closely to its narrow site. The design highlights its novel window placement, set within a wood-sided matrix which speaks to its suburban neighbours. An interest in such in-fill development can also be found in Cohlmeyer’s 2002 Pocket Suites project, a pilot initiative intended to establish social housing for low-income, working individuals. Like the MacAngus Residence, the design here – for four sites within Winnipeg’s core area, each with eight self-contained units – represents a fusion of traditional residential materials combined in a manner that resulted in a creative, atypical arrangement of spaces. A similar urban spirit motivated Cohlmeyer’s design for webbsite – a 2004 undertaking in partnership with the North Portage Development Corporation and aimed at encouraging the development of small-scale condominiums in urban areas. The complex was constructed with the same limitations as private sector projects and is clad in pre-cut cementitious panels held by an array of aluminum clips. It places seven interlocking condominiums on a narrow lot, directly against the side lot line. Each unit incorporates a ground-level entry, extensive fenestration and flex space conceived as possible separate offices or commercial units.

Cohlmeyer also demonstrated an interest in the renovation and restoration of historic buildings. Examples include the renovation of the Travellers Building (283 Bannatyne Avenue, 2006) and the Birks Building renovation (276 Portage Avenue, 2001) and winner of a Heritage Winnipeg Conservation Award. Cohlmeyer Architecture won a second Conservation Award for their 2006 work on the redevelopment of Northwood & Chivers’ 1931 Women’s Tribute Memorial Lodge (200 Woodlawn Street) into the Movement Disorders Clinic. This project involved the restoration of the original structure while adding a new, contemporary, section linked to the older building by a transparent atrium. This addition is partially clad in copper – a material selected for its capacity to evolve gracefully alongside the earlier structure’s weathered masonry. A comparable work is the remodelling of 226 Osborne Street (the former Red Cross Centre; Moody Moore Partners, 1948), beginning with the addition of a new entrance, accessibility improvements and modernization of extant office space and planned to later include office and condominium space.

Steve and Cindy Cohlmeyer were responsible for much of the early planning and design at The Forks, including The Forks Market and Plaza and The Forks Historic Port as well as such distinctive elements such as the Tall Grass Prairie Garden.

Other notable work by Cohlmeyer and his firm include the extensive refurbishment of Regina’s central Victoria Park, a project which involved new and dramatic lighting, sculptural elements and seating. This is but one example of the practice’s urban design work, which spans Canada, the United States, Africa and Latin America. The firm has also engaged in resort and other tourism-oriented, contemporary structures with minimal disturbance to vegetation and context. The Gimli Conference Centre (Gimli, Manitoba, 2002) is a colourful stucco, glass and metal addition to the Gimli Lakeview Resort, accommodating conference and meeting space, time-share suites, apartments and hotel rooms.

Over his career Cohlmeyer was bestowed with multiple awards. In 1998 he became a member of the College of Fellows of the Royal Architectural Institute of Canada. Other awards include a 2005 Award of Merit from the Canadian Architect Awards of Excellence and a 2008 Award of Excellence from the Prairie Design Awards. His involvement in the profession also saw him serve as president of the Manitoba Association of Architects. Cohlmeyer furthermore taught at the University of Manitoba Faculty of Architecture for over 10 years and lectured at universities in the United States, Uganda and Chile on issues of architecture, urbanism and sustainability. During the 2000s he also wrote extensively on such issues and civic concerns for the Winnipeg Free Press.

In addition to these pursuits, Cohlmeyer maintained an artistic practice encompassing sculpture, painting and drawing, completing public commissions and participating in gallery exhibitions and sculpture competitions. He was also recently named a fellow of the Royal Canadian Geographical Society in acknowledgement of his contribution to the field of human settlement. 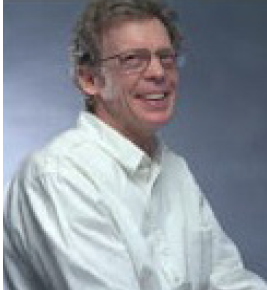