Takashi Yamashita is an architect, working in commercial real estate, finance, and development, in Toronto, Ontario. He is also the son of James (Jim) Yamashita, notable Winnipeg architect and founding member of the firm IKOY.

Takashi, a Manitoban, received his Bachelor of Environmental Studies (Architecture) in 1992 and Master of Architecture in 1995 from the University of Manitoba. He worked for Smith Carter Architects and Engineers between 1995 and 2002. His speciality were office and cultural spaces, working on projects such as the new Canadian Embassy in Berlin (Leipziger Platz 17. 10117. Berlin, Germany), a restoration of Canada House in Trafalgar Square (Trafalgar Square London, WC2, United Kingdon), and the Hudson’s Bay Company Gallery addition to the Manitoba Museum (190 Rupert Avenue, Winnipeg, Manitoba). He also taught a university course on the history of architecture from 1995 to 1998.

Takashi returned to school to receive his MBA from the University of Toronto – Rotman School of Management. Since 2004, has worked in real estate development and management. After shorter stints with RioCan Real Estate Investment Trust and The Rose Corporation, Takashi worked at GE Capital Real Estate. He is currently a partner and president at Takol Real Estate in Toronto. His background in architecture is a unique asset in the world of real-estate, giving Takashi a keen eye for design, which can correlate to greater benefit for home buyers and greater profitability. Takashi is also a member of both the Royal Architectural Institute of Canada and the Manitoba Association of Architects. 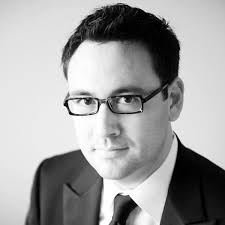