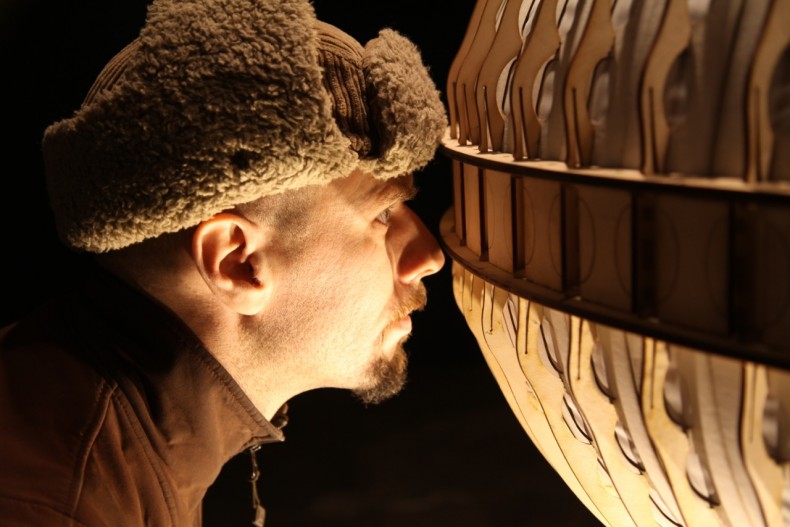 The Artist as Mad Scientist

Home Cooked Music
Dir. Mike Mariniuk, 2014, Canada, 9 min
This short documentary profiles an imaginative inventor and craftsman who makes whimsical stringed instruments out of unlikely items: shovels, rakes, baseball bats, and stop signs become beautiful and functional guitars, violins, banjos, and fiddles. After a near-death experience, retired machinist Lorne Collie embarked on his creative journey, and this heartening film offers a folksy, one-of-a-kind portrait of Collie’s spirit and talent. Through weathered doc footage and hand-crafted animation, the film shows that Collie is having more fun than he’s had in a long time and feeling more than alive.

Seth’s Dominion
Dir. Luc Chamberland, 2014, Canada, 42 min, Manitoba Premiere
Canadian cartoonist Seth, best known for comic books such as Palookaville, is one of the world’s great storytellers in the form. In his personal projects he transforms his poignant inner life into observant and witty graphic stories. He is also incredibly prolific, producing semi-autobiographical comics and award-winning commercial work, as well as what he calls his “little hobbies.” Director Luc Chamberland sheds light on his articulate subject, mixing insightful biography with vivid animation in an artful fusion of filmmaking techniques that perfectly captures Seth’s manifold creative universe. In this deft portrait of one of our most unique artists, Seth proves to be a wry and engaging narrator of his life story and artistic process.

Andrew Milne Dreams of Machines
Dir. Patrick Lowe, 2015, Canada, 29 min, World Premiere
A visually striking and fast-paced portrait of local designer Andrew Milne, who has a penchant for building BIG. From his giant camera to three flashy Zoetropes he puts on display, Milne is seen as an obsessive, but clear-minded artist whose elaborate creations are as much a work of art in themselves as the images they create.

Presented in partnership with the Winnipeg Film Group Cinematheque, as part of the Gimme Truth Festival.