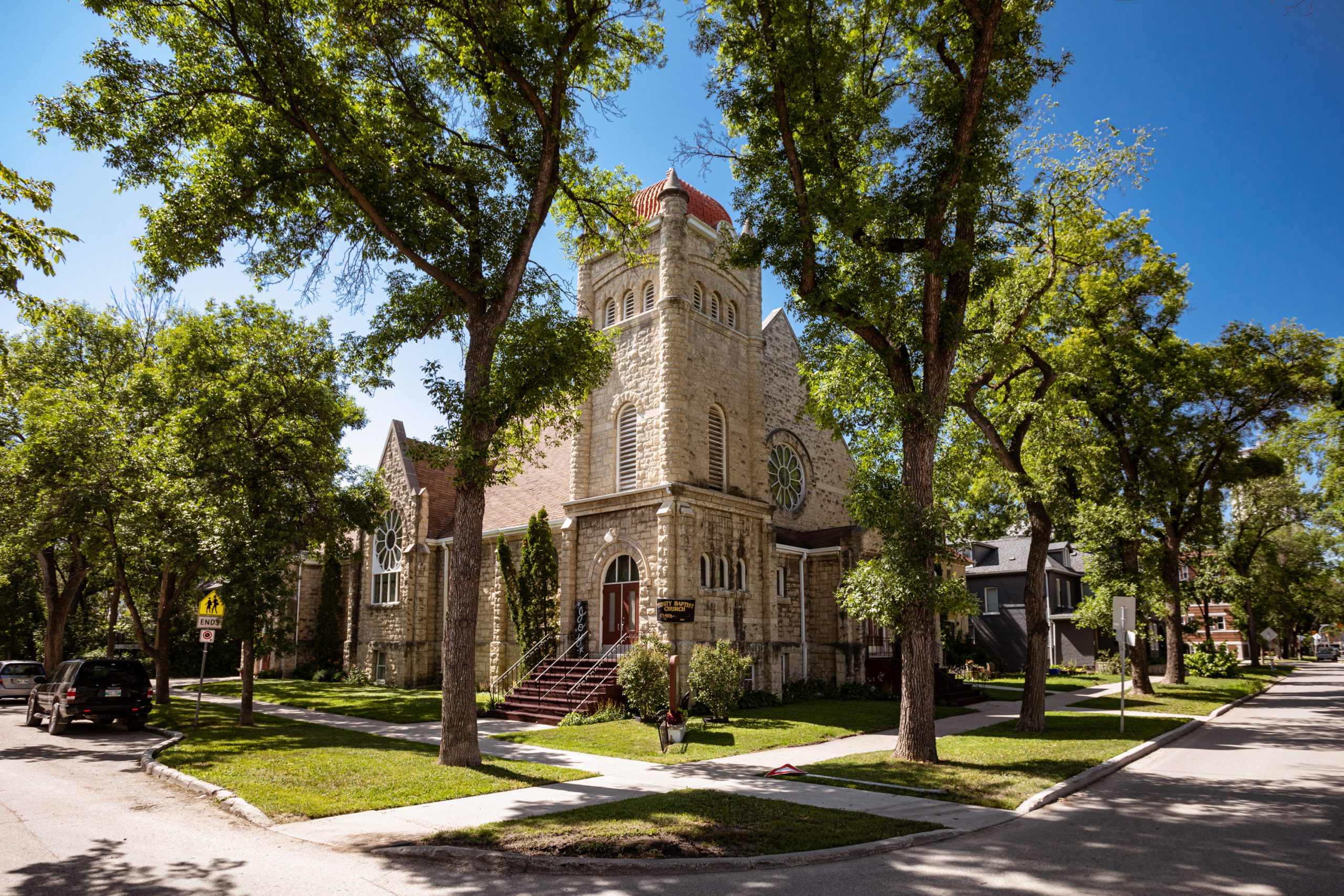 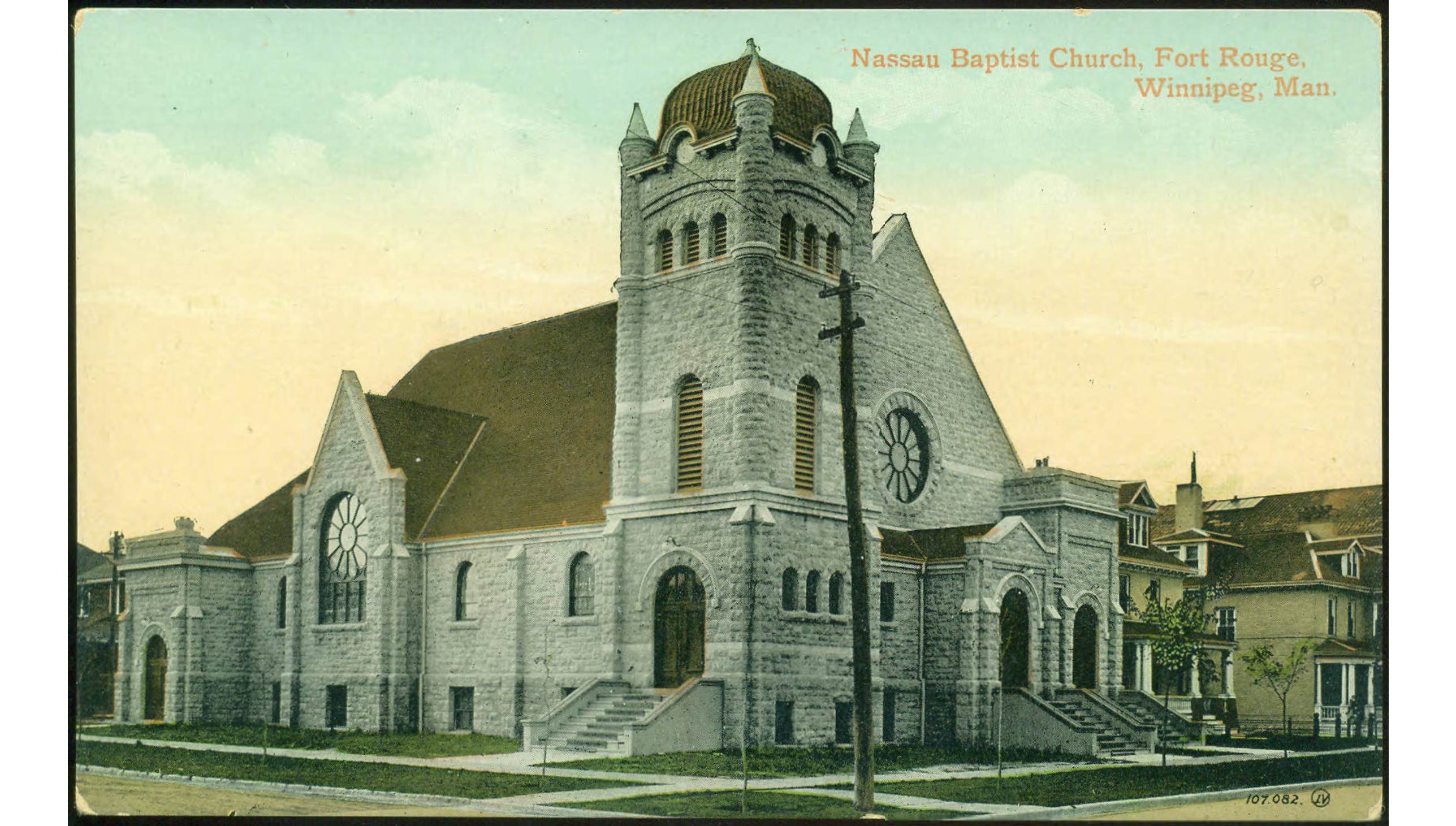 When the Trinity Baptist Church opened on September 8, 1904--built with funds donated by local paint magnate George F. Stephens—the building could hold 250 people. The small congregation of thirty-five was obviously optimistic about the church’s future. However, parishioners likely could not have anticipated how quickly the congregation would grow. A charismatic and well-liked pastor, and the population boom of Fort Rouge, led to the congregation outgrowing the building within two years.

Construction of the new church was slow. Both a 1907 recession and an unwillingness to build a new church only to immediately outgrow it again caused construction to take three years. Church trustees hired Winnipeg architect George Teeter to design the edifice of the newest Baptist Church.

Drawing predominately from Romanesque revival style architecture, Trinity Baptist Church has heavy stonework and arched windows. The church’s two towers have stone corbels and sets of three thin windows on all sides. Rose windows (circular stained-glass windows made popular in Gothic architecture), are on all sides of the church. Teeter borrowed from other architectural styles for some of the church’s details. The gables above the rose windows draw from Gothic style churches, while the tiling of the roof is attributed more towards Tudor-style structures.

The Trinity Baptist Church is something of an oddity, in part due to the combination of styles, but also because of the materials used. It is one of only a few buildings in the area to feature rusticated stone walls.

Inside the church, oak pews fan out around the pulpit which sits in front of a grand pipe organ. Few interior changes have been made, with the exception of a 1963 renovation designed by architect Roy Sellors. The basement was modified into a large central assembly room flanked by a variety of smaller meeting and activity rooms and a kitchen.