Victor Sobkowich was born 5 January, 1923, in Scott, Saskatchewan, and later moved to Pope, Manitoba. Sobkowich resided in Pope until he joined the Royal Canadian Naval Volunteer Reserve in 1942. During the Second World War Sobkowich served on minesweeping boats on the Pacific Coast and corvettes on convoy escort duty on the Atlantic in the capacity of a signalman. At the end of the war, Sobkowich enrolled at the University of Manitoba, from which he graduated with a Bachelor's in Architecture in 1950.

Sobkowich designed many buildings during his professional career. His most recognized design is that of Holy Family Ukrainian Catholic Church on Grant Avenue. The three arches on the front of the Church stand for The Father, The Son and The Holy Spirit. Sobkowich's career... He later served as Vice President and General Manager of Aetna Roofing, Construction Technology Advisor for the National Research Council and also the Clerk of the Works for the Nav Canada Air Traffic Control building on Moray Avenue.

Sobkowich met his wife, Betty (nee Field) at a dance hall in the late 1940s, marrying in 1949. Together they continued their shared love of ballroom and swing dancing throughout their lives. Sobkowich was active in many endeavours and organizations, including a long term participation on the executive of the Canadian Roofing Contractors Association, serving for a time as its President. He was a member of the Masonic Lodge for many years. He was a founding member of the Westview Dance Club in 1968, remaining as an active member of the club for over 43 years. Later on, Vic and his beloved wife Betty were able to take their love of dance and further share their passion by teaching clients to dance at the CNIB - which carries on the program to this day. Vic continued to give back, serving on the Seniors Independent Living Committee. He and Betty were also featured as the face of the annual United Way campaign and were proud to be part of a very successful fundraising campaign for that year. Other activities included participation on his Condominium Board and the South Beach Cottage Association. 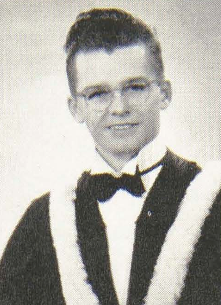