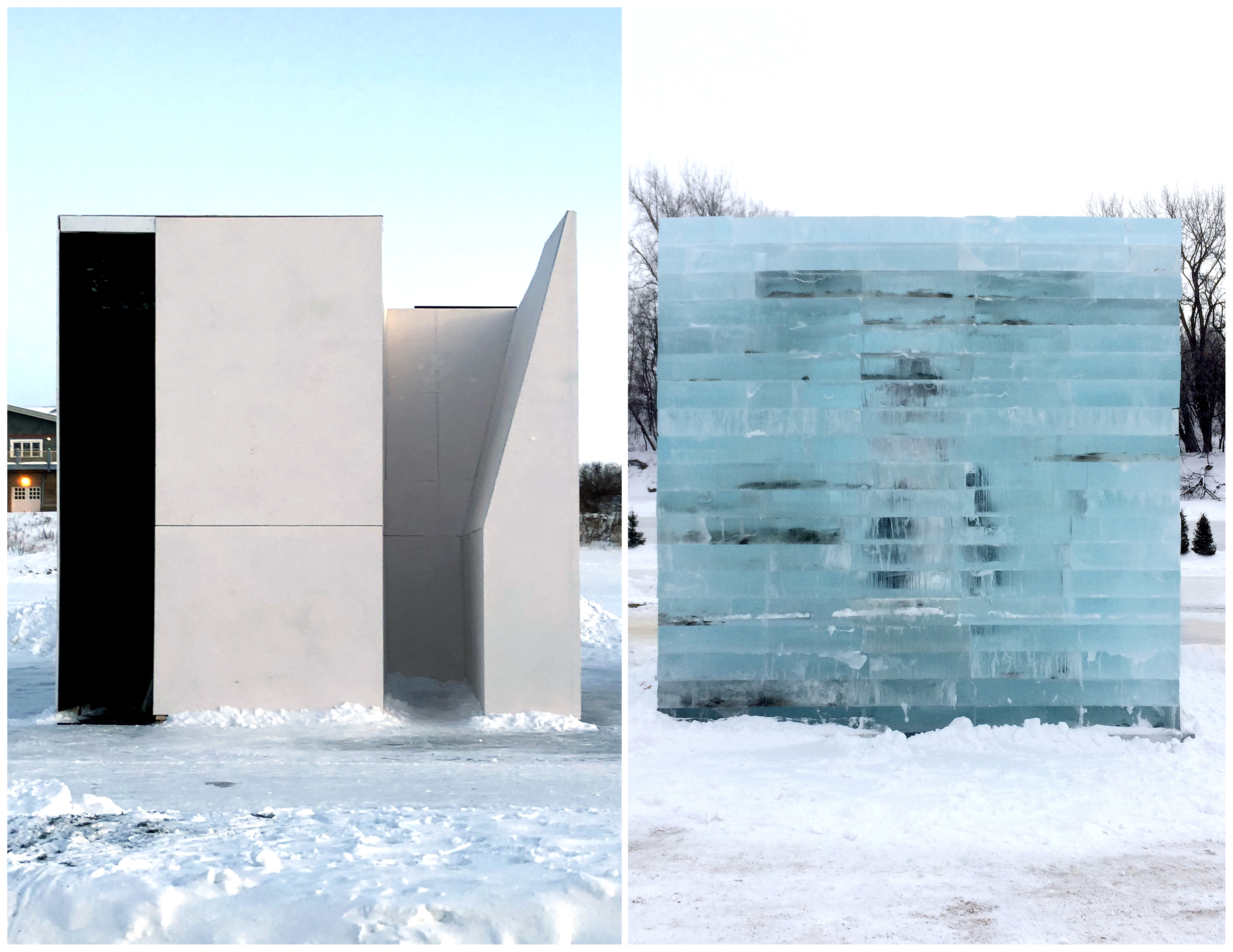 Join us for an exhibit opening and book launch on September 6th at 7 pm.The exhibit, presented in partnership with the Faculty of Architecture, University of Manitoba and the Warming Huts) will run until September 30th.

WHAK (Warming Hut for Anish Kapoor) is a sectioned cube carved to create a gradual and slow delay as one approaches, inviting the visitor inside the space to experience Kapoor’s Disks. The five-metre size cube is a direct reference to Kapoor’s Stackhouse, his ice sculpture produced for the 2017 Warming Huts Festival in Winnipeg. Seeing side by side for the first time at the Winnipeg Architecture Foundation, WHAK/Stackhouse celebrates the continuous dialogue of art & architecture in Anish Kapoor’s work. The book WHAK: Warming Hut for Anish Kapoor will be launched on the same occasion.