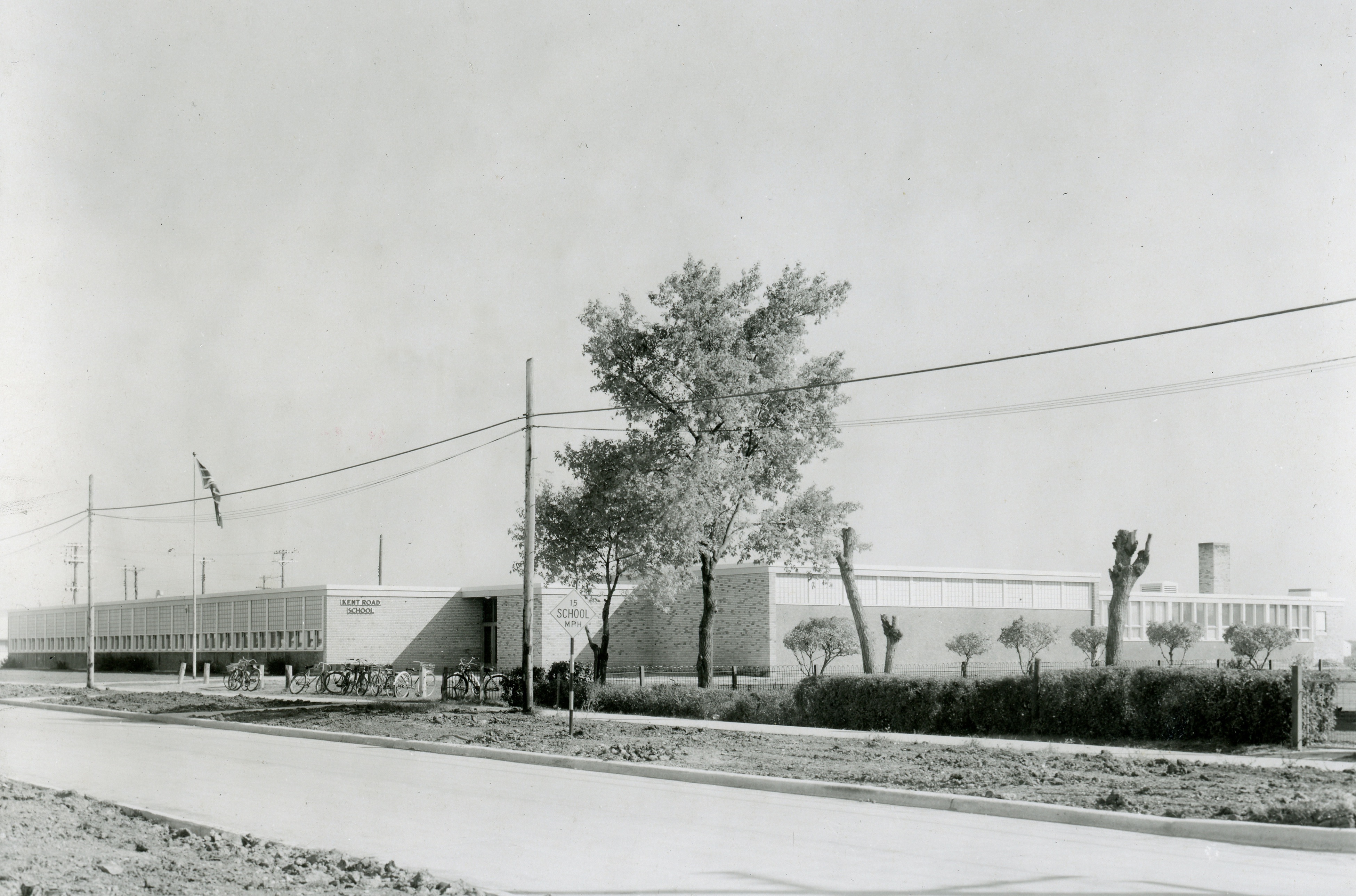 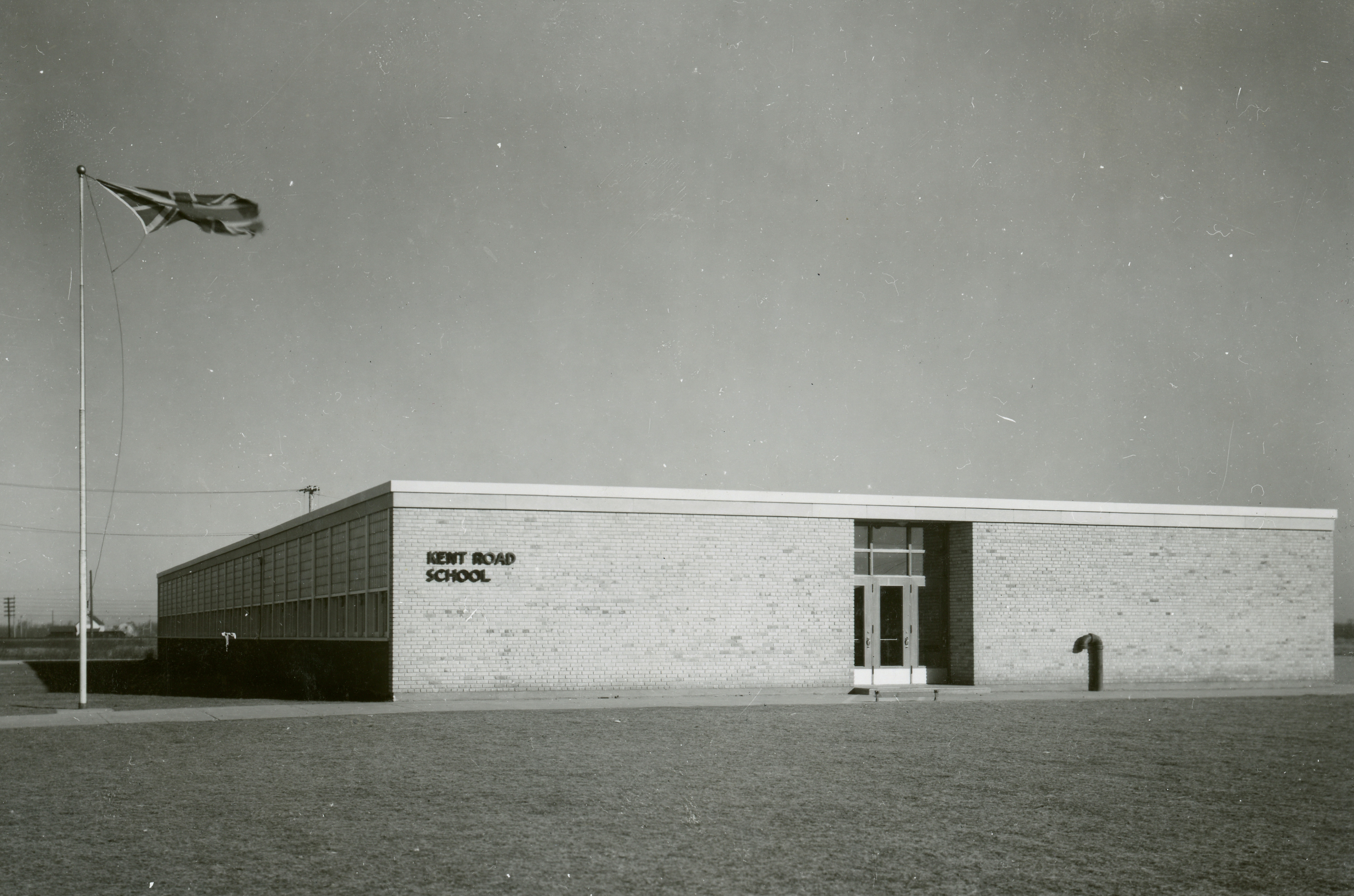 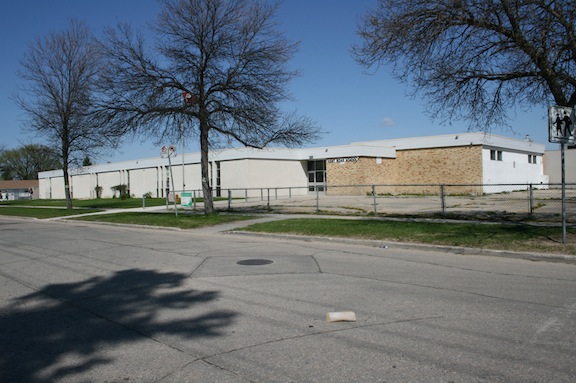 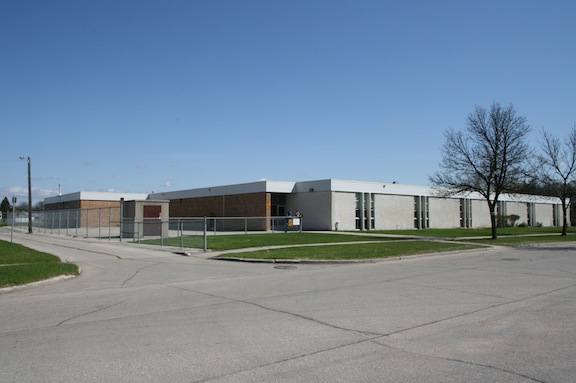 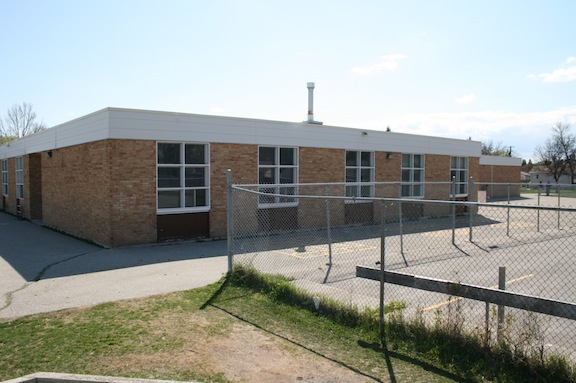 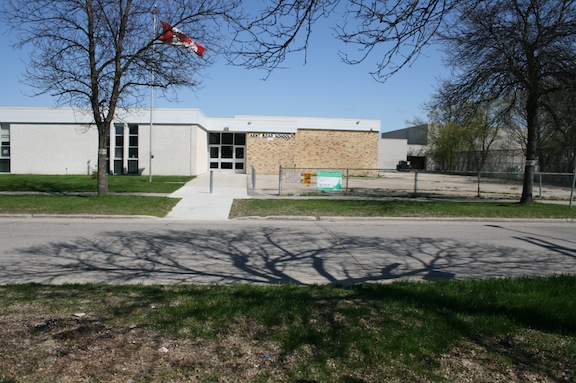 The many additions to this elementary school have created a pastiche of architectural styles and only vestiges of the early GBR design remain; at the front entrance in a variegated brown brick; in the shapes of the wall along the west elevation even though these have been refaced and all of the extensive glass block windows filled in, and in the east academic wing

One further large construction stimulus came when the adjacent East Elmwood Community Club burned down in 1971 and the school built a large joint-use addition on the west side to include a big gym, meeting rooms and other facilities in co-operation with the City and the Manitoba government; there is a large parcel of land behind the school developed with soccer fields, ball diamonds, rinks and asphalt play areas