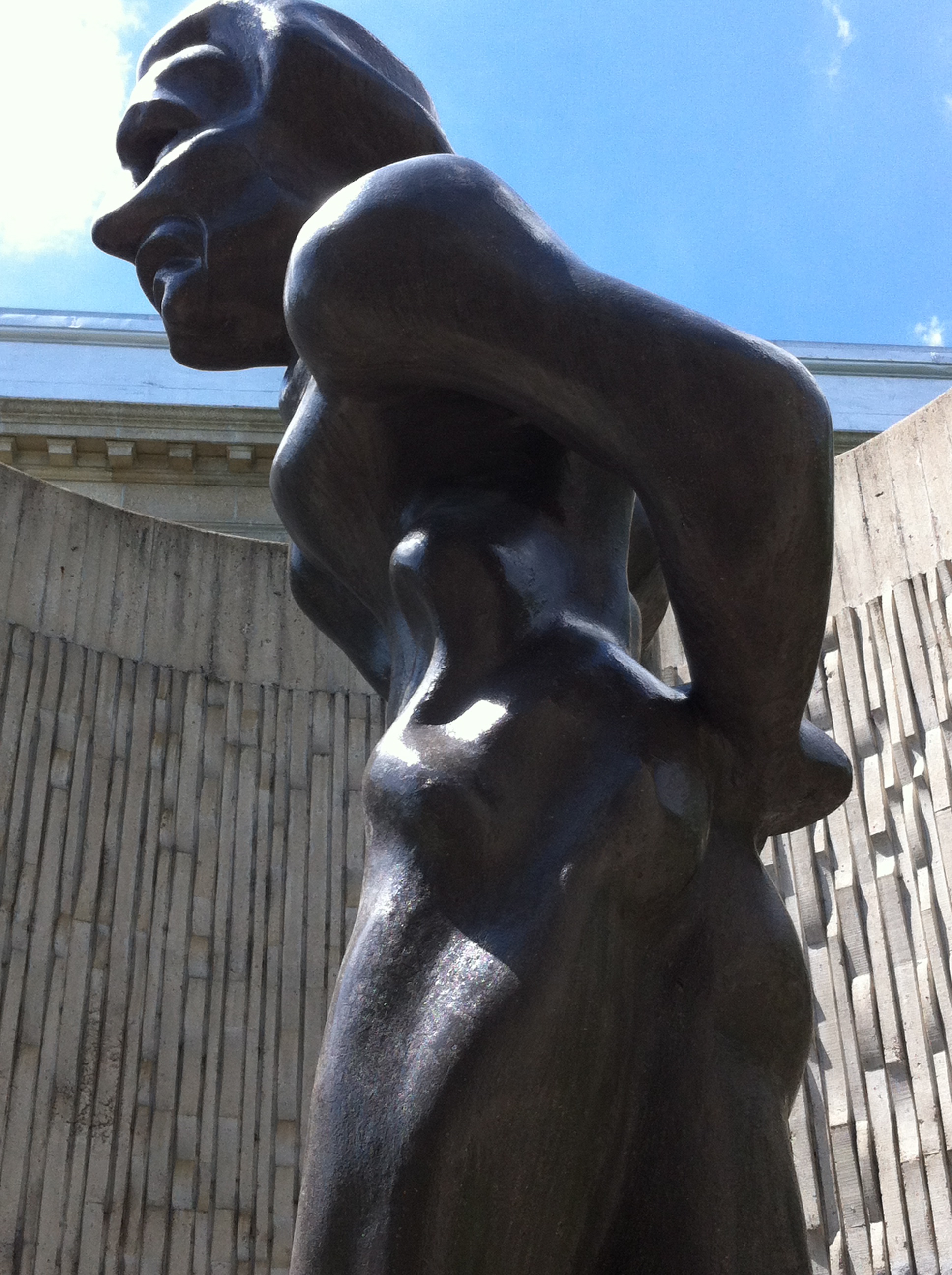 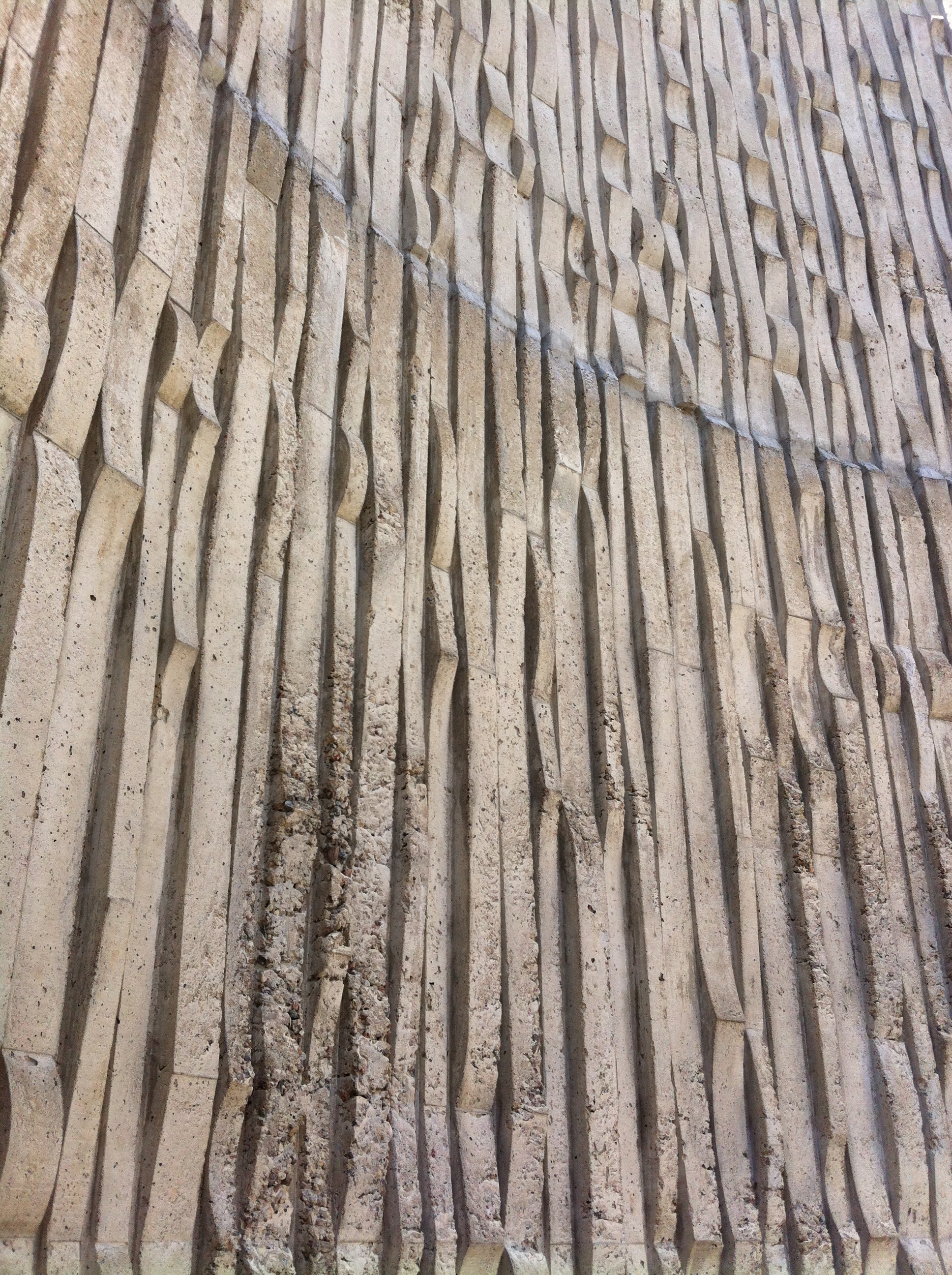 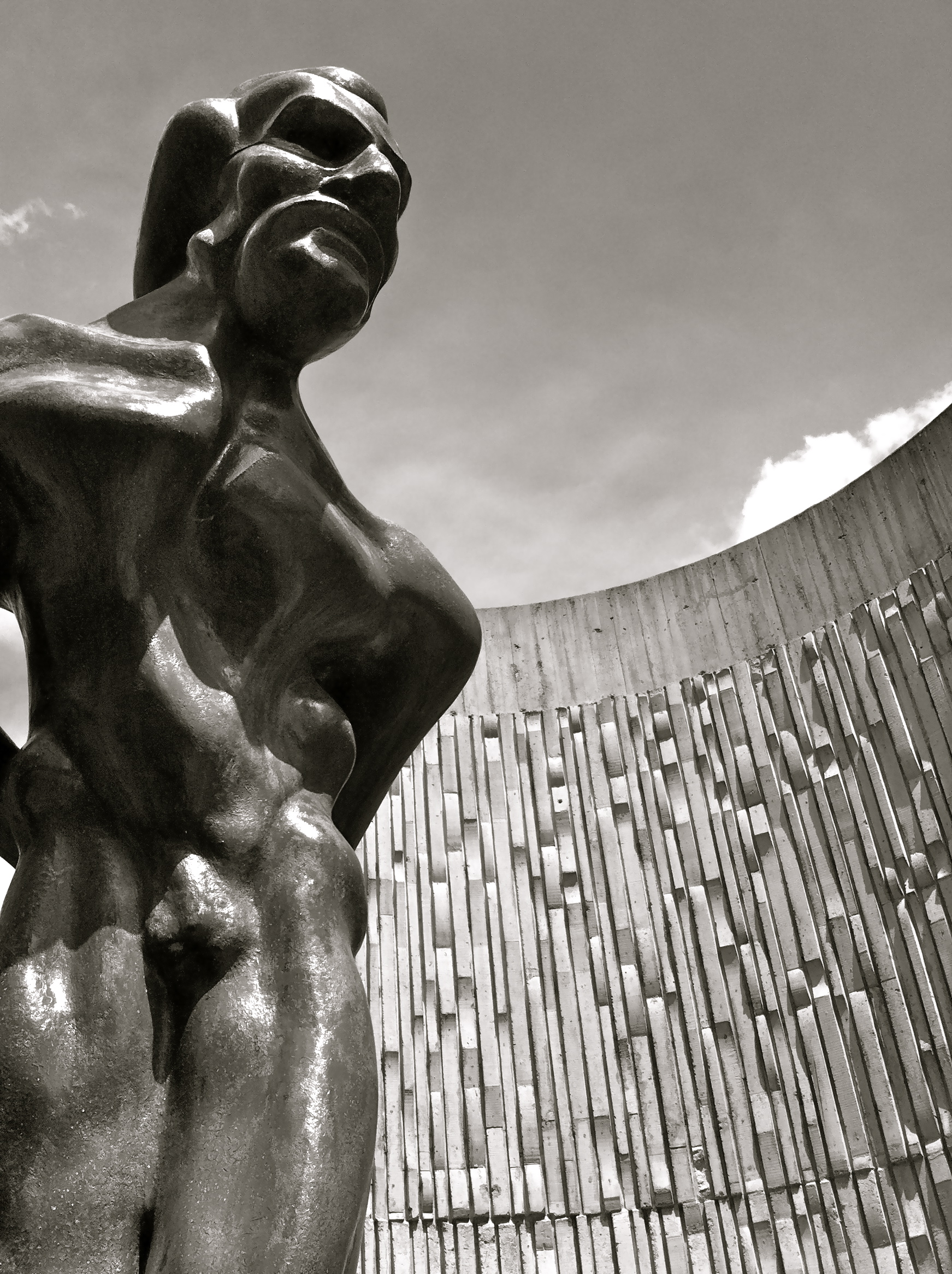 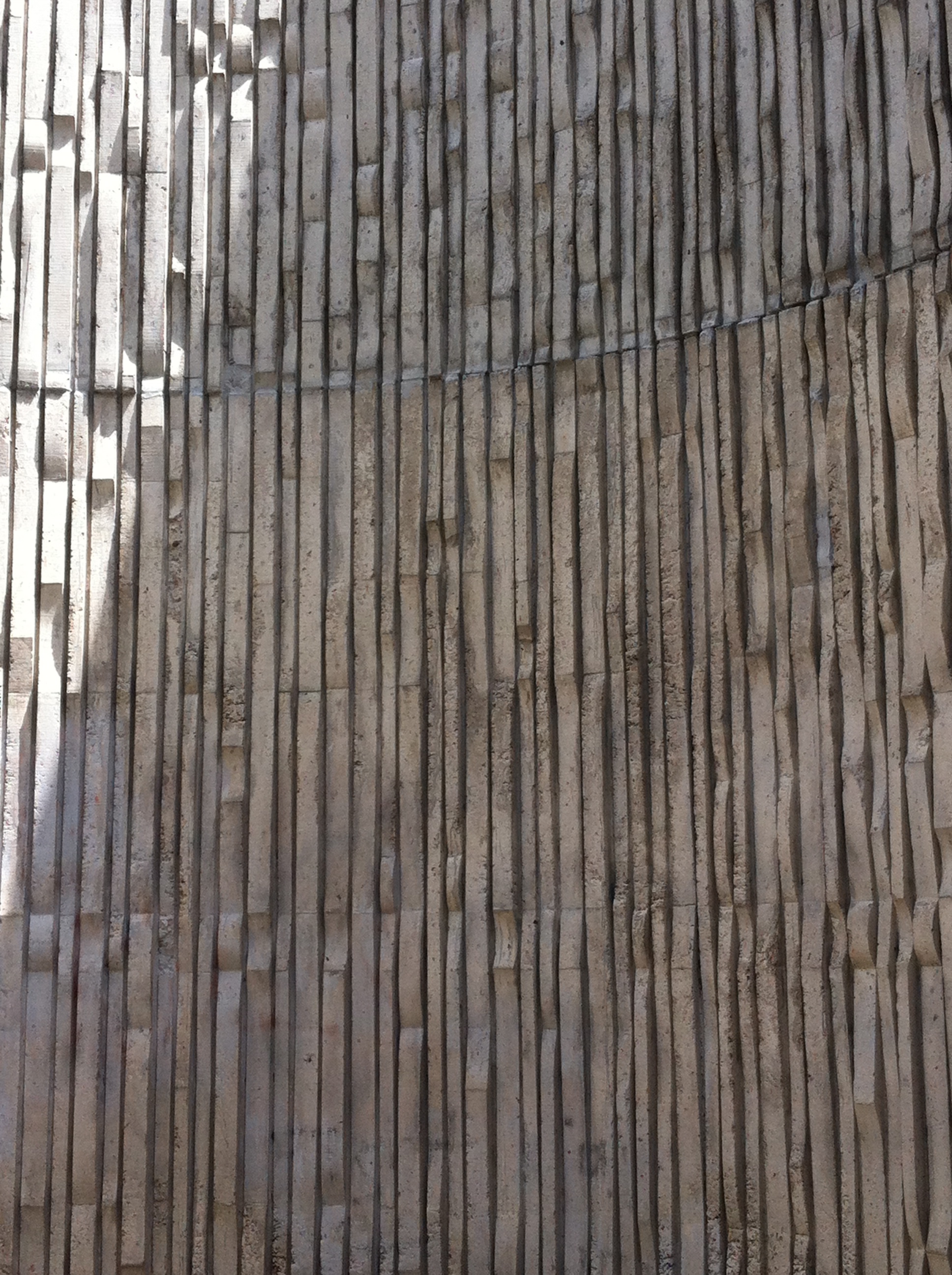 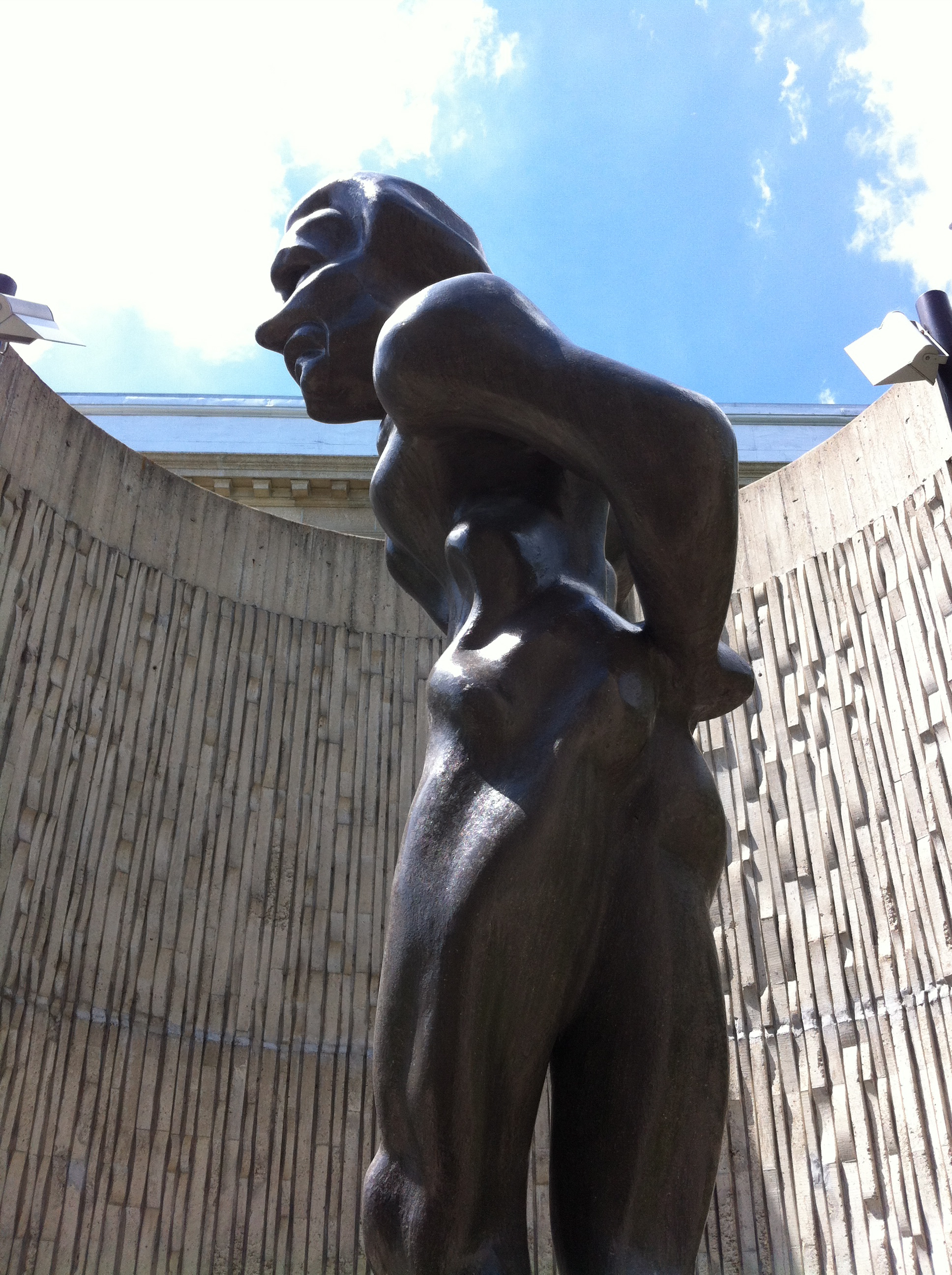 This work, commemorating Métis leader Louis Riel, founder of the province of Manitoba, was unveiled on the Assiniboine River frontage of the Legislative grounds in the early 1970s. The monument, by Franco-Manitoban artist Marcien Lemay and architect Étienne Gaboury (a distant relative of Riel) consists of two semi-circular bare concrete walls which on the exterior bear Riel’s name and the imprint of wooden form-work and on the interior feature incised lines and a unique of sculptural relief relief; these walls ensconce, within, a bronze sculpture of Riel. The sculpture depicts, in expressionist fashion, Riel as nude and misshapen. While some were content with the work and the acknowledgement of Riel, others argued that this artistic representation was an inappropriate manner in which to commemorate such an important leader. Métis leader Yvon Dumont, for instance, called the original work “shameful,” while demanding a more statesmanlike protrayal. In 1995, due to such pressure from within the Métis community and elsewhere, the original memorial was moved to grounds of Université de Saint-Boniface, where it stands today. The following year a new bronze statue of Riel by artist Miguel Joyal was unveiled on the Legislative grounds. This piece – in a more traditional style and taller than even the Golden Boy – depicts Riel in suit and tie.