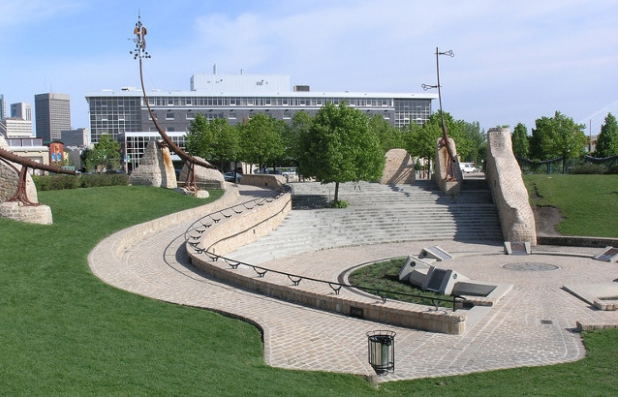 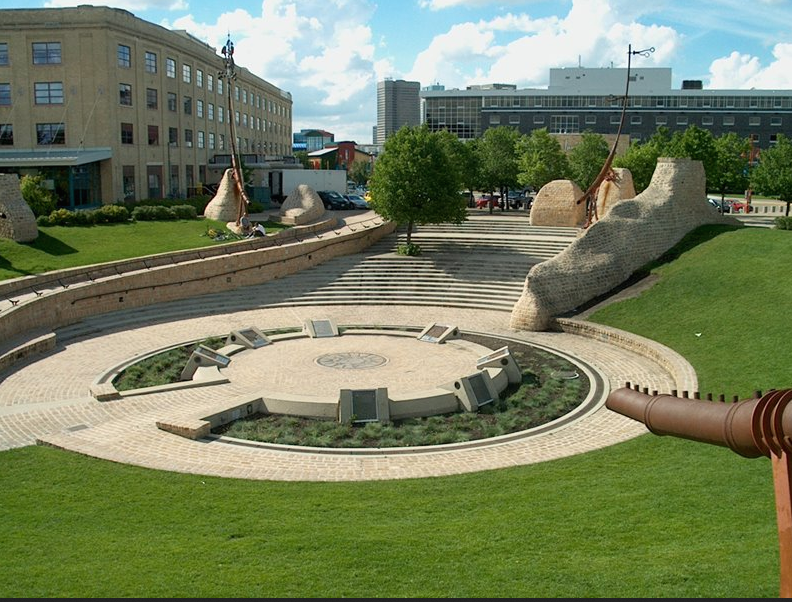 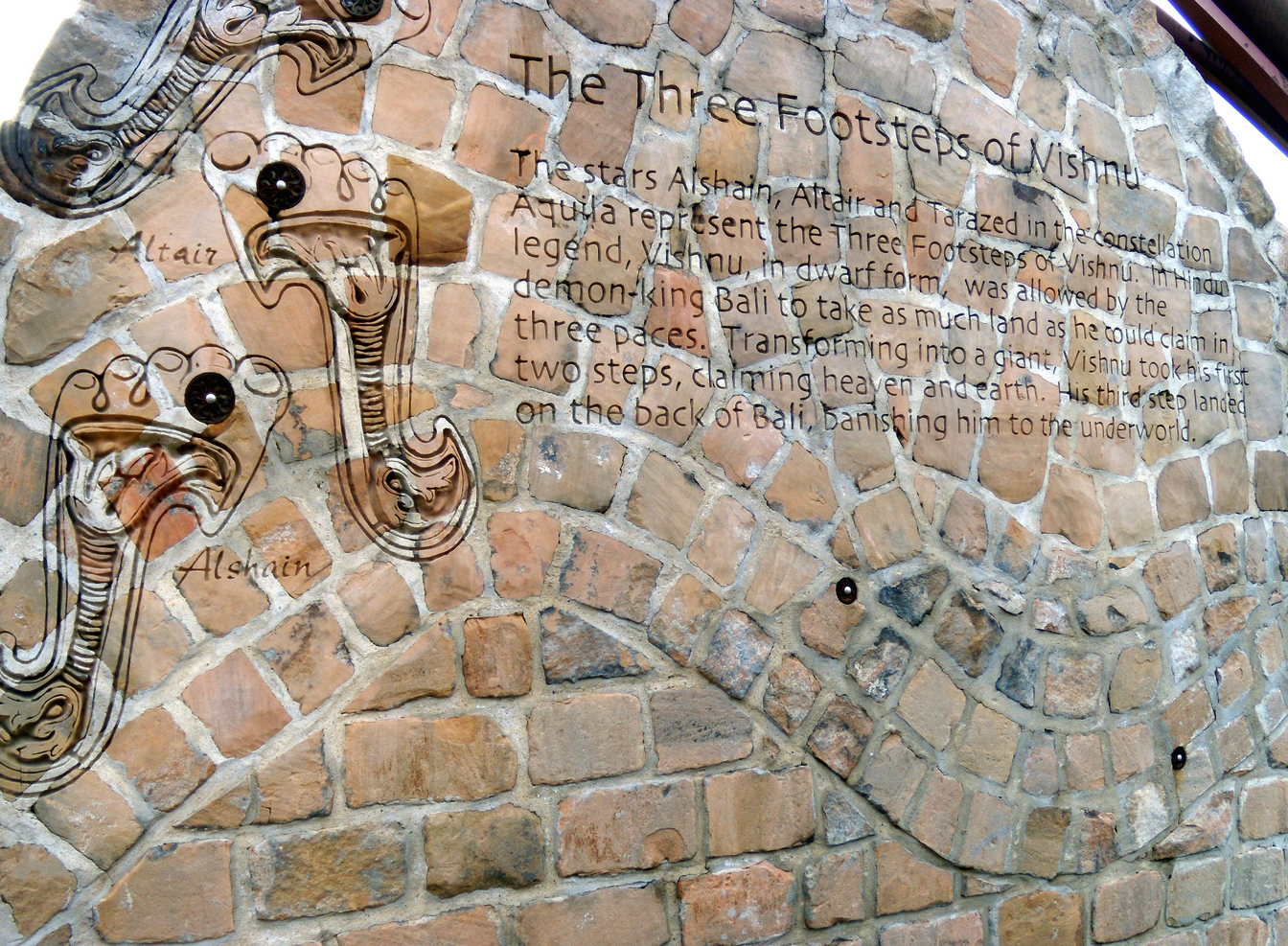 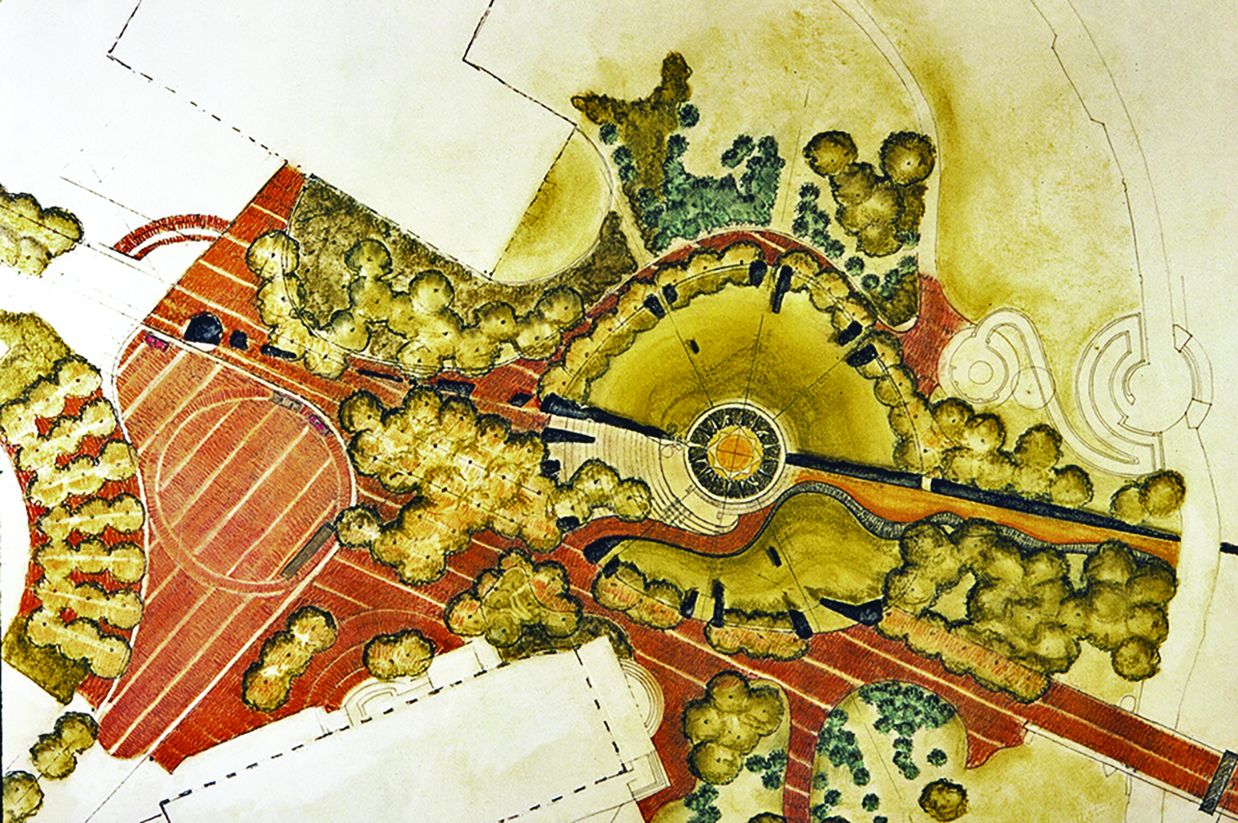 Described as “a place to gather and celebrate our common heritage,” Oodena was inspired by the myths and sacred places of the many groups drawn to The Forks over its 6,000-year history. The need for a spiritual and ceremonial centre for The Forks development was an opportunity to restore contact with the cultural history of the site and the dynamic forces of earth, water, and sky. First Nations elders were integral in the planning process. Oodena is an Ojibwa word for ‘heart of the community’.

The excavation of a three-metre deep sodded bowl removed fill deposited by the railways down to a 3,000 year archaeological horizon. Surrounding the bowl, large cobblestone bases support sculptural sighting armatures that act as guideposts for celestial orientation. Besides markers to identify sunrise and sunset on the solstices, there are guideposts to constellations from different cultures as familiar as the Big Dipper and from as far away as Vishnu’s footprints in the Vedic culture. An ancient instrument, the Aeolian harp, and a weather vane both respond to wind atop two of the guideposts.

The bowl dips to a circular stage with a stone medallion in the centre which covers a fire pit. This space is used as a theatre for events and performances. Mysterious and compelling, this award-winning site has succeeded in becoming an intimate gathering place for ceremonies both formal and informal.